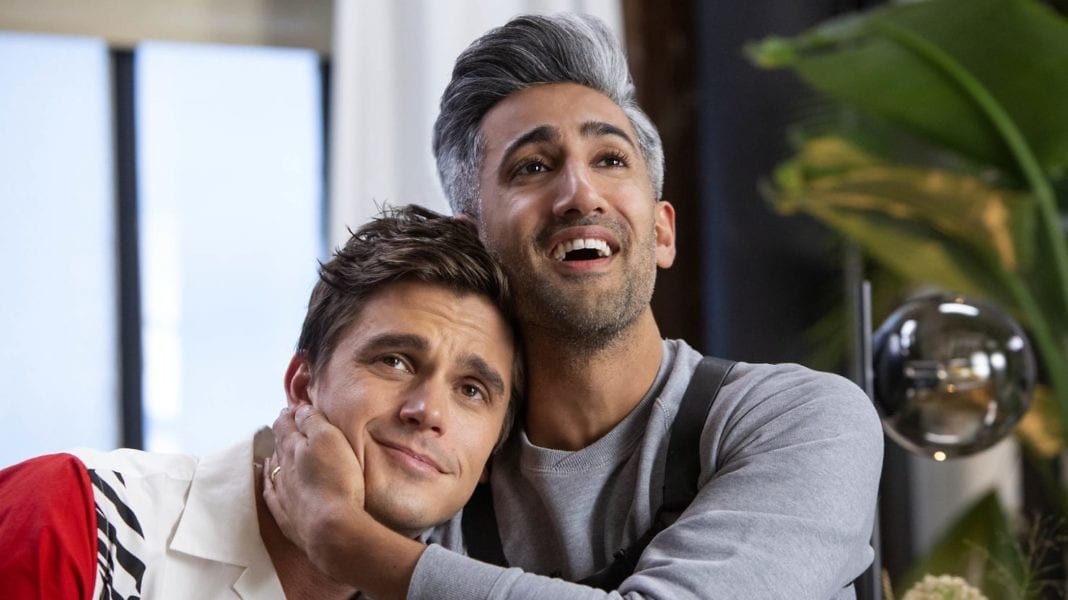 For months now, I’ve craved the Fab Five’s BFF brand, each episode the emotional equivalent of sipping a hot toddy under a weighted blanket.

Are Jonathan’s catchphrases sometimes irritating? Do Bobby’s made-over rooms often look like ads for Target’s next home-goods line? Are the boys’ convos about polarizing issues with their subjects, squeezed in between mattress and vintage shopping, a little forced? Sure, but I want it all.

Sometimes, I need to zero in on a storyline that reminds me that there is love in the world. That people are inherently good and open to change. That my face muscles are capable of forming a smile.

This is a community where members are excited to post their most loved streams—and eager to find new ones. Thanks to them, I’ve found many amazing shows and movies like Sex Education and Juanita.

I asked the Binge family to share their favorite “feel-good” binges, a la Queer Eye, why they love them, and where you can stream them.

P.S. Join the Binge to find your next spark of joy.

Why You Should Watch: “Everyone is respectful and supportive of each other. It got me through recovery from a huge surgery,” says Mindy C. The contestants are “kind and helpful to each other,” adds Meghan G. “It’s important to have reminders of that kind of human goodness these days.”

Why You Should Watch: “I get all my warm and fuzzies from The Good Place,” says AK White. “Something about Michael’s reckless joy at poking holes in the human experience—and delighting in it so deeply—really reminds me to be on the lookout for the little things when the big things… really clog up my feel-good conduits.”

Where to Binge: Netflix, Hulu, NBC

Why You Should Watch: “I haven't loved characters on a show this much… maybe ever! It’s the only show that makes me smile inside and out and truly helps me to escape reality,” says Christine K.

Where to Binge: Netflix, Pop TV

Why You Should Watch: “I started watching to fill the [Sex & the City] void because this is a Darren Star show, and it doesn’t disappoint. The fashion is on point (Patricia Fields back), it has an incredible ensemble cast, and a very unique storyline. It’s fluffy, it’s poignant, it is escapism in its finest form.” —Lisa S.

Where to Binge: Hulu, Paramount

Why You Should Watch: “It’s about a Cuban Family in L.A. and it takes place in our current day, tackles current issues with humor and insightful [consciousness],” says Mahesa A. “Everything from race, gender, sexuality, politics, family dynamics, addiction and it’s written really well. Plus—very diverse cast and Rita Moreno is EVERYTHING.”

Where to Binge: Netflix (though sadly, it was just canceled, which our senior entertainment reporter called Netflix’s most infuriating programming decision to date)

Why You Should Watch: “It’s my go-to show when I need cheering up, background noise, to de-stress and some hope. The show is funny and reminds me to focus on silver linings when I dont think there is any. Plus, it's a huge proponent of self care #TreatYoSelf,” says Maneeza I.

Where to Binge: Netflix, Amazon, Hulu

Why You Should Watch: This show “touches on topics that are relative to me; aging women who love, live, fail, argue, and [who are] learning about relationships with themselves, friends and family. I feel so sad when I get to the end of each season. Feels like a friend has left,” says Beth L.

Why You Should Watch: “I have insomnia, but I find the characters on that show so comforting that they put my mind at ease and I am able to fall asleep. They feel like friends to me,” says Meghan G.

Where to Binge: Hulu, NBC

Why You Should Watch: “It has a little of everything—excellent writing, edgy humor and interesting character development. I was always rooting for them and could relate to the family. When you feel a sense of loss after the finale, you know it was worth your time,” says Stephanie S.

Why You Should Watch: “It’s fkn hilarious,” raves Mairys J. “They talk about mental health as one of the throughlines of the show, but they do it in a comedic yet genuine way. AND they break into musical numbers. You cannot help but start smiling or cracking up at either the songs or Rebecca’s antics.”

Where to Binge: Netflix, The CW

Why You Should Watch: “It's better than a church service,” says Carol L. “I usually cry at the tenderness in the episodes. The midwives and nuns serve a poor and harsh section of London. Yet they manage to provide support and help to people in the most difficult situations, including dying. Oh, I cannot tell you how much I LOVE this series.”

Why You Should Watch: “As cringeworthy as Michael is, there is a comfort that comes from those characters and that building, and their friendships and rivalries. It's hard to explain, but I love it so much,” says Kathryn S.

Pssst—remember to join The Binge!