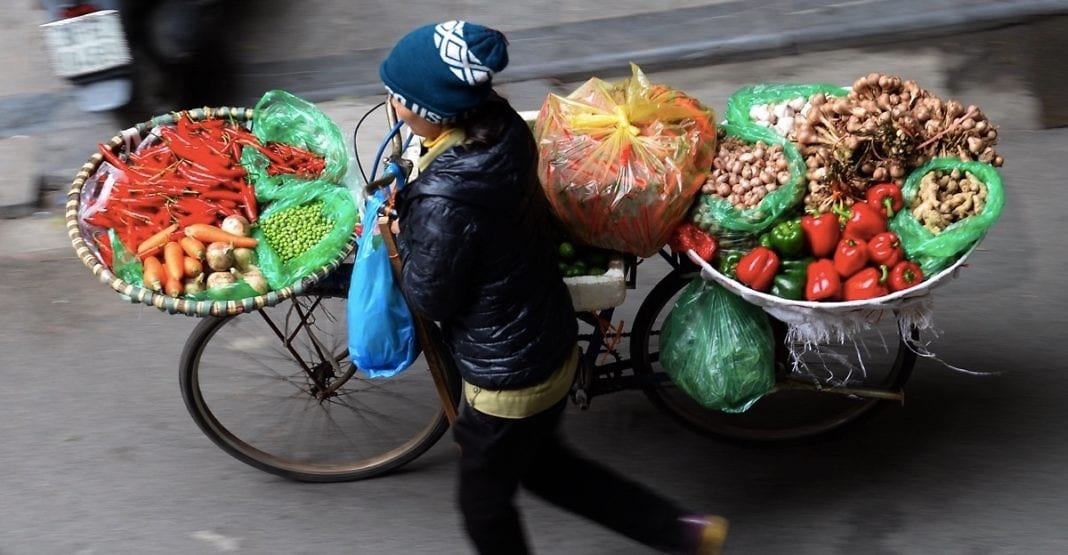 The Lunar New Year is China’s biggest holiday. Around the world, families are coming together to celebrate.

While often referred to as Chinese New Year or The Spring Festival,the celebration extends far beyond mainland China, with festivitiesand religiousand cultural events occurring around the globe.

EvenNew York Public schools have today off to celebrate, and on Feb 6, 2016, the Empire State Building lit up in red and gold to celebrate the new year.

From aromatic flowers and spicesto colorful dragons andhong bao (the traditional brightred envelopes filled with money and given to children) Lunar New Year is a feast for the senses.

Here’s 25 amazing photos of the hard work that goes into these celebrations, and what it looks like when all that planning pays off:

1. In Hanoi, Vietnam, vendors begin selling vegetables and produce ahead of the celebrations.

2. People shop for red envelopes that hold the lucky-money that is traditionally given to relatives and friends.

3. These amazing dragon puppets are ready to give it their all as they parade down the streets.

4. It’s a sea of red and gold as a woman shops for Lunar New Year decorations in Kuala Lampur’s Chinatown.

5. Bulbs with eight stems are considered good luck that’s what these customers are looking for at a flower market in Hong Kong.

6. Lunar New Year decorating pro-tip: One can never have too many red lanterns.

7. Seriously. So many red lanterns.

9. Hundreds of millions of people in China alone travel to their hometowns to celebrate Lunar New Year with their families.

10. The Lunar New Year is the largest annual migration of humans, causing major lines and headaches across China.

11. Travel was complicated this year by wintery weather conditions that left many revelers temporarily stranded.

12. Trains across China were completely packed, with no seats to spare.

13. This Lunar New Year marks the beginning of The Year of the Monkey.

14. Here, a decoration bears the image of a monkey (and a Pepsi logo) in Hanoi, Vietnam.

15. Last night, celebrations were held around the world to welcome the Year of the Monkey with Lunar New Year events.

16. In Latha Township in Myanmar, men performed a dragon dance.

17. In Los Angeles, CA, a couple prayed with joss sticks at a temple.

20. People in Kuala Lumpur did the same at their temples.

21. Fireworks lit up the night in Dandong, China.

22. The New York City skyline had a Lunar New Year fireworks show of its own.

24. At a temple on Indonesia’s Bali Island, people offered prayers at a temple.

25. In Dandong, China, a man set off fireworks of his own.

26. At a temple in Hong Kong, used joss sticks (incense) piled up, evidence of yet another successful and happy Lunar New Year celebration.

Wishing all who celebrate a safe and happy new year!

Cobweb cakes are the spooky Halloween dessert of your dreams