Want to feel like a genius? These mind-expanding podcasts will give you everything you need to do just that 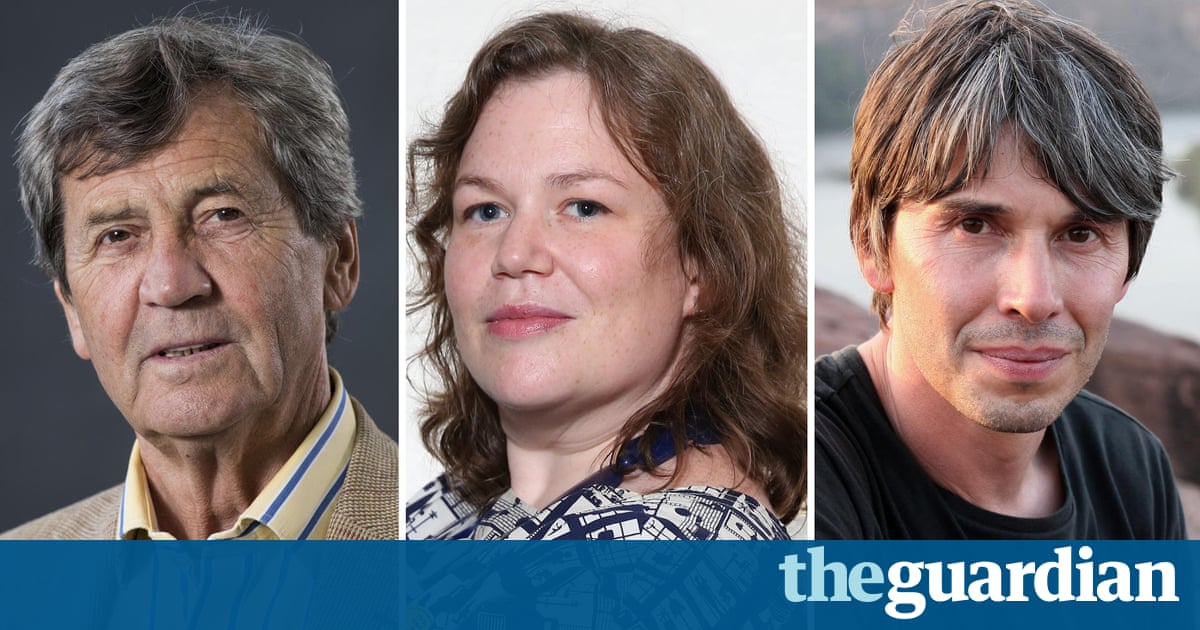 As the cold rustle of conkers start to hit the pavements and a new generation of pencil cases bulge under the weight of novelty felt-tips, it must be the start of a new term. Sadly, we cant all be going back to school. But that doesnt mean we need to let our brains fester like an opened tub of yoghurt on a hot day. The audio wonderland of modern podcasts is ripe with all the insight, analysis, facts, statistics and research you need to at least blag a GCSE. Here is a rundown of some of the best podcasts to make you feel (if not actually sound) like a genius:

The weekly stories from This American Life often spread beyond traditional state borders their recent episodes from Greeces refugee camps were brilliant, with reports on romance, wild pigs, women doing their laundry in a baseball stadium locker room and what its like to live in a former psychiatric hospital. You can also trawl the archive for stories from Haiti, the lie that saved Brazils economy and even the odd look at Europe (yes, they too covered Brexit).

A weekly listen to From Our Own Correspondent will do more for your understanding of global news than my curriculum ever managed, while The Documentary podcast from BBC World Service can cover anything from protest in Putins Russia to Syrias secret library and incubator babies on display in Coney Island.

The New Yorker Fiction Podcast is like the greatest book group, English seminar and public lecture you never joined. Each month the magazines fiction editor, Deborah Treisman, invites a different New Yorker author to choose and read aloud a story from the magazines archive then discuss it. I started with AM Homes reading Shirley Jacksons short story The Lottery, set in a sinister village, and it haunts me still.

Is English language your bag? Then Helen Zaltzmans The Allusionist is the etymology party youve been waiting for. After all, who knew a simple word like please could have such completely different meanings and uses on either side of the Atlantic?

If you like your journalism lengthy, perhaps the Longform interviews with journalists such as Malcolm Gladwell and Kathryn Schulz, speechwriters like Jon Favreau who worked with President Obama and editors like David Remnick will tickle your pickle, or the Guardians own excellent Long Reads audio series. After all, readings for squares, I heard.

There are some amazing science stories in the RadioLab archive, from a genuinely terrifying exploration of the howling, spit-thickening spread of rabies, to the woman put in a coma as an experiment and a look at the day the dinosaurs died.

You can go a long way at a dinner party with a couple of the BBCs Inside Science episodes under your belt, and first dates will whizz by with the science anecdotes afforded by the last season of Invisibilia. Not to mention the unending popularity of Prof Brian Cox and Robin Inces Infinite Monkey Cage.

If Melvyn Bragg had been my history teacher, rather than a woman who decorated her classroom with warnings about the dangers of ragwort, I may have ended up with quite a different degree. In Our Time will teach you more about world history than most museums and you dont even need to pack a lunch. Im particularly enjoying the latest series on the history of The North.

Elsewhere, Stuff You Missed in History Class will give you a good grounding in everything from Chinas Great Leap Forward to the Matchgirls Strike and the Anglo-Cherokee war.

For those who prefer their history a little more specific, Im a huge fan of Great Lives, in which a notable modern figure looks at a person from the past who has inspired or excited them try Sara Pascoe on Virginia Woolf or Anthony Horowitz on Alfred Hitchcock.

If The Essay from BBC Radio 3 was a country, Id move there. There are amazing features on everything from British film comedians to Dadaism, great sonnets, and the artistic impact of the fall of the Berlin Wall. Adventures in Design is a topical (if now behind-paywall) look at modern graphic design, while Song Exploder invites musicians and songwriters to pick apart their compositions in forensic detail. And if you want to delve into the world buildings-first, then 99% Invisible is far more than just an architecture podcast.

What I know about sport could fill the sweaty confines of a Slazenger Classic Abdo Guard, but even I have been known to laugh at the ArseBlog podcast. Particularly when Irish writer and presenter, Andrew Mangan, described striker Olivier Giroud as a big fucking ride.

The murky subjects of toxic debt, trading in oil, the economy of housing, Brexit and how to count your bitcoins are made more comprehensible thanks to NPRs Planet Money. It wont teach you how to do long division, but it will give you some prime number chat. Also worth a listen is the BBCs mathematics show More or Less, hosted by the Undercover Economist Tim Harford, which takes a look at the real stories behind the statistics found in the news.

Whether youre dating, starting a new job, or just want something new to say to your pets, you can learn a lot from the The Inquiry, which has programmes on everything from coral reefs to putting solar panels in the Sahara desert. The Middle East Week podcast will give you a great grounding on some of the worlds most controversial issues, More Perfect is a fascinating look at the American justice system and you can get to grips with some serious international relations via Global Dispatches. Little Atoms, from Resonance FM, will help you scrub up on politics, literature, science, art and comedy, and I have learned pretty much everything I know about farming, food, technology, growing vegetables and the rural economy thanks to The Archers (not to mention the rigours of baking ginger scones).

Let’s Get This Bread: Your Autumn 2018 Career Horoscope · Betches

How to cook the perfect pitta bread