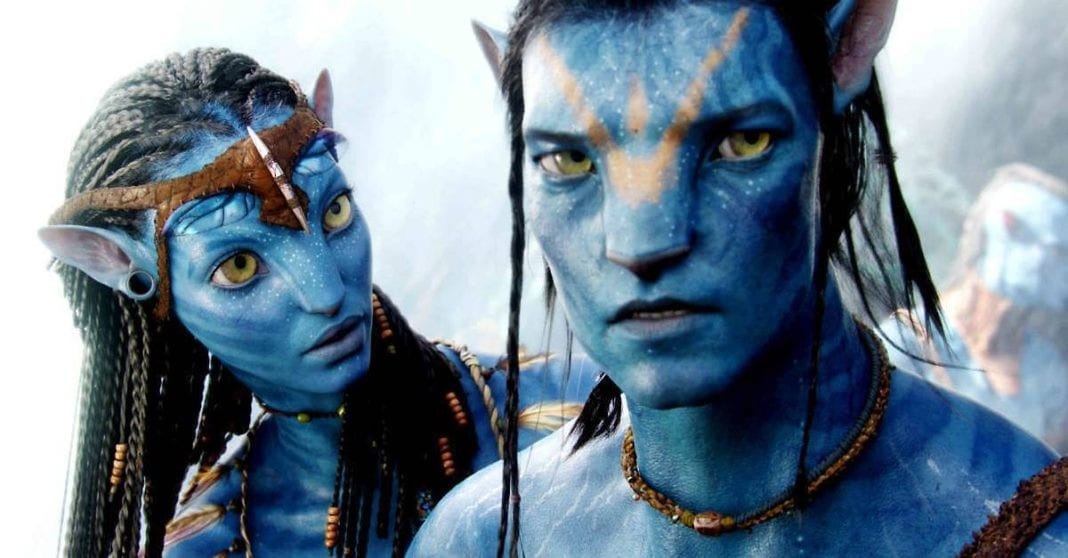 Movies often show us a caricature of reality. Heroes are more heroic, kisses are more passionate, children are even more unbearable, etc. The one place where this breaks down is that villains often aren’t more villainous than they are in real life. When it comes to being terrible, actual human behavior can run laps around the human imagination (or at least what we want to see on the screen). Here are five examples of cartoonish, over-the-top evil schemes that are still less horrifying than their real-world counterparts.

The villain of Quantum Of Solace is Dominic Greene, who calls himself an “environmentalist entrepreneur.” We immediately know he’s a force to be reckoned with, because anyone who can bill themselves as an “environmentalist entrepreneur” without being choked to death must know what they’re doing. Greene is helping a Bolivian general overthrow the government in exchange for a large swath of desert which everyone assumes he wants for oil. That’s why every third sentence of this movie is “But there’s no oil there!” He buys drills, pipelines … basically everything but a ten-gallon hat. But there’s no oil on his land! Then the twist comes that Greene is actually after the most precious substance of them all: water. Presumably because you need to stay hydrated when everyone is trying to beat you up for being an “environmentalist entrepreneur.”

Greene is actually interested in the land for its water rights, creating a Bolivian water monopoly. While Bolivian Water Monopoly would make a crazy fun slip n’ slide board game, it is a decidedly less fun economic entity. Greene plans to extort the poor people of Bolivia, who will have to pay double for their water or die of thirst. That is some serious Bond-level evil.

The actual company that tried basically this exact same plan was the Aguas del Tunari consortium, primarily funded by the largest civil engineering company in the US, the Bechtel Corporation. They won the bid to privatize the water system in Cochabamba, a dismally under-serviced Bolivian city. They planned to come in, reduce inefficiencies, build out infrastructure, and make a healthy profit for the foreseeable future. At first blush, that doesn’t sound too evil at all. 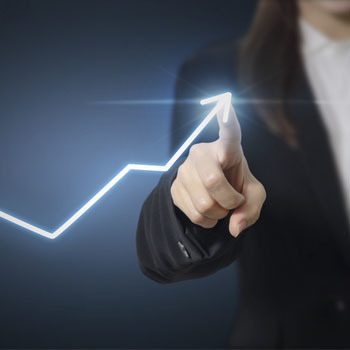 Unfortunately, in order to win the bid, they had to agree to build Mayor Reyes Villa’s pet project: an ill-conceived and expensive dam that would primarily profit his backers. Bechtel was willing to build the dam, but obviously the cost wasn’t going to come out of their end. They used their newfound monopoly status to pass the cost of the stupid satin-laced dam on to consumers. After all, what were they going to do? Not pay for water?!

They did not pay for water. The increases passed on to poorer customers were too much to bear, and riots broke out, in what is known as the Cochabamba Water War. Bechtel had bitten off more than it could chew.

Protests brought the nation to a standstill and forced the government to rescind the deal with Bechtel and co. That’s when Bechtel decided to really go above and beyond in the field of being giant assholes. In true villain form, the company sued Bolivia for $25 million for lost profits that they thought they should have earned if they hadn’t legitimized a huge waste of public money, thereby inciting a riot. They wanted the people so poor they couldn’t pay for water to foot the bill for their bad wager.

In terms of their overall business plan, Bechtel did everything Greene did in Quantum Of Solace, but then also tried to shake down the country to pay for their board’s mistakes. That makes them evil with a final note of cowardly bureaucratic pettiness. I don’t think that makes them any more evil, but it does somehow make them 30 times more punchable.

The villain in The Firm is the unscrupulous law firm of Bendini, Lambert & Locke. The firm does a lot of villainous things, like overcharging their clients, blackmailing their employees, and decorating their law offices like a library inside a Caesar’s Palace. While all these things made them assholes, what makes them rich is laundering money for a mafia family from Chicago.

I know that these days, we are all painfully aware of the many, many evil things people in the financial services can do, like defrauding investors, gambling with teachers’ pensions, or supporting the musical career of Chris Brown. But laundering money for the mob is right up there. In order to get filthy rich, this cartoonishly evil law firm runs the books for the mafia so they can better bully, rob, extort, and sometimes even kill innocent people.

In the real world, prestigious Memphis law firms don’t typically launder money for the mob. They would be risking their entire lives in jail (or worse) for a get-rich-quick scheme. Instead, huge multinational banks launder money for far, far worse organizations.

In 2012 the Senate released a report which found that the enormous, venerable bank HSBC had been laundering money for groups associated with Al Qaeda, Hezbollah, and directly for the Sinaloa Cartel. That means the fourth-largest bank in the world was laundering the money of “the most powerful drug-trafficking organization in the world.” Which means there’s a promotion in store for whoever came up with the cashback system that lured them away from the other three biggest banks in the world. 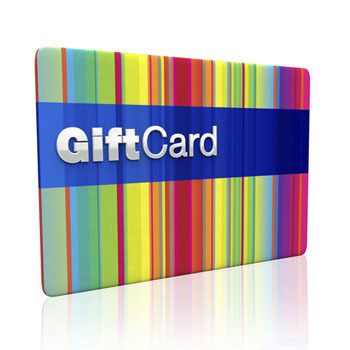 A) Clientele: Comparing even the toughest of mafia families to any of the groups HSBC was dealing with is like comparing a boxer to a silverback gorilla. The Sinaloa Cartel, for example, are known for both the brutality and the sheer number of their killings (they are suspected in tens of thousands of murders in just the past 10 years). HSBC also aided rogue states, such as North Korea and Iran. That means they assisted in mass murder, terrorism, and treason. If any of that had been in The Firm, John Grisham would have received a thousand simultaneous phone calls asking if he needed a hug.

B) Scale: While it certainly looks like the Memphis-based accounting firm did very well for itself, its profits didn’t appear to be the GDP of California. HSBC laundered at least $1.5 billion for cartels and sanctioned countries like Iran, Sudan, and North Korea.

C) Impunity: They were caught, and nobody went to jail. As connected and sleazy as the lawyers in The Firm were, you get the sense that when they get arrested, that’s going to have real consequences for them. HSBC and all its employees, however, were deemed “too big to jail.” For helping run the back end of criminal organizations that have killed many thousands of people, HSBC was fined approximately five weeks’ profit, and none of its employees spent a night in prison.

At least in The Firm, they were overcharging the mob.

Extreme Measures is a 1996 medical thriller with a message. As you can see from the trailer below, the message is clearly meant to be that Hugh Grant is physically incapable of being intimidating.

In the movie, Grant discovers that another doctor (Gene Hackman) is abducting homeless people for secret experiments in an effort to cure paralysis. Thus far, it appears that Hackman’s methods have cured paralysis zero percent of the time and caused excruciating death 100 percent of the time, but he’s a doctor, not a statistician. He is convinced that his forced experimentation on humans will one day be vindicated by a breakthrough. Either that or he’ll go down as the worst person in history at the “saw a guy in half” trick.

These days, it’s easy to take for granted that the field of medicine is governed by a sacred trust between patients and doctors and the biotech reps who bribe them. But it wasn’t so long ago that doctors were tacking experiments onto your regular procedures like extra features at a car dealership. 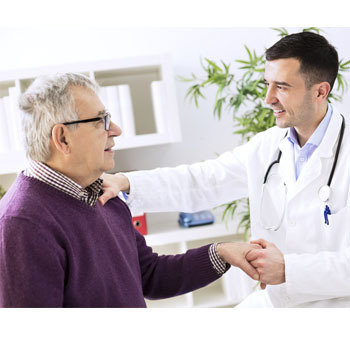 “Hey, your wife says you can’t have unnecessary procedures, I guess … I didn’t know who held the purse strings.”

Doctors used to experiment on people without their consent all the time. One such experiment was a study at Sonoma State Hospital from 1955 to 1960. Just like in Extreme Measures, doctors subjected patients to experiments that were of no direct benefit to them, and were terribly painful and often lethal. Just like in Extreme Measures, doctors never got proper consent. That’s already venturing into Nazi-level evil territory. But what made this study different from Extreme Measures was that all the patients at Sonoma State Hospital were …

… disabled children. Yes, what makes reality so much worse than the movie in this case is that the subjects were the absolute most defenseless group imaginable. They were subjected to painful procedures, like spinal taps, pneumoencelphalograms (in which air is injected into the brain), and lethal doses of radiation.

If Extreme Measures had its villain performing those procedures on kids with cerebral palsy, it would have lost all stakes for being too unbelievable. That is what would have brought our suspended disbelief crashing down around us, even in a movie in which Hugh Grant plays a character whom people respect. These experiments are literally unbelievably evil.