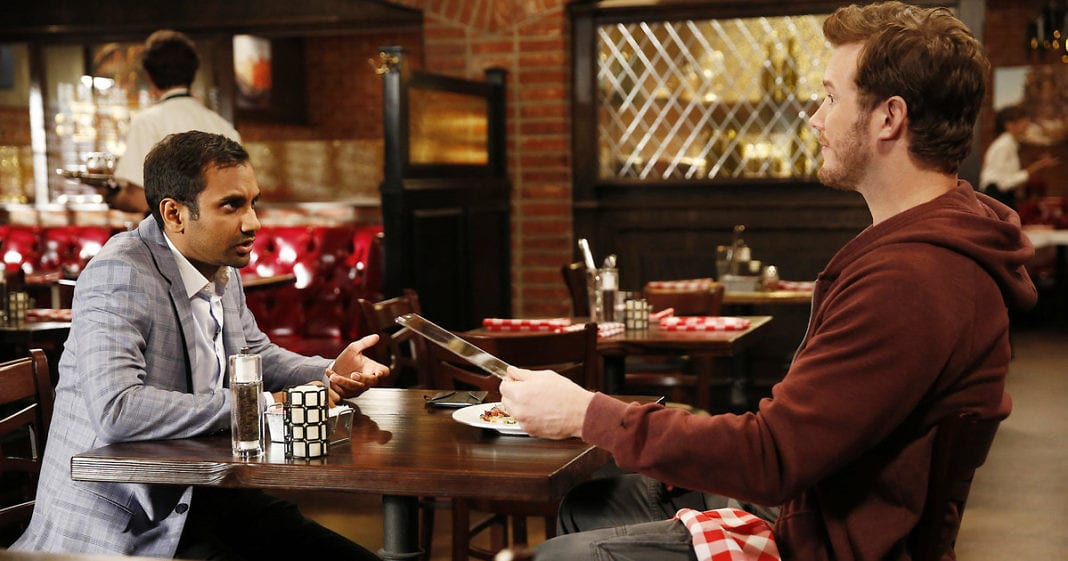 Food is the great unifier, powerful enough to even connect the little people with the stars who grace the pages of our glossy magazines. Most of us assume these flawless actors, singers and comedians have to deny themselves the pleasure of food to maintain their stardom. Turns out this is not always the case. Some of our favorite celebs love food and cooking even more than we do — and that’s saying a lot.

From baking to cooking to eating lots of cheese, here are nine celebs who love food more than you do:

Ansari’s love for food runs deep. It’s apparent in his Twitter feed — and by glancing at his Instagram account — but is most blatantly clear when watching his Netflix series ‘Master of None.’

This was a good week for me and pasta.

She is a baking queen and a lover of “binge foods” like cookie dough and cinnamon rolls. She even shares the recipes of the cookies she bakes and Instagrams with her fans, because that’s just the kind of gal she is.

We made apple pie because America.

Harris is the ultimate food-loving celeb. Not only does he love to eat, but he loves to cook too. And when he does either, he goes big. He also happens to be married to a chef, which only solidifies how deep his love of food goes.

We went clamming on the shores of East Hampton! Such fun, scored a bucketload. Chef/Daddy David took them and made a delicious pasta dinner. #delicious #grateful

Kendrick is an avid baker. “I’ve always loved baking — it feels like the stakes are high. Cooking isn’t precise enough for me; I’m a little OCD, and I like the way baking makes my brain feel,” she told Food & Wine.

She’s the kind of food lover who wants nothing more for Christmas than a giant wheel of Parmesan cheese. (And she’s lucky enough to get it.)

John got me my lifetime dream for Christmas! A cheese wheel to dump pasta and risotto in for years to come! My tableside serving game is bout to be liiiiiit! Heading out to relax with the fam now woohoo!

Her obsession with churros says it all. But then there’s also the fact that she loves Haagen-Dazs dulce de leche ice cream, which we 100 percent understand.

Oprah loves food — and she has great taste. Her love for truffles is so intense that she carries around truffle salt in her purse so she can add the mushroom’s pungent taste to everything she eats.

Best trip ever! thank you @SabatinoTruffles for helping me fulfill bucket list dream. Here's to TRUFFLES!

Baking was how Stone calmed her nerves growing up — she suffered from her first panic attack at eight years old. She loves baking so much these days she has serious hopes of opening a bakery one day.

His love for fried chicken is unmatched. Not only does he make some of the best fried chicken we’ve ever had, but he even opened his own food spot in NYC to sell it. (Sadly, it has since closed.)

The dos and don’ts of being a first lady: from Jackie Kennedy to Melania...

Men Reveal The Reasons They Wouldn’t Move In With You After Over A Year...