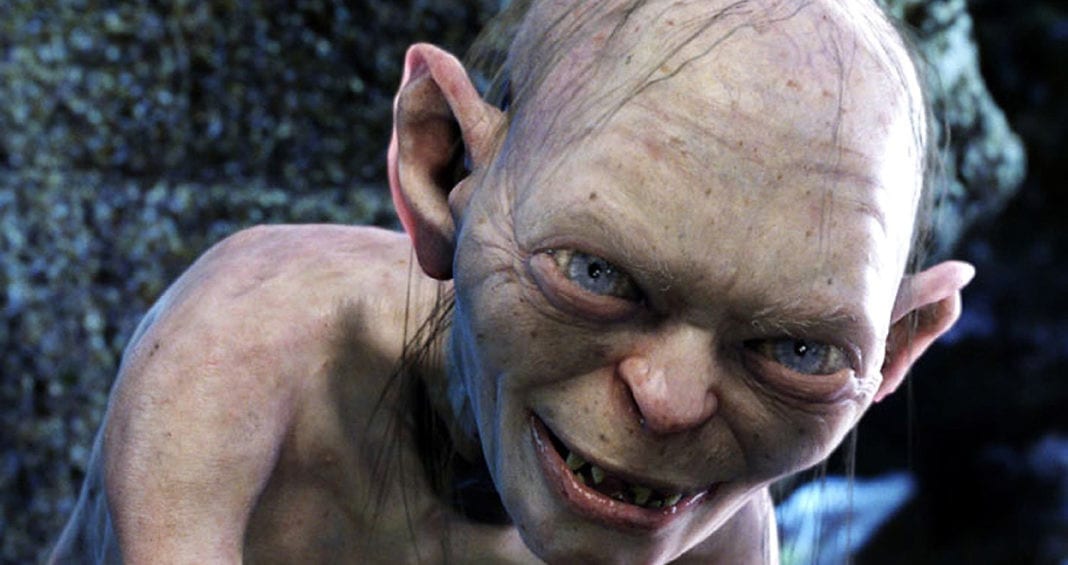 Inspiration works in strange ways. Sometimes, our favorite characters look exactly right the first time their creators debut them, but other times, it takes a whole bunch of people decades (or centuries) to figure out that Dracula probably shouldn’t be balding, or that the Iron Giant shouldn’t look like one of the possessed toys from the end of Poltergeist. To whit …

#9. Gollum Was Accidentally Gigantic For A While

When he was writing The Hobbit, J.R.R. Tolkien introduced an amiable fellow named Gollum who offered the hero, Bilbo Baggins, a magic ring in exchange for solving a riddle. In later editions, Tolkien changed Gollum into an aggressive ring-junkie to avoid contradicting his new trilogy, The Lord Of The Rings. Thus was born the conniving, possessive little wretch we all know and love!

Well, not quite little. Since Tolkien never specified Gollum’s size, the artists all assumed he must have been a giant, and also ridiculous. Here’s Gollum reimagined as a sad eggplant in the Swedish edition of The Hobbit: 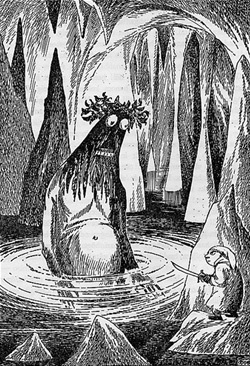 Instead of a riddle, he forces Bilbo to sit through his minstrel show. 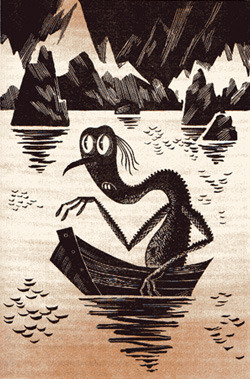 He has the sickly, deformed look of he who has fallen prey to material greed and capitalism.

The German artist, meanwhile, drew a morbidly obese toad and called it a day: 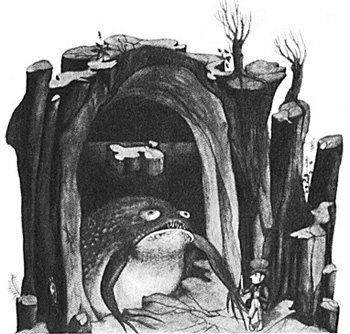 “GIVE ME BACK MY PRE– shit, I’m stuck again. Can you call the fire department?”

It got to the point that, when Princess magazine wanted to publish The Hobbit as a serial in the ’60s, Tolkien’s only condition was that he could “see the illustrations and that Gollum should not be made a monster.” The results are debatable, considering he ended up looking like Darrin from Bewitched wearing flippers and a turtleneck: 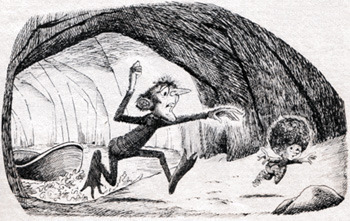 In this age of gritty movie adaptations, it’s easy to forget that comic books are frequently the dumbest things in existence. This was especially true in the ’50s, when “looking like a cheeseball goofus” was the status quo, particularly for Batman villains. For example, before he was an ice-blue Terminator, Mr. Freeze looked like Yul Brynner playing astronaut in his backyard: 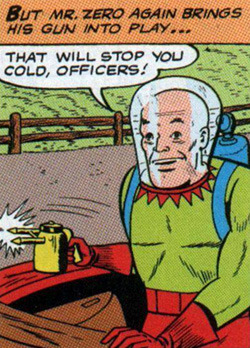 And he had the nerve to give Carlton that speech about guns.

And here he is in 1950, looking like a rapist at a costume party: 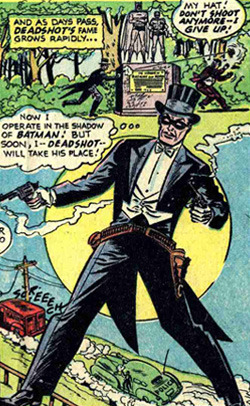 Up to precisely 1950, hats were more valued than human lives.

While not strictly a Batman villain, Boomerang is another Suicide Squad member who has been on the receiving end of a Batarang. Until shockingly recently, he was Captain Boomerang, and dressed like he’d just accepted the vacant position teaching Hogwarts’ Defense Against the Dark Arts class:

But the weirdest one by far is Catwoman. You already know her as a woman in a hooded leather catsuit with ears, which is an entirely different kind of confusing. Back in the day, though, she put a cat’s face on top of her preexisting human face. Fur and whiskers and everything.

The world wasn’t ready for a full-bodied furry yet.

She didn’t even change her dress. This disguise resides at the intersection of lazy and terrifying. But hey, at least we’re reasonably sure she’s never molested a feline, which we can’t say about her incestuous also-supervillain brother.

#7. Early Illustrations Of The Iron Giant Were Dopey As Hell

The Iron Giant is one of the few movies it’s illegal to judge an adult for crying over, but it’s hard to get emotional about the early portrayals of the titular titan for the original novel. In Dirk Zimmer’s 1988 illustrations, he’s less heroic Droid Jesus and more rictus-grinning hellbot. Here he is panicking at the discovery of his hilariously disproportionate feet: 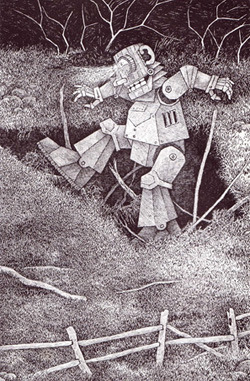 More specifically, at the family of four now decorating the sole.

It’s not totally clear what’s going on here, but he appears to be walking through a river. Which can only mean a uniquely horrifying doom for any jet-skiers he happens upon. 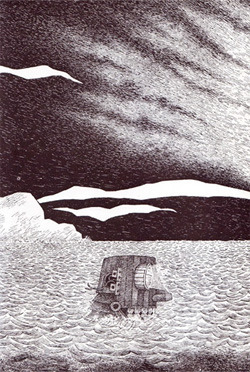 “You’re going to catch your death of rust!”

But even those drawings are preferable to those of Andrew Davidson, who turned the childlike robot into a terrifying death machine who runs on lithium and souls: 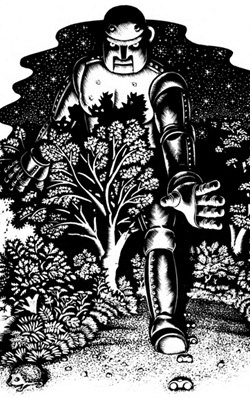 That porcupine is freakishly large too, judging from those cars.

Be careful to maintain eye contact as you scroll, lest he leap off your screen and destroy you: 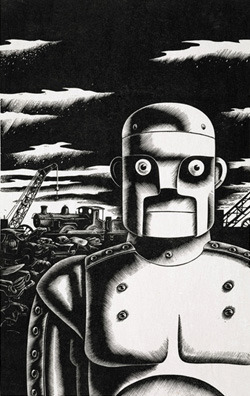 At least he has the correct number of nipples: four.

We’re with Mansley here — who cares how much he loves Superman, shoot that thing down immediately.

#6. The Ring And The Grudge‘s Villains Were Originally Crappy/Naked Low-Budget Versions

The Ring, that horror flick about Naomi Watts being haunted by archaic technology like videocassettes and landline telephones, is based on the Japanese movie Ringu — but it turns out there was an even earlier adaptation of the same book. Ring: Kanzenban is a gratuitously pornographic no-budget TV movie that is somehow way more Japanese than the feature film: 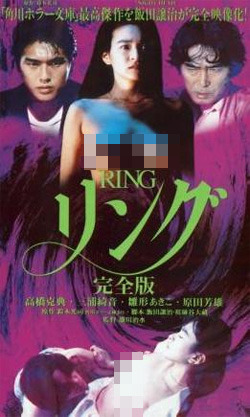 Anyone who watches this tape spontaneously gets crabs seven days later.

For reasons that will soon become clear, in this version, the vengeful TV ghost is an adult woman instead of a little girl. She’s also way less creepy. Instead of crawling out of the TV under a curtain of follicular cautionary tales, she glides out naked and glowing, like the guardian angel of static and boners.

This movie also doubled as the Japanese remake of Weird Science.

This at least explains why people kept watching the cursed video. Which, by the way, instead of being full of vaguely threatening images of wells and ladders and “fingernail” double entendres, features disco colors, random explosions, and whatever is going on here:

Nothing scarier than dice.

Meanwhile, the “original” Japanese version of The Grudge, Ju-On, is actually the third movie of that series, which started as an incredibly awkward short film. It begins when our hero gets a phone call from, as far as he knows, a cat, and proceeds to have a conversation with it like there is nothing weird about that.

“Cat-calling” has a different, more literal definition in Japan.

Then the series’ familiar naked ghost child appears sitting next to him, at which point the protagonist stares stupidly until the boy feebly vomits liquid eyeliner and makes even more cat noises 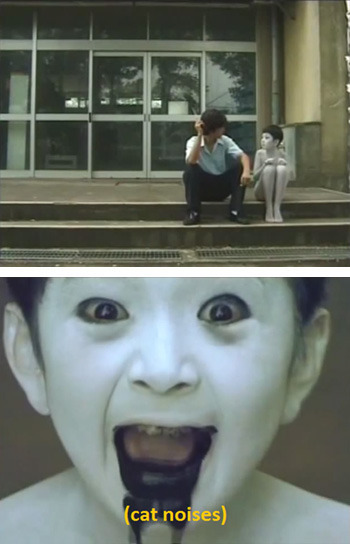 So yeah. Their first crack at this was somewhat less chilling than the hundred-million-dollar franchise it has since become.

There wasn’t really a template for the first Dungeons & Dragons manual, since in 1974, role-playing games were not a thing. The publishers only had the budget for 1,000 games, which had to be hand-assembled, so a few things had to be rushed through or struck out entirely, such as rules that made sense or competent artwork. Something Awful’s Zack Parsons and Steve Sumner leafed through the original guide, and if you thought nothing would make you long for the D&D movie, you’re in for a treat. Most of the characters look confused, like they’re not sure where they are or what they’re doing there: 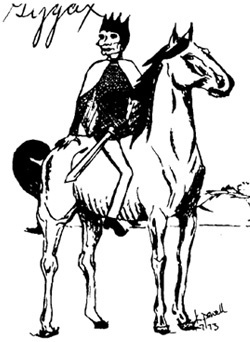 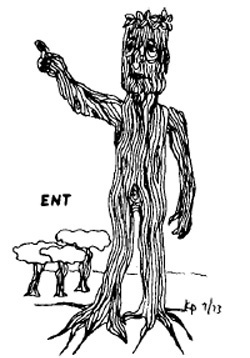 The Ent just wants to know if it has a belly button or a vagina.

Others look extremely bored and/or stoned: 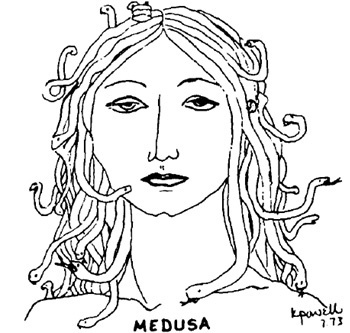 “Dude, what was in that shit? I feel like I have snakes on my head.”

This orc was chilling on the couch watching Community. He is totally not prepared for this battle he’s found himself in: 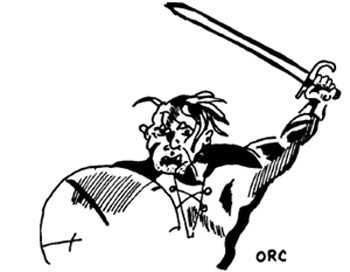 This is us when we answer the door and don’t want people to notice we’ve just woken up.

Here’s a giant posing with his legs spread wide for maximum dick swing: 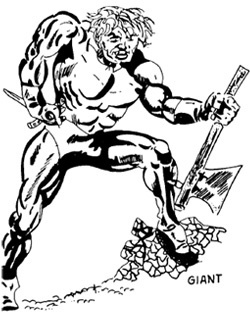 “Find out why they call me giant! (It’s strictly my height.)”

This wraith doesn’t understand the point of it all and has lost all interest in this sword business: 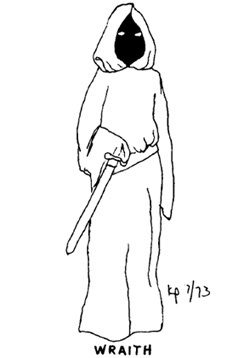 “But daaaaad, I don’t wanna destroy all living creatures! I wanna go to the mall with Jared!”

Meanwhile, this mummy wants you to watch him nae nae: 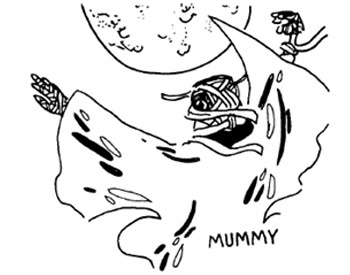 “Have you ever whipped with the devil in the pale moonlight?”

Keep in mind that these were the drawings that caused widespread moral panic among parents who believed the game was a secret gateway into Satanism. Because apparently the primary tools Satan uses to recruit children are apathy and bad dancing.