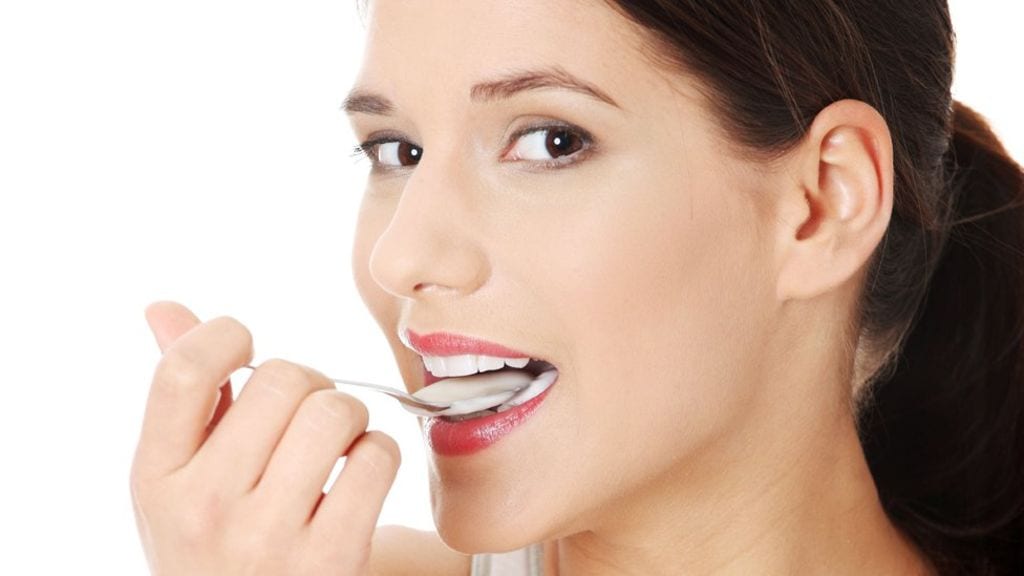 This is not a facetious conclusion, or at least was not intended to be when it was offered not long ago by a team of Austrian, Finnish and Dutch scientists who have been filling their dark winter days studying the emotional responses of subjects when they eat different kinds of yogurt.

You may think that people don’t actually have emotional responses when they eat yogurt – that eating yogurt is a way of avoiding any emotional response. It is arguably the least feeling of all the breakfast foods – very far from the emotional excitements and hedonic highs of toast, bacon, or marmalade. I once went to a wedding where the bride and groom actually exchanged marmalades during the ceremony (yes, it was in California, but they did).

No-one does that with yogurt. As it happens, I like Greek yogurt for breakfast – but it is a way of seeming to be engaged in something while my spouse talks about her dreams, her symptoms, and her plans. Then the little dog gets to lick what’s left in the plastic cup. It is a ritual, but it is hardly romantic.

Nonetheless, the tri-national team persisted. They found that while fruit flavourings in yogurt made no difference to anyone’s happiness, there was, and I quote, a highly marked hedonic response to vanilla. Eating vanilla yogurt made people happy.

I should add that they used an odd technique to measure the happiness of their subjects. Asking people how they feel when they eat something is, apparently, too easy. It is a principle of psychology that people try to please psychologists by saying what they think the psychologists want to hear.

Why are opponents of gay marriage so sure they’re right?

A Point of View: How much longer can sprawling TV box sets get?

Showing a combination of Austrian tenacity, Finnish purposefulness and Dutch flair, the researchers pursued the question more deeply. Why did vanilla yogurt make people happy? And here is where the subject blossoms and blooms and swells and begins to touch on issues larger even, if you can credit it, than happiness and its keys.

The other theory though, vibrant and equally persuasive, is that what was making Hans and Johan and Jarri – I am assuming that the subjects were divided along the same national lines as the scientists – happy was not simply the scent and flavour of vanilla. It was that they were not told in advance what they were going to eat.

I’m sure you’ve sensed, as I did, that no experiment in eating, or in anything else, has ever so neatly laid out the dilemmas and secrets of all aesthetics, erotics, and the philosophy of pleasure. All arguments about what gives us pleasure in art, in bed and in life are vanilla yogurt questions. Are the intrinsic qualities of something more powerful than the context in which we perceive it, or are what we call the intrinsic properties really only the effect of expectations and surprise?

Do we admire famous paintings, for instance, because they are intrinsically beautiful, or because we have been coaxed by our expectations into finding them so? Take, say, the Mona Lisa. You may recall that the aesthetes’ view, popular in the 19th Century with critics like Walter Pater, is that she is intrinsically beautiful and mysterious – those settled hands, those blue mountains, that smile.

The other view, argued in our time by the art historian EH Gombrich and his disciples, is that countless, unsmiling sober Italian ladies had to precede her for Mona to have the effect she does. Against those expectations of sobriety, a minimal smile creates maximal mystery. A small smile delights when none precedes it. Our minds prepare for nothing, and then get vanilla, and we are happy.

Music theorists say similar things – that the overwhelming emotional effect of music doesn’t rise from the sounds themselves, but from the expectations of our ears. We hear the C Minor chords in Beethoven’s Fifth Symphony as extreme only because our minds are accustomed to hear C major as normal. The chord itself is nothing, the expectations all.

Sex of course, is the greatest arena of these effects. The truth is that we keep our marriages alive by a skilful coaxing of yogurt flavours. It may seem odd to insist that we have to try to pretend that what we are about to eat is not vanilla in order to enjoy the fact that it is vanilla – but, in truth, we do that all the time. We try to create a circumstance where we do not know what the flavour is of something whose flavour we know all too well, or well enough.

The second honeymoon, the weekend getaway, are instances of this power of self-created context. Money is spent on plane tickets, at Agent Provocateur or La Perla, or at the chemist’s counter, or for that matter at the men’s cologne shop – all to create a context of the unknown, of uncertainty. What flavour, so to speak, will this yogurt be? Well, it’s still vanilla, but, having coaxed ourselves into the fantasy of not knowing, the vanilla is enough to make us happy again.

So vanilla yogurt alone is not the key to happiness – it is not knowing what we are going to get, or pretending not to know – and then getting vanilla. What we ought to spray in hospital waiting rooms is the scent of surprise – or at least, we should leave the room unscented day after day, only to delight the patients one morning with vanilla.

Ever since I read this study I have been eating vanilla yogurt for breakfast, hoping to be happy. And I am now prepared to announce that the truth of the matter is utterly different from what the psychologists suggest. For the hidden truth, shamefully concealed by the Austrians and the Finns and the Dutch and their photograph-staring subjects, is that vanilla yogurt never only contains vanilla. Vanilla yogurt is, above all sweet. It always contains sugar, and it is the incidental sugar as much as the vanilla scent that surprises us so at eight am, and then makes us happy. Vanilla is merely the free rider.

Once, when I was very small, I was so intoxicated by the scent of vanilla extract when my mother used it in baking, that I slipped into the kitchen closet secretly, found the bottle, opened it and took what I expected would be a delirious sip. It was revolting – bitter and alcoholic. I can taste it still – it taught me the truth that pleasure is deceptive, and compound. For the scent of vanilla is nothing without the sugar in the cake.

We dream of sweetness all our lives, and so are surprised by joy when it arrives without warning. Poets have known that truth for centuries. Our bodies and our souls do not crave novelty alone. They crave nectar, coming at us unawares. Life does have a secret, and happiness a key. But they are not in a scent or even in a scented surprise. The key to happiness is always the same and it is not vanilla, nor surprise alone.

The secret of life is unexpected sweetness.

Subscribe to the BBC News Magazine’s email newsletter to get articles sent to your inbox.

Did Kylie Jenner Reveal Her Baby’s Gender On Snapchat?