Everyone has a schoolmate that you brag about to your “new” friends as being the most impressively ‘out there’ person from your “old” life. Mine is Faith, who after losing touch with, I was surprised to see pop up on a TV documentary with a pair of cat ears perched on her head.

“Kitty” as she was known at the time, was proudly flaunting a furry-tailed butt plug and telling the camera, with a knowing smile, that she often slept in a cage at the foot of her master’s bed…

So recently, after reconnecting on Facebook, I decided that it was time for a long-awaited catch-up.

First things first, Faith has moved on from the butt-plug, cage days. Back then “Kitty” belonged to a different, much more showy dom, and now she’s in a loving, monogamous relationship.Besides, she’s living back at home and points out that her mum “tolerates enough” without having to lock her up in a cage every night. But she has kept the butt plugs, saying: “they mean a lot to me, in a freaky way.”

It turns out Faith had been thinking about being a submissive even back when we were school chums:

“I think I knew I was a submissive as a young teen, but didn’t express it until I was about 17 and I kind of googled my ideas of what I would want my relationship to be like… and it came up with dom sub relationships. I spoke with a couple of people on online sites and developed a long distance online relationship.”

She has only ever had one “vanilla” boyfriend, and has been with her current dom – who lives three hours away from her and is 27 years her senior – forfour years. They are known on the scene as “the banksy of bondage” for their sneaky rope suspension tricks – they broke into Buckingham palace and suspended Faith from the trees there – and are always on the lookout for a new challenge.Faith is firmly the submissive in the relationship, meaning that if ‘he’ asks her to do something, rope-based or otherwise, she “submits to his will”.

On a day-to-day basis she follows a set of his relatively strict rules – controlling her diet and exercise (she’s lost two stone since they’ve been together), no booze, no food after 10pm and to be up and dressed by 9.30 am. She tells him who she’s hanging out with, just in case “he thinks it’s a bad idea” and she loves it when he orders her food and drinks.

She also carries a tracker – apparently, an uncommon fetish. This is so he knows where she is at all times, can punish her if she’s late and when he tasks her with going for a run, he can keep track of how fast she’s going.

To me this set-up sounds a bit like dating a mix of a controlling parent and a personal trainer aka. my worst nightmare, but Faith reassures me that instead it’s about having someone who’s:

“Looking out for you… someone you can make happy and proud and who puts time and energy into improving you… [and] because of how much I love him I wouldn’t want to let him down.”

The pair took the next step in dom-subbery last year, when Faith was officially “collared”.

This means she wears a solid steel ring around her neck at all times – making airport security “interesting” – that is locked in place by a tiny allan key that her dom has on a necklace (she has one for emergencies).

Oh, and then there’s the sex.

The couple see each other every two weeks, and regularly attend events called ‘munch’ and fetish clubs with other ‘like-minded’ people. Here they do impact play, which includes: flogging, caning, whipping and rope suspension, which acts as foreplay before the “magic happens”laterin a hotel room.

Faith – pictured above in her power rangers catsuit – says she loves the rope suspension because, “it’s all about communication and then entirely about trust.” When she’s suspended they usually partake in a bit of “sensation play” – the removal of some senses, with the heightening of others – which can be anything from being blindfolded (tame) to having candle wax dripped or a coarse brush dragged against your skin (woah there).

I have to admit that I’ve come a long way since my knob cheese naivety (sorry, Mum). Although the idea of being suspended by rope, dressed as my favourite nineties costume hero, doesn’t exactly tickle my fancy, I can think of way worse things for an old school friend to be spending her Friday nights doing. What freaks me out more, is the complete lack of control she has, and seems to love, about her relationship.

But as Faith says,“your kink’s not my kink, but that’s OK.” And as long as she’s happy, of course it is.

Side Note: What actually freaks me out the most, is the thought of having to explain to the Queen what you’re doing suspended by a rope in her garden, while one of her corgis wees on you. That, no matter how saucy you may be, sounds like a bloody nightmare. 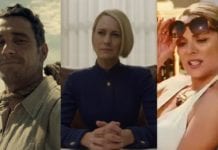 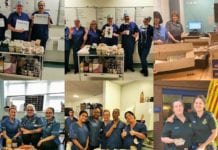 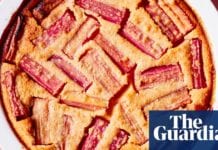 Rick Gates charged in Mueller’s Russia probe: Who is he?

What you need to know about the Manafort, Gates indictment