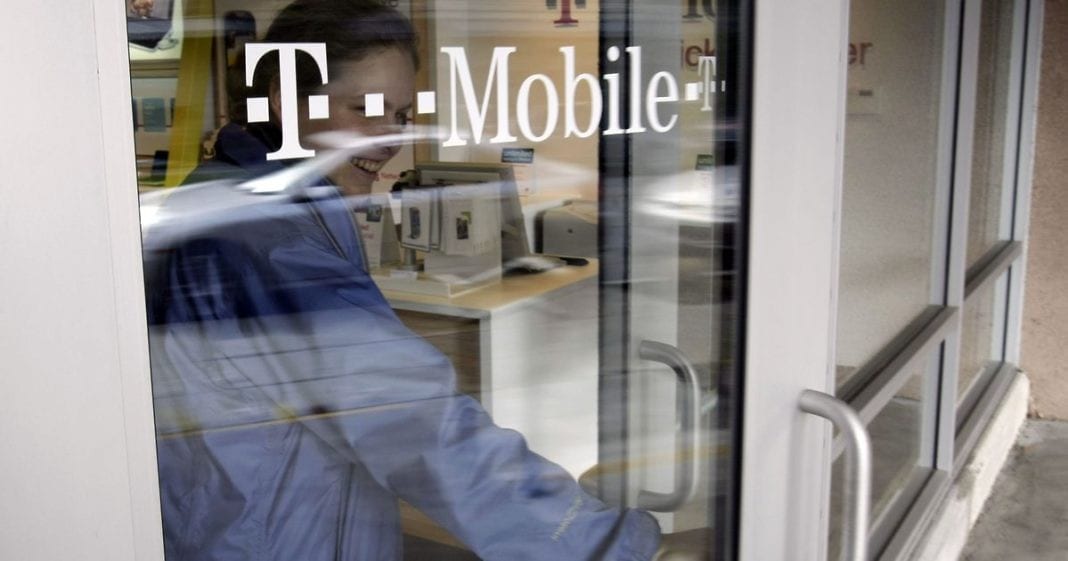 Its been almost five years since the last of the great unlimited data plans died out and left just a few calcifying tendrils of grandfather access for those willing to live the remainder of their days on 3G phones.

People were upset when AT&T and Verizon ended those plans, even if few ever used their monthly allotment of 2G of data. Most, however, realized how awesome unlimited would have been in the age of 4G LTE. Obviously, carriers realized how not awesome that would be: people streaming 5 GB of data at 4G speeds without paying a dime more.

So just as a whole new class of 4G LTE phones hit the market, including the iPhone 5, the industry switched to strict data caps and instant overage charges. Most of us soon learned that 2 GB doesnt go very far on an LTE network. We pay for 5 or even 10 GB of data and live in fear of our Snapchat and Facebook Live obsessions costing us dearly every month.

The only winners were the carriers. So why did they bring unlimited plans back?

One could start by crediting T-Mobile, the once struggling network that started offering unlimited plans as early as 2012, even though it didnt have the attractive LTE network to back it. Essentially, T-Mobile was still offering the past, while the all-you-can eat squashers were promising the future.

For years, Sprint and T-Mobile lagged way behind AT&T and Verizon on 4G coverage. Depending on where you lived, the best and fastest coverage often narrowed down to a two-horse race (leaving aside the various Mobile Virtual Network Operators [MVNO] like Virgin Mobile that used someone elses network to provide more affordable network rates.).

Since then, T-Mobile and Sprint have both built out their 4G networks, achieving near-parity with the two big guys. That fact emboldened T-Mobile to, for instance, offer its first Binge On program, which let consumers freely binge-watch services like Netflix or Hulu (at 480p) on their mobile network.

While Verizons decision to bring back an unlimited data plan looks like a direct response to this news, its probably more closely related to AT&Ts decision last month to do the same.

And theres an even bigger, more disruptive factor at play and, once again, it was T-Mobile that got the ball rolling.

In March of 2013, T-Mobile announced that it was doing away with two-year contracts. No one liked the contracts, but if you promised yourself to a carrier for 24 months, they subsidized much of the cost of your smartphone baking the cost into your monthly fee so you either didnt notice it or felt it a little less intensely. No contract meant no subsidies, so people started paying a monthly fee to pay off the phone.

This disruptive idea slowly bled into the entire carrier industry. These days, carrier contracts are virtually non-existent and there are all sorts of new ways for carriers to try and shield you from the full cost of an iPhone 7 Plus (like monthly fees that dont change and let you auto-upgrade to the newest phone, as long as you dont leave).

No contracts, unlocked smartphones and just-as-good networks (even the ability to take your phone number with you) mean that consumers no longer fear switching carriers.

The power has transferred from the carriers to the people.

If AT&T, Verizon, T-Mobile and Sprint are the same in consumers eyes, the carriers are forced to compete for your business, which means that they must offer attractive data plans and competitive prices.

The power has transferred from the carriers to the people.

There is, though, a long-term and somewhat disheartening reality here: 4G is quickly becoming yesterdays 3G. Just think about all the times youve seen four or five healthy-looking 4G bars on your phone only to have a 2G experience. The infrastructure is sagging under the weight of our Snapchatting, livestreaming, Netflix-binging mobile devices. The towers we connect to are overwhelmed with traffic and even as networks achieve parity, the infrastructure cant keep up.

5G connectivity may solve this, but it will be like a rerun of the early days of LTE. Therell be scant network coverage, most of it probably consolidated in the deeper pockets of Verizon and AT&T, with, initially, few devices that can take advantage of it.

This fast, new flavor of data will not be a part of unlimited plans and, as soon as they can, carriers will upsell those with new devices to the new, fastest network. Over the next few years, well all migrate to 5G and, if T-Mobile and Sprint lag behind, consumers will switch back to Verizon and AT&T. The imbalance will be reset and well have to wait another three to five years for T-Mobile to catch up and disrupt all over again.

BONUS: This endearing robot is all legs…but is incredibly innovative

My Son Was Shy So I Started Decorating His Lunch Bags To Help Him...