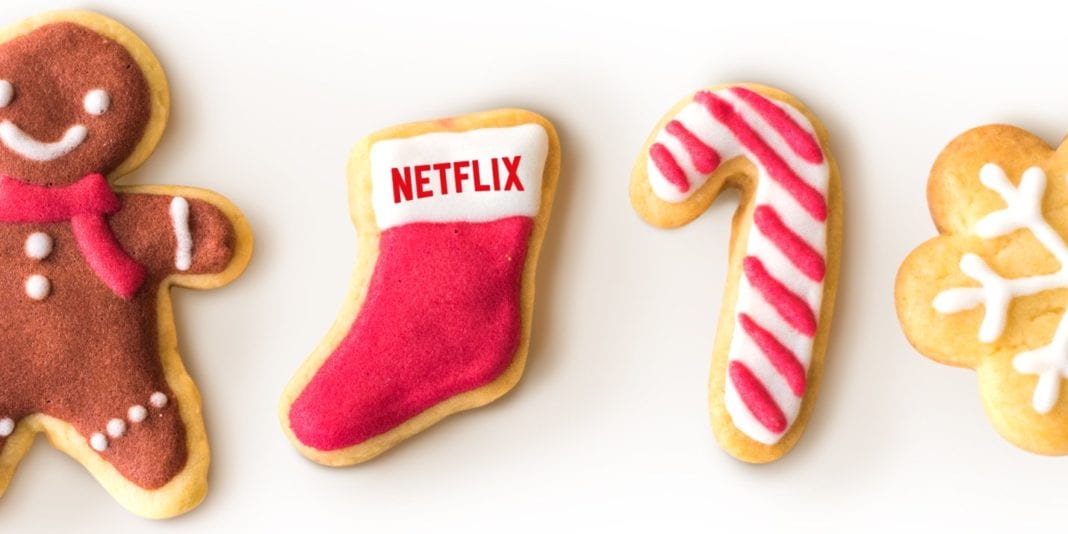 The Yuletide streaming race is in full swing, and there will be plenty of ways for you to stream Christmas cheer this year. Subscribers holding out for more original Christmas movies on Netflix will have their digital stockings stuffed with the service’s full slate of holiday offerings.

Clearly, Netflix has seen the success of the Hallmark Channel’s holiday programming and Freeform’s “25 Days of Christmas,” and now it wants to be a major player when it comes to Christmas content.

Here are all the original Christmas movies on Netflix and special holiday episodes that will be streaming under the mistletoe this year.

Holiday in the Wild (film)

Kristin Davis plays a divorced Manhattanite who finds herself on a holiday safari in Africa.

The teen party genre collides with the Christmas movie as a group of high school seniors makes the most of a Christmas Eve blizzard.

The beloved pastry contest gets a second holiday special.

A fresh animated take on the Santa story starring Jason Schwartzman as a exiled mailman and J.K. Simmons as the mysterious “Klaus.”

The Knight Before Christmas (film)

A medieval knight gets transported to present-day Ohio and falls in love with a science teacher during the holidays.

Nicole Byer and Co. put a holiday twist on their baking fails with the help of a slew of celebrity guest judges.

Can True find the Forever Frost and save the Rainbow Kingdom?

A popular New York DJ learns some humbling, heartwarming lessons about family during the Christmas season.

A tough patriarch (Dennis Quaid) has his beliefs put to the test by his daughter and her new struggling musician boyfriend in this heartwarming comedy.

A baking competition that crowns the best Christmas treats.

Kaylie takes a job working as a mall elf to buy Amber a special Christmas present, but things don’t go quite as planned.

In the third Christmas Prince installment, the royals of fictional Aldovia are expecting a child.

Magician Justin Willman embraces the holiday spirit with help from members of a real-life “Santa School.”

A Christmas update on the horse film franchise features Lucky and her friends dealing with the aftermath of an avalanche.

The McKellans return for a Christmas special where they learn valuable lessons about family, forgiveness, and empathy.

Alexa and Katie balance relationships, work, and the holidays.

More Christmas movies on Netflix in 2019

Netflix has some other titles it’s set for re-release this holiday season.

Still not sure what to watch tonight? Here are our guides for the absolute , must-see , , , and .

Looking for something more specific? Here are our Netflix guides for the , , anime, , , , , , , , , , and streaming right now. There are also guaranteed to make you cry, to melt your brain, , and when you really need to laugh. Or check out Flixable, a search engine for Netflix.

Premier League at 25: the best XI, from Petr Cech to Thierry Henry

These 17 Scrumptious Baking Recipes Are Too Easy To Screw Up

How to Make Cinnamon Roll Waffles