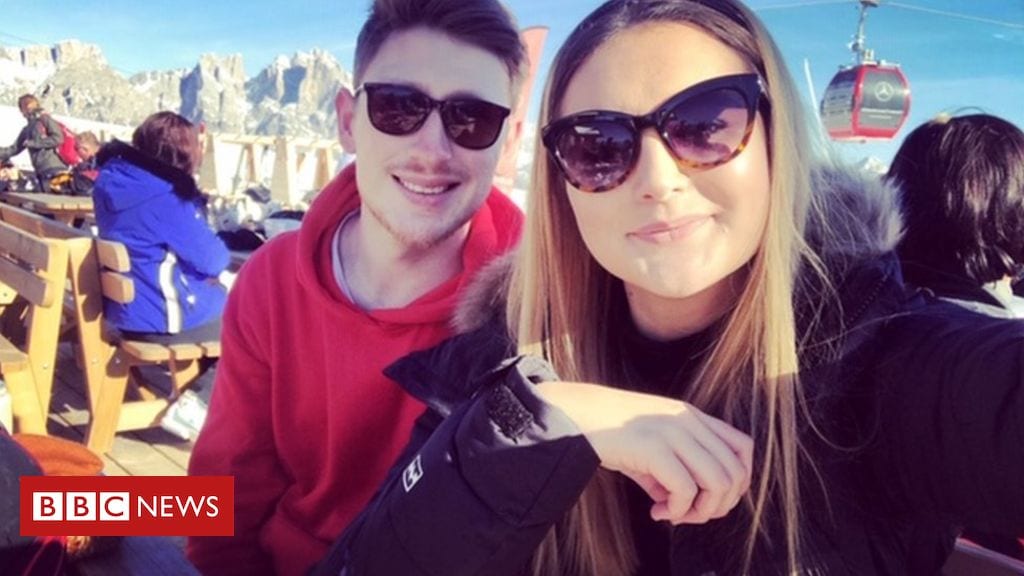 Harriet Houghton loves shopping for clothes. There is an excitement, she says, when she discovers something fresh that she feels good in.

But because Harriet shops mainly online, she often finds that what looks good on a computer is disappointing in reality, and she ends up sending most of it back.

This week alone, for example, she returned £250 worth of shopping.

“In person, things can be wildly unflattering,” she says.

Harriet is a so-called serial returner, someone who buys items and returns most of them, putting already struggling shops under pressure.

People like her are a problem for retailers, particularly in the peak sales season around Black Friday and in the run-up to Christmas.

Rebound, a technology firm that helps shops to manage returns, predicts handling the process will cost UK retailers £2.6bn over the next month, almost double the cost of last year.

Harriet thinks it would be a good idea if retailers banned serial returners because it would encourage her to make more considered decisions.

She also worries about the environmental impact of returning so many clothes.

“I feel guilty about it a lot,” she says.

Reports have suggested that it can cost a retailer twice the price of delivery for a product to be returned to the supply chain.

When a coat comes back to the warehouse it has to reprocessed, cleaned, repaired, repackaged and made ready for its new owner. In total, it will pass through seven pairs of hands before it is back on sale again.

Rebound says online clothing firms, where the fit can be difficult to gauge, are particularly hard hit.

Christmas is the worst time of year for High Street retailers because the peak shopping period means the returns process can be delayed.

As a result, by the time a product makes it back onto the shelves it might be considered old and have to be sold at a discount.

What is Black Friday?

The day that shops promote special offers was the name given to the event when it was set up in the US.

Traditionally it has always started the day after the American holiday of Thanksgiving, when shops in the US drop their prices for 24 hours.

It was designed by shops and other retailers to encourage people to start splashing the cash in the run-up to Christmas.

Some say it became known as Black Friday because it was the day that many stores became profitable.

Increasingly, retailers are fighting back.

According to a recent survey by Barclaycard, one in five has made their returns policy tougher, especially when they can tell that shoppers have used items before returning them.

But it’s not just the retailers that are suffering.

For every item returned, there is an environmental cost to processing the return.

Greenpeace is running a campaign to counter the consumerism promoted by holidays such as Black Friday and asking people to turn to home-made gifts this holiday season.

“We’re encouraging people to get together to make things instead of buying them, repair stuff instead of throwing it away, and share experiences instead of hoarding more gadgets, toys and clothes that will soon turn to waste,” says Greenpeace UK’s head of climate, Rosie Rogers.

And not all retailers are taking part in Black Friday.

Supermarket chain Asda, which was one of the first retailers to start Black Friday promotions in the UK, has said it will not take part because its year-round deals are good enough.

An Asda spokesperson said: “We don’t just want to offer our customers great deals for one day of the year, which is why we keep our prices low every day.”

Smaller retailers are also resisting. Yorkshire businesswoman Debbie Gillespie, who makes bespoke wedding cakes, is refusing to take part because she believes she offers good value to her customers all year round.

She has built up the baking business that she runs from her kitchen in Huddersfield over the past five years.

“Why should the customers I have, who want to pay the right amount of money, be disadvantaged by a quick deal? I don’t think it is fair on them,” she says.

When she says that when she shops herself, she would rather pay the proper price for something, especially if it is offered by a local business.

“I base my business on honesty and integrity. Dishing out Black Friday deals doesn’t sit right with me.”

“Both His Beautiful Girls Were in the Fight of Their Lives”: Teen Faces Losing...