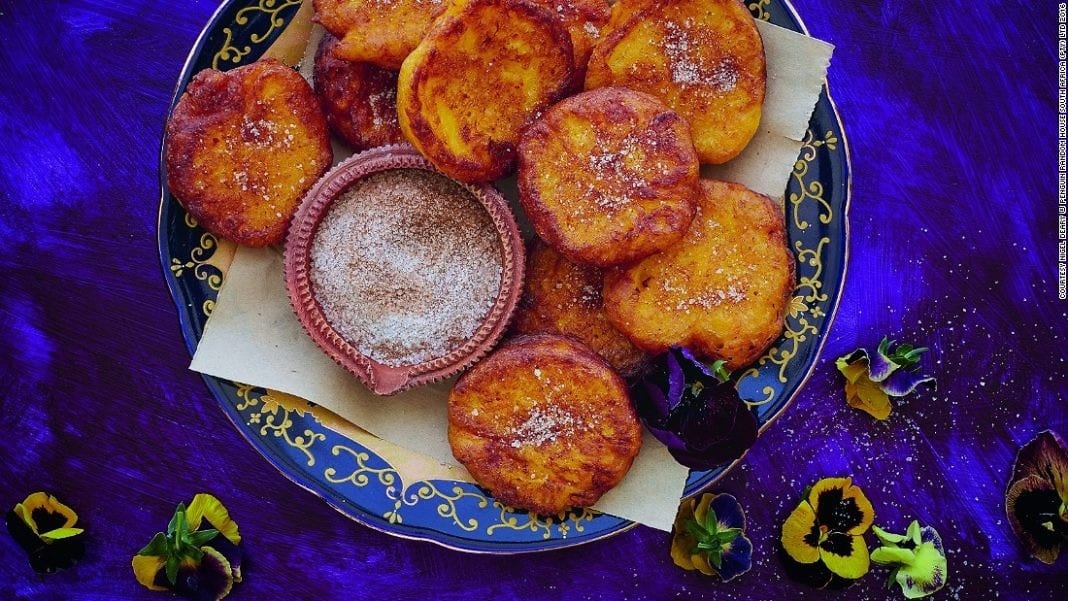 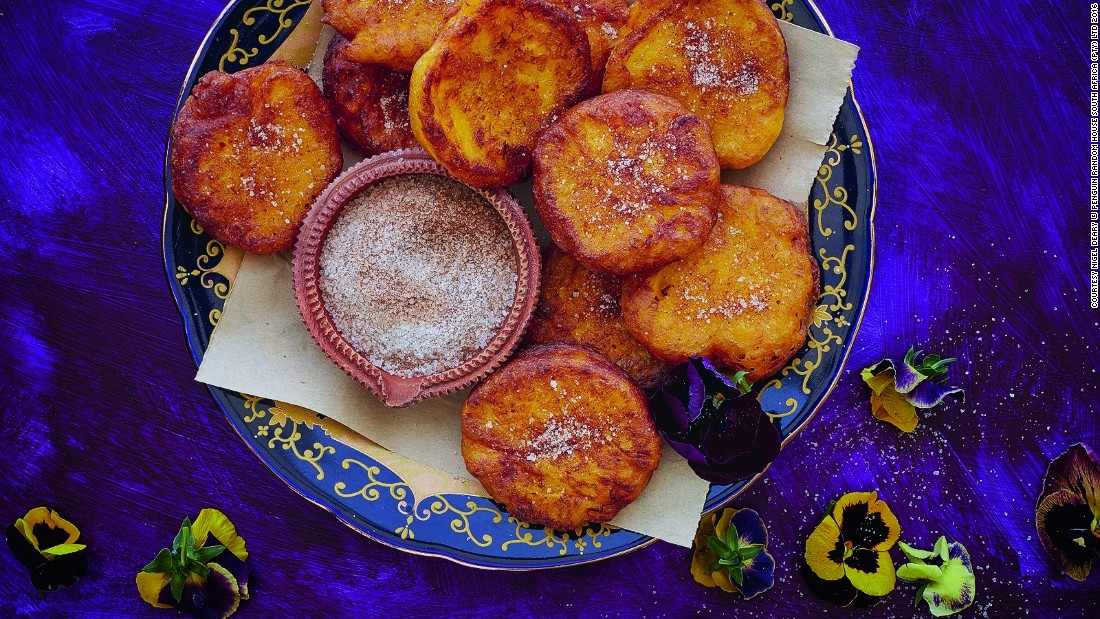 (CNN)Cobblestone streets climb up Signal Hill, past homes painted in bright colors that even from the sky stand out against the sober tones of most buildings in Cape Town.

But that’s just the most obvious of the ways that Bo-Kaap is remarkable.
It’s a neighborhood that has preserved a distinctive identity over centuries of change in South Africa, and created a cuisine that’s both global and unique.
“The place is special, it’s as simple as that,” says chef Reuben Riffel. “I come from a small town. Community is quite important, but things change, and in our village it has changed. 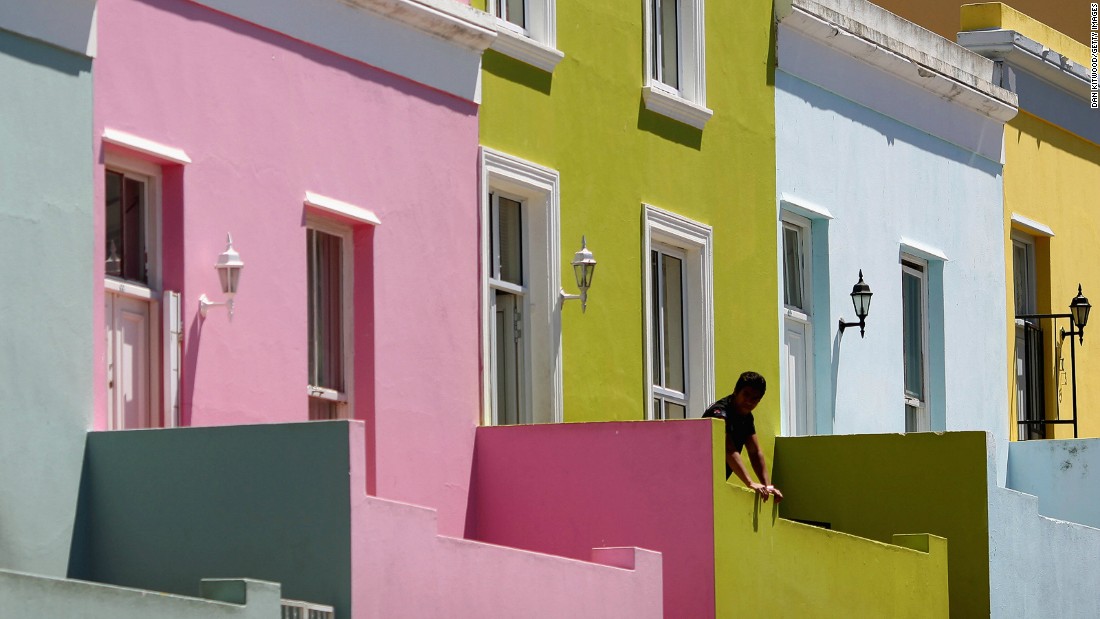 “I get a sense that in the Bo-Kaap it has stayed. They have managed to keep the traditions and to keep that going, and I love that about it.”
Bo-Kaap sits just above downtown.
When the area was first occupied in the late 1700s, European craftsmen lived there alongside free black people and freed slaves, who were brought by the Dutch from Asia, East Africa and Madagascar.
Many were Muslims, some taken from their homes for their opposition to European colonization.
South Africa’s guy-next-door turned celebrity chef

After emancipation in 1834, more freed slaves moved into Bo-Kaap, turning it into a predominantly Muslim area.
That status was formalized in law in 1957, when the apartheid government declared Bo-Kaap a “Malay group area” and forced everyone else to move out.
Cape Town vineyards with food as good as the wine

Cape Malay food reaches into a history that’s often overlooked, to the multicultural city that existed before apartheid, with a culinary tradition that traveled down foodways stretching across the entire planet.
But the food is also tied to intimately local details of life rhythm’s in Bo-Kaap — the days of the week when the fishmonger passed, or when salaries were paid, became connected to snoek fish or to choicer meats.
The neighborhood itself occupies prime real estate near the city center, making the working-class neighborhood a prime target for gentrification.

The end of apartheid and sanctions brought an influx of international fast food that competes with local quick eats.
Her secret substitute for chili? Paprika. It gives the curry a good color and flavor, without the chili’s heat.
For Isaacs, every dish tells a story that traces its origin to the days of slavery and that speaks to the strength of the community.
“Our traditional dishes tell the story of the slaves, how they cooked, what they cooked and why they created traditions that brought the community together,” she says.
“Our dishes showcase the vibrancy of spices and flavors that came from the East and if you trace all of this back to when it all started, you’ll understand that this rich heritage left behind by our forefathers gives us a sense of belonging, the pride of knowing where you come from.”
Exploring new South Africa in old Pretoria

Mix together four cups of plain or cake flour, three quarters of a cup of sugar, a pinch of salt, one tablespoon of baking powder, two sachets of dried yeast and a tablespoon each of powdered ginger, cardamom and cinnamon and two tablespoons of aniseed.
Melt 100 grams of butter in two cups of hot water. Once it’s dissolved, add a tablespoon of sunflower oil then leave until it’s warm to the touch.
Add two eggs to the flour mixture then stir in the melted butter and warm water.
Stir with a slow movement until the dough starts to leave the sides of the bowl. Then leave to rest, still in the bowl, in a warm place until it nearly doubles in size.
On a floured surface, stretch the dough out into a sausage and chop into segments. These can then be left to rise a little further.
When they’re ready, deep-fry each segment in medium-warm canola or sunflower oil until they’re a deep brown color.
Once they’ve cooled it’s time to glaze them in syrup. Heat one cup of water mixed with one cup of sugar until the solution starts to fluff. Drop each koeksister in for one-two minutes.
To make the coconut filling, add one cup of desiccated coconut and three-quarters of a cup of sugar to three-quarters of a cup of water. Heat until it turns into a gluey paste.
Stuff the paste into the koeksisters using a knife and spoon. To finish, sprinkle with fine desiccated coconut.

The incredible reason this inspiring teacher started collecting tires for her students.