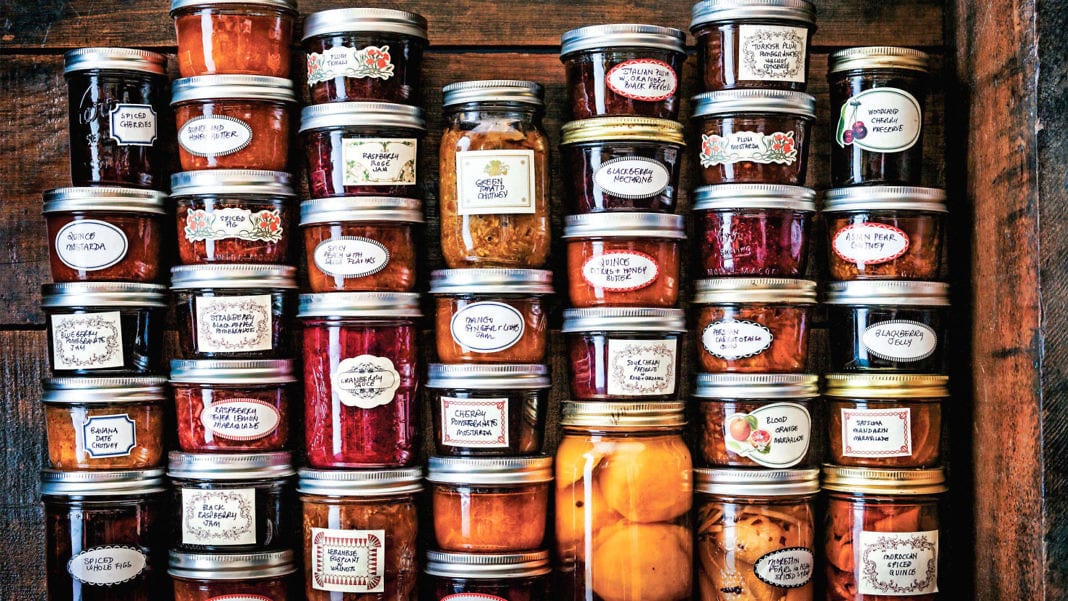 When you’ve run a successful restaurant and cooking school, one question you are asked quite often is who inspired you to cook. Your mother? Your grandmother? My answer always catches people off guard. There were no great cooks in my family. Most foods were cooked until they were soft and gray. When I was growing up, I was known as a “problem eater.” No wonder.

I grew up in Brooklyn, New York, the daughter of Russian immigrants. With both my parents working, we ate out a few times a week. And it was those restaurant meals that awakened my palate. I learned that there was delicious and flavorful food to be had (just not at home). After college and graduate school, where I majored in art history and painting, I had the good fortune to spend an idyllic time living in Italy and traveling around the Mediterranean. I loved exploring the outdoor food markets and talking with the vendors and farmers about their produce and how best to prepare it. In restaurants, I tasted ingredients and dishes that were new to me. It was a great way to discover the signature flavors of the countries, and I was inspired to learn more about these cuisines.

In 1960 when I returned to the States, I looked at my former home, New York City, with new eyes. After the golden light of Rome, New York appeared dark, gray, and cold. I did not want to stay. My former husband had worked for a summer in San Francisco, and he was sure I would love it there because in the ’60s, before the high-rise invasion, it still looked like the Mediterranean.

When we got settled in San Francisco, still inspired by what I learned and tasted during our travels, I started collecting cookbooks, cooking the recipes that interested me, and entertaining friends. From the many compliments I received, I learned that I had a good palate. Soon I was deeply immersed in the world of food and cooking.

In 1967, while browsing in the cookbook section of my neighborhood bookstore in San Francisco, I picked up a small volume called Fine Preserving by Catherine Plagemann. Although I had become an avid home cook, I was a city girl from Brooklyn who had never thought of making jams or preserves of any kind. It was not part of my heritage. But now I was living in California, where the produce was abundant and amazing. After leafing through the book and reading the recipes, I thought I would give them a try. Soon I was hooked. I cooked my way through most of that little book, and I’ve been putting up preserves ever since.

In the California of the 1960s, there were no farmers’ markets selling organic produce directly to the public. In 1970, with my growing interest in preserving, I worked at building a relationship with Geraldo dal Porto, the astute produce buyer at Cal-Mart, my neighborhood supermarket. He’d set aside cases of fruits that were cosmetically challenged but ripe and flavorful. I’d buy them at a discount and bring him jars of preserves as a thank-you. Later, while living in Berkeley, I would depend on Bill Fujimoto at Monterey Market, who knew all the local farmers and got their most flavorful fruits and vegetables because his father had taught him to taste before buying, and that looks were not as important as flavor.

In 1977, Governor Jerry Brown passed the Direct Marketing Act, which established certified farmers’ markets in California. Success was not instantaneous. It took a lot of politicking and proselytizing by food activists to get communities to set aside market space and sign on to the program. They succeeded in a big way. Today we have farmers’ markets all over San Francisco and California, and most of our supermarkets (including warehouse clubs) have designated organic sections.

Ready access to farmers’ markets and the opportunity to sample and buy a quantity of seasonal produce has helped bring about a revival of the old-time craft of putting up preserves. Judging from the number of home cooks I see carrying flats of fruit from the farmers’ market every week, I know I am not alone in my passion for preserving.

Most commercial condiments and preserves are bland and anonymous, formulated to satisfy a wide audience, including the least adventurous eaters. The flavor of the fruit is usually masked by way too much sugar. The beautiful tension between sweetness and acidity is lost. That is why I make my own.

Raspberries and strawberries are in the rose family, so I like to accent the fruit with rose petals (in the form of rose sugar). You can omit them, but they make for a very aromatic and romantic jam. Edible dried rose petals can be found in Middle Eastern groceries or online. They are also sold by spice companies, such as Whole Spice Company in Napa Valley, California, and Kalustyan’s in New York, which also carry powdered roses and rose sugar. I don’t strain out the raspberry seeds, as they are tiny and, unlike blackberry seeds, do not toughen with time. One flat of raspberries is 12 baskets, each about 6 ounces, totaling 4.5 to 5 pounds. This recipe can be halved.

So this is what the ‘world’s best croissants’ look like. But how do they...