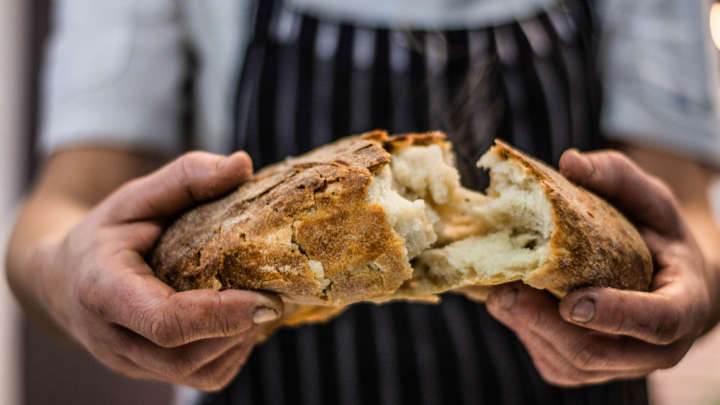 If you feel uneasy about eating bread passed its “best by” date, how do you feel about baking a loaf using yeast from 4,500 years ago?

Seamus Blackley, best known as one of the main architects of the Xbox games console, has baked a loaf of bread using 4,500-year-old yeast collected from pottery dating back to Ancient Egypt. The end result, at least in Blackley’s eyes, wasn’t half bad.

“The aroma is AMAZING and NEW. It’s much sweeter and more rich than the sourdough we are used to,” tweeted Blackley.

“The crumb is light and airy, especially for a 100% ancient grain loaf. The aroma and flavor are incredible. I’m emotional,” he added. “This is incredibly exciting, and I’m so amazed that it worked.”

Blackley is quite the “bread head,” regularly seen tweeting about baking and all things doughy, but his little experiment is much more than a fancy lunch prep. The bread is also providing an unprecedented insight into the everyday life and diet of ancient Egyptians.

As chronicled in a series of tweets by Blackley, the loaf was made with the help of Egyptologist Dr Serena Love and microbiologist Richard Bowman. Together, they got their hands on the yeast from collections at the Boston Museum of Fine Arts and the Peabody Museum at Harvard. Using a “nondestructive process” and sterilized equipment, they managed to capture dormant yeasts and bacteria from inside the ceramic pores of ancient pots used in the Old Kingdom.

Small amounts of the dormant yeasts were then cultured until there was a “bubbly” sample ready to start baking with. They then mixed the cultured yeast with unfiltered olive oil and grains used at the time, including barley, einkorn, and kamut. Then came the usual bread-making stuff – dough fermentation and leaving it to rise – before it was chucked in an oven and baked.

Blackley stressed that his scientist counterparts still need to isolate and characterize the samples to ensure they genuinely used ancient microbes, as opposed to recently introduced ones. He also hopes to refine his baking to be more authentic to the methods used by the ancient Egyptians. Nevertheless, in his words, “it’s not a bad start.”

This isn’t the first time scientists have used ancient yeast to recreate historical recipes. Back in 2018, a team of researchers in Israel recreated an alcoholic brew similar to the favorite tipple of the Egyptian Pharaohs from 5,000-year-old yeast. Researchers have also made beer using yeast discovered in the shipwreck of the Sydney Cove that sunk some 220 years ago.

30 Ways The Rest Of The World Combines Bread And Cheese

The ‘mother of parliaments’ is falling apart on live TV