President tweets why would I do that when I have done nothing wrong? as he renews attack on special counsel Russia investigation 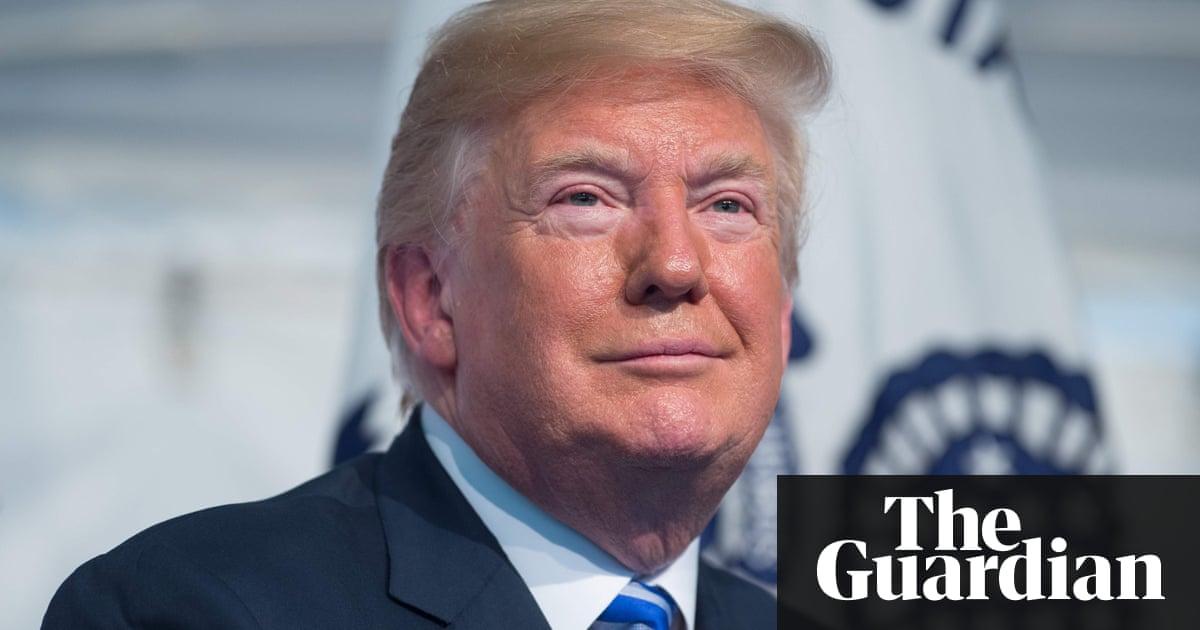 In his latest broadside against the Russia investigation, Donald Trump claimed on Monday to have an “absolute right to pardon myself”. The president added: “But why would I do that when I have done nothing wrong?”

White House spokeswoman Sarah Sanders, however, later told reporters “no one is above the law”.

The president’s remarks came in tweets in which he said his right to pardon had been “stated by numerous legal scholars”. Last year, he had said he had the “complete power to pardon”.

The question has never been decided by the courts but, in a non-binding opinion written in 1974, the justice department’s Office of Legal Counsel determined that a president cannot pardon himself, under the principle that “no one may be a judge in his own case”.

At Monday’s White House briefing, Sanders dodged questions about whether Trump had the right to pardon himself.

“Thankfully the president hasn’t done anything wrong and wouldn’t have any need for a pardon,” she said.

Asked if Trump believed the founding fathers envisioned the president having the power to pardon himself and thus being “above the law”, Sanders said: “Certainly the constitution very clearly lays out the law and the president hasn’t done anything wrong, so we feel very comfortable on the front.”

She added, after a follow up question: “Certainly no one is above the law.”

Trump was renewing attacks on the special counsel, Robert Mueller, and his investigation into Russian interference in the 2016 election and allegations of collusion with the Trump campaign.

The president’s lawyer, Rudy Giuliani, suggested in television interviews on Sunday that Trump might have the authority to pardon himself but would be unwise to use it. Giuliani told NBC’s Meet the Press: “Pardoning himself would be unthinkable and probably lead to immediate impeachment.”

He added: “He has no need to do it, he’s done nothing wrong.”

Giuliani said he would be “willing to sit down with Mueller and argue it out if he has an open mind to it”. The former New York mayor and mob prosecutor has taken a leading role in defending Trump, sometimes making conflicting statements.

Last Thursday, Trump said he was considering pardoning Martha Stewart, the home decorating mogul who served five months in prison for obstructing justice and similar charges as part of a 2004 insider trading investigation, and the former Illinois governor Rod Blagojevich.

You Probably Have It At Home Right Now, But Did You Know It Can...