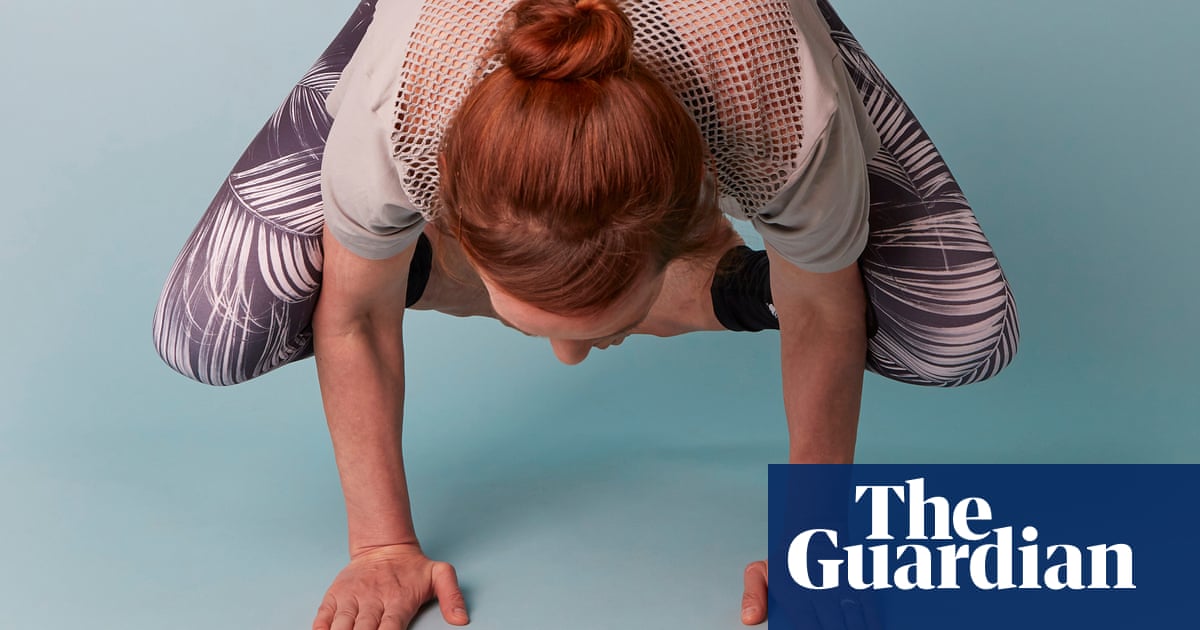 I got to a point on my yoga journey where I realised something: I wasn’t getting any better. In the first few weeks, I made a lot of progress, such as making it through the class without feeling faint. In the subsequent months, I made minor gains in the areas of understanding basic instructions, remembering left from right and holding a plank. But there were moves where my insufficiency remained stark: the hard stuff, the shapes people post on Instagram.

The crow, where you crouch down and tip forwards, balancing on your hands and getting your feet off the ground; the side crow, which is the same thing, sideways; the toe stand balance, where you cross one foot over the other knee, while standing, then somehow manoeuvre yourself to a hovering position, balanced on one set of toes. I thought it would come gradually over time, and it didn’t (believe it or not, I’ve had some help in the image above). I tried practising at home, but outside the yogic environs, I felt less confident than ever.

Finally, I went to an expert: Nahid de Belgeonne, founder of the Good Vibes studio and a specialist in Feldenkrais, a “neuromuscular” method. It’s about making your movements more connected and coherent, understanding your body as an interrelated whole. “How do you do that, though?” I begin, introducing an unwanted 21st-century results-driven energy to the room. “Well, you really have to concentrate,” De Belgeonne says gently. Huh.

We don’t start with a crow; the first move is a downward dog, which everyone can do. Except I’ve been doing it wrong. My hands aren’t planted right, and neither are my feet. “If you’re not stable, your body won’t trust you, and it won’t do what you want.”

Everything is easier, smoother and more natural once your digits are actually pushing into the ground. “You’ve stopped breathing,” De Belgeonne points out. “If you’re not breathing, you’re not doing yoga. You’re just making shapes.”

We move on: she draws me a diagram of the crow. You’re not, it turns out, balancing on your hands. The flexion of the spine draws in all the muscles beneath and around it; your core, your back – that’s what holds you up, not your weeny arms.

Not even trying to get my legs off the ground, I spend ages just tipping myself forward, trying to process which muscles are engaged and which aren’t. Suddenly it strikes me that I don’t really care about the show-off stuff; that if you’re doing it right, everything is a challenge.

“Yeah, I don’t really see the point in those poses,” De Belgeonne says. “If that’s what you want, you’d be better off doing a circus skills class.” Overpowered by her wisdom, I leave with a completely different set of priorities.

The best way to protect yourself from a bad back is to use it often – experiment with its full range and position.

• Find a teacher near you at feldenkrais.co.uk

Q& A: Acrylamide – a reason to give up browned toast and roast potatoes?...

Zoe Saldana shows off ‘Guardians of the Galaxy’ post-baby body