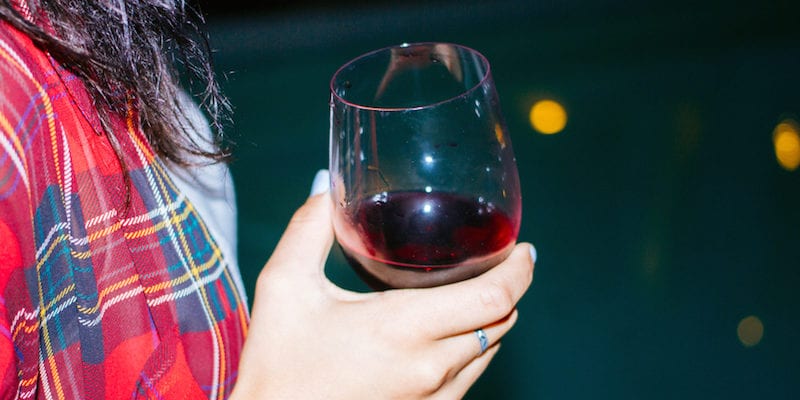 On June 8, aka Wine Wednesday, Tituss Burgess announced the launch of not one, but TWO new wine varietals — Pinot Pride and Ros Pride. According to the press release, Burgess is releasing the wines in partnership with GLAAD, an organization devoted topromoting LGBT acceptance.

While this announcement comes just in time for LA’s Pride Festival and Parade, which goes down this weekend, New Yorkers are not to be left out.The Emmy-nominated actor and musician will launch with a three-day Taste of Tituss Pride celebration starting June 17 that’s hosted by The OUT Hotel and 42West in New York City.

But what does Pride taste like exactly? Pinot Pride, which is a 2014 California Pinot Noir, has layers of lychee, kola and red fruits with a hint of baking spices, wildflower honey and “cacao on the nose.” Ros Pride sounds equally delightful with flavors of “garden-ripe strawberry, crunchy pear skin and morning dew kissing wet stone.” There’s nothing quite as calming as a wet stone make-out sesh.

Grab yourself a glass and get thelow-down on all these not-to-be-missed events.

Tickets to this event will include a private, three-dinner with wine pairings — naturally. For just $129, you’ll get food, wine and a special performance by Tituss Burgess himself. This is the night to see and be seen.

Where? The OUT Hotel

While all you really have to know is that lots of ros will be attending this event, it’s also good to know about the outdoor BBQ brunch, hot tubs and indoor solarium. For just $49 per person, you can have it all.

Where? Great Lawn at The OUT Hotel

The big finale of the three-day weekend ends with Tituss Burgess launching Pinot Pride, along with performances by DJ Scotty Rox, Courtney Act and more. It also happens to be the cheapest event to attend at just $29 per person!

Where? 42 West at The OUT Hotel

You can purchase tickets for all of these events on their website and feel good knowing the proceeds will benefit GLAAD. Until then, we’ll be pouring ourselves a tall glass of that ros while enjoying the LA Pride kick-off this Friday. Cheers!

Listen to 5 immigrants explain why they have American pride on the Fourth of...

The secret sauce in Martha Stewart and Snoop Dogg’s cooking show isn’t what you...