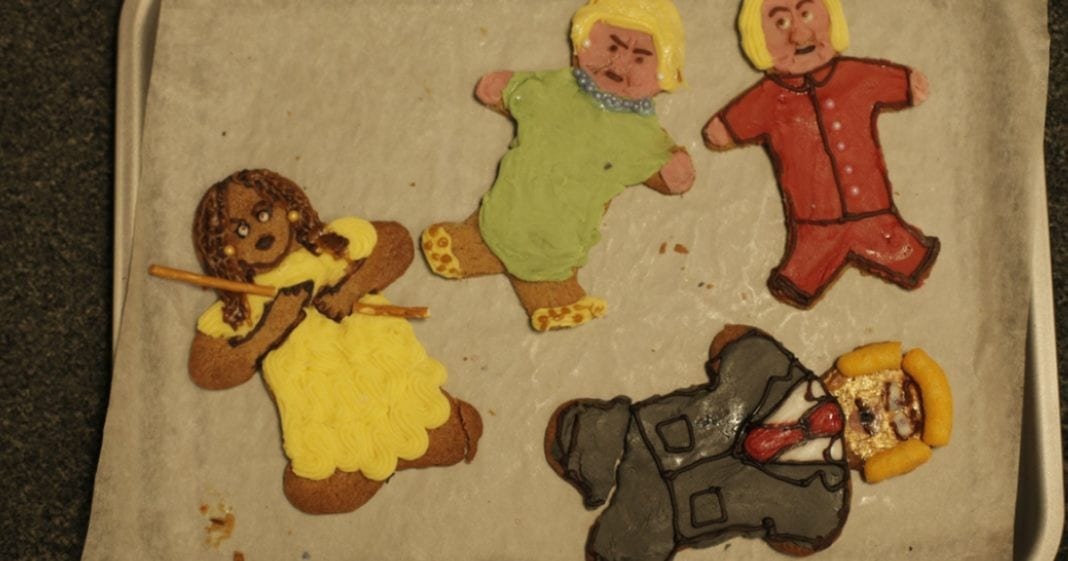 LONDON 2016 has been quite a year, to say the least. There have been some good times, some bad times, and some really, really bad times.

SEE ALSO: Someone made a gingerbread Big Ben and it’s ridiculously realistic

In fact, it’s been so eventful, it’s hard to remember just half of the things that happened. Thankfully, someone’s come up with an excellent and delicious way to help you look back over the year that was.

Podcaster Helen Zaltzman holds an annual gingerbread decorating afternoon with her friends, which started out as a way to create Christmas ornaments for an oversized tree.

Zaltzman appeared on BBC Radio Four’s Woman’s Hour to showcase her efforts to capture 2016 through the prism of gingerbread people.

It would be remiss to leave off the two candidates of 2016’s U.S. presidential election, arguably the most divisive in American history.

And it wouldn’t be an accurate portrayal of 2016 without a baseball bat-wielding Beyonc performing “Hold Up” off her instant legend visual album Lemonade.

Zaltzman’s designs prompted others to share their creations that captured the essence of 2016.

Here’s a gingerbread version of the White House on fire…

@BBCWomansHour my daughter and her friend cope with the US election in gingerbread.# pic.twitter.com/z4UClOUfyB

In short, Beyonc was the only good thing to come out of 2016.

BONUS: This is probably the most over the top gingerbread house ever

Playboy Mansion to Sell to Neighbor for Over $100 Million

The Easiest And Classiest Flatbread For Your Wine Night