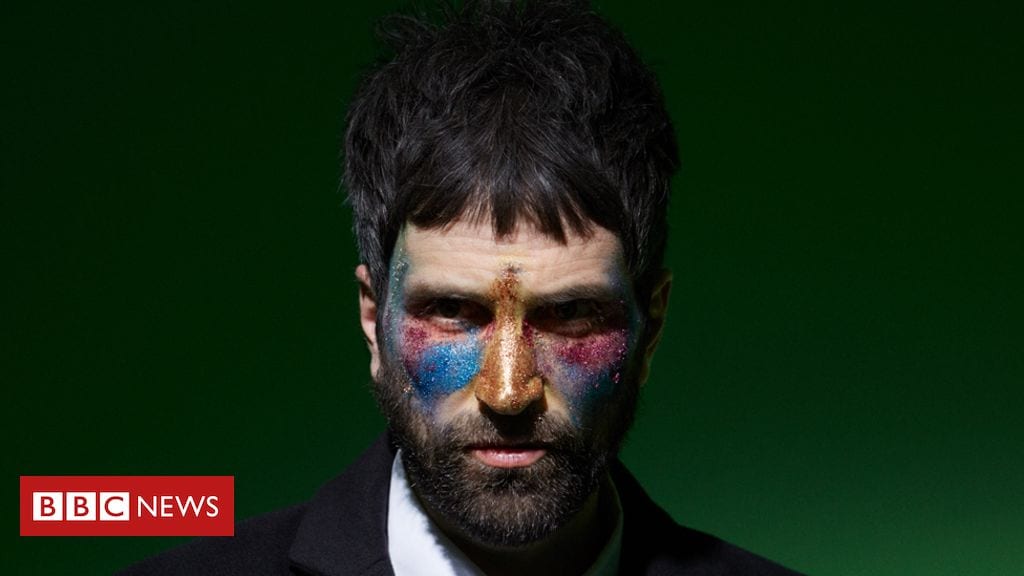 As 21st Century rock ‘n’ roll names go, they don’t come much bigger in the UK than Serge Pizzorno.

Over the past 15 years his tub-thumping band Kasabian have been selling out stadiums and headlining festivals like Glastonbury.

The guitarist/singer’s name has also been synonymous with wonder goals at Soccer Aid and on Soccer Am.

For his first foray into the solo world, however, Pizzorno felt his given birth name in full just “didn’t feel right”, so while his band are taking a year off, he’s now operating alone under the new moniker The S.L.P. [Sergio Lorenzo Pizzorno].

“It almost felt like it would be good if I was starting a new fashion line,” laughs Pizzorno, “like Georgio Armani or something”.

He added: “I thought the initials would be a better place to start.

“The dot after the P is very important if you’re gonna write it,” he stresses.

There’s more to the re-name than meets the eye though, it seems.

As well as being a nod to a famous late rapper, Pizzorno claims his latest incarnation allows him the chance to free himself from the shackles of his day job – running a massive dance-rock “machine” – and to explore a different side his personality, with a whole new short-haired look to boot.

“There’s three songs on the record called Meanwhile…” he explains, “Meanwhile in Genoa, Meanwhile… The Welcome Break… and Meanwhile… In the Silent Nowhere – that’s the start middle and end of the album.

“In everyday life he’s got his suit on and behind what we don’t see is that he’s this thing, this alter ego.

“So I just thought you’ve got ‘Serge’, whatever that means, and meanwhile there’s The S.L.P.”

He adds: “It felt like OK, I’ve got a starting point and for me making music, I need a start point, I need a reason to do it.

“I’m not doing it to knock out cheese burgers and make profit, I’m into it to blow my own mind.”

Pizzorno debuted tracks from his forthcoming debut solo album at a central London Q & A, alongside his friend, comedian and sometimes collaborator Noel Fielding.

One of Fielding’s own alter egos – aside from baking cakes and cooking up surreal comedy – is portraying Vlad the Impaler, a character from one of Pizzorno’s band’s songs, at some live shows.

Fielding described his friend as “one of the best songwriters we’ve got,” adding, “we should celebrate him.”

The 38-year-old musician from Leicester views the record as “an updated self-portrait” and a chance to take stock of who he really is, where he’s been and where he’s headed.

His band have had five consecutive UK number one albums, with Pizzorno acting as the main songwriter and creative force.

“You get so far doing it and you just forget,” he says, sipping a suitably rock ‘n’ roll-named cocktail – Crossfire Hurricane.

“You go ‘oh that’s what I do now’, and some mornings you wake up and go ‘I don’t know if I wanna do that anymore’. Everyone does it, you do it.

“It’s that thing of going ‘man, remember when it wasn’t about that?’

“So now I can ask whatever I want, I can go into a studio and don’t have to think about headlining a festival, or getting it on the radio or all the things that creep in.

“There’s a freedom to it, it can be whatever it wants to be and that is exciting.”

The first thing “it” became was a collaboration, (thanks to a mutual friend) with one of the hottest rappers in the UK, Little Simz, on lead single Favourites.

The genre-bending track, which was Annie Mac’s Hottest Record on Radio 1 earlier this year, tackles a subject that barely existed when Kasabian began – the stress of online mobile phone dating apps.

“I was sat in a boozer with my wife,” he recalls, “and we saw these girls flicking through, going ‘he’s my favourite,’ and I was like ‘I’m writing that down, I love that.’

“It just got me thinking about the real you. What we put out to the world, especially online, is a heightened vision of yourself and the perfect version of you, but the reality is we’re all sat at home panicking like hell about everything!

“I needed someone to buzz off and Simz, she’s the best. So I sent her the track on email and told her what it was about and she loved it.

“It’s this back and forth between this couple on a date and in their heads this voice is screaming out ‘if you only knew the real me!’ but then they can’t give that away.

“She came down to the studio, we sat down and she penned it on an iPhone.”

The re-branded Pizzorno is currently putting together a band for some Dave Byrne/Talking Heads-inspired theatrical live dates, which he promises will also include some more intimate solo moments.

“I don’t want it to be like Kasabian” declares Pizzorno, who adds that his record – sonically speaking – goes “from Ibiza to Nigeria to… I dunno… Croydon”.

And as he begins his musical metamorphosis into his own version of Batman, he does so with the full blessing of the man who has been his Robin for all these years (or vice versa) – Kasabian singer, Tom Meighan

Sergio Pizzorno’s debut solo album The S.L.P. is out later this year

Breathtaking Day of the Dead festivals in Mexico and the US