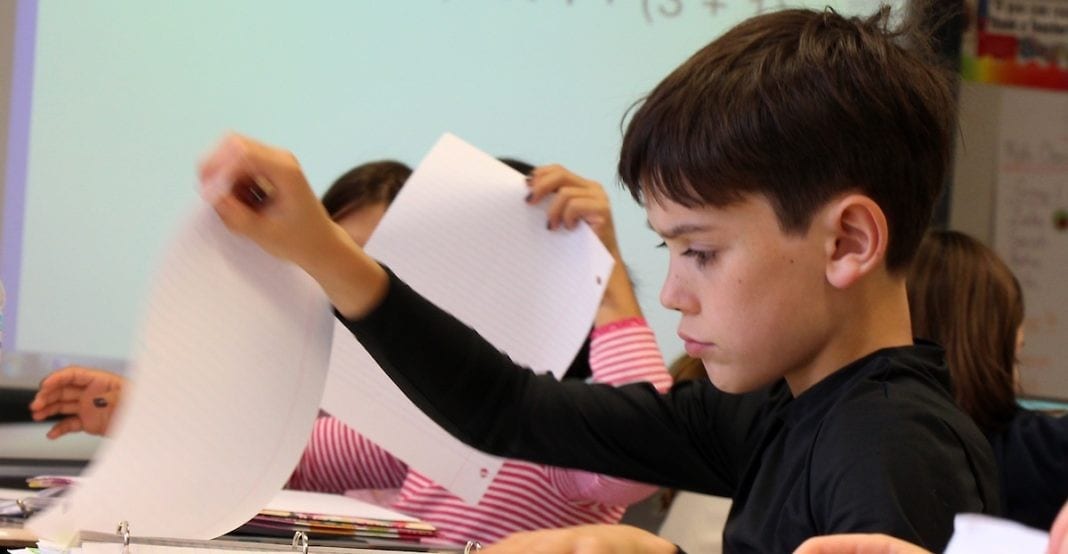 My delightful sister, Annie the Queen of Seeing Through B.S. posted this image on Facebook the other day:

Leaving aside what you may or may not like about this image itself, it made me wonder:

What do standardized tests actually tell us?

Heres what my sister who is now 28 says:

“Dear 16-year-old Annie, you suck at standardized tests. In 10 years, no one will care, and your path in life will have nothing to do with your SAT score. Get graded now, and prove them wrong later.”

My sister was always the social one.

While I was in my room with books as a kid, she was in hers with clothes in front of the mirror. When I was 12, I thought she was vapid and shallow.

What I didnt realize is that she was systematically hypothesizing, testing, and analyzing what the Italians call la bella figura the way she would present herself to the world. Her personal brand. She was doing this when she was 8. Younger, even.

Meanwhile, I invented imaginary continents, drew imaginary maps of them, populated them with imaginary cities full of imaginary people whose clothes and weapons I also drew, with elaborate ecosystems of fictional creatures whose life cycles I documented with all the loving detail of a field biologist.

Our home was 20 miles from the nearest significant town, and we were homeschooled.

We lived in a place called Wayside, Texas except that there was no more Wayside, Texas. People abandoned the town back in the 1970s, leaving a dried-up ruin of concrete foundations and artifacts on which our brand-new house sat.

I used to have nightmares about running across those flat plains forever, getting nowhere. Sometimes I still have those dreams.

Every morning Id wake up, microwave something for breakfast, and look over the index card that my mom had prepared with my assignments for the day: “Do math lesson 34. Do exercises 171 to 175 in English workbook. Read pp. 471503 of history book.”

12-year-old me would brew a nice cup of green tea and get down to business. Three or four hours later Id be done, and Id spend the rest of the afternoon designing my own role-playing games or digging up the archaeological ruins on our property or trying to learn to code in C++. Or watching music videos.

Annie on the other hand lets put the cards on the table: I thought she was dumb.

All day, shed sit there with Mom, talking about her schoolwork.

She actually, physically asked questions when it was so much easier and faster to ask a book or the internet not to mention that with books and the internet, you had direct access to the accumulated knowledge of 5,000 years of human memory. When you talked to Mom, you had access to well Mom. Annie also got very stressed when she had to take an exam.

This was another reason I thought Annie was dumb:

To achieve a “100” on an exam, I knew, all one had to do was create simple mnemonics, memorize the necessary information, then select the right answers on the exam. Or if it was an essay exam, just write the authors arguments back to him or her in a slightly altered way. Simple. Like baking cookies.

Annie would cry about her exams, and Id go up to my room, cranking up the Weezer or Chopin. I was certain nothing of value was transpiring in that pink, bookless wasteland of her room. She had so many stuffed animals they couldnt fit on the bed.

Now, everyone knows that when a kid arrays her stuffed animals on her bed and conducts a parliament with them, this is more than just play. This is the development of an important technology: the ability to infuse inanimate objects with aspects of ones own consciousness, then interact with them to talk out a problem, wage battle among conflicting thought processes, or just shoot the shit with oneself. This process requires physical objects to which the consciousness-aspects can be assigned it cant be achieved within ones own mind.

Thus, stuffed animals, dolls, action figures, fetishes, graven images and idols theyre all essential tools for a person trying to work something out. Clothes can work that way too; the trying on of different personas. But I just didnt see it that way then.

At some point in all this, Annie and I both took our standardized tests.

In America they call it the SAT, but it’s basically the same everywhere: battalions of tiny ovals on white pages, questions about “If A is to B as B is to C, then what is the relationship of C to A?” and “Would you say this passage is more perspicacious or percipient?” and “If George the intern deposits $3,750 in his account, and thats 25% of his intern salary, then how much is his monthly pay?”

Monsters is what they are.

Annie put her SAT off as long as she could.

She did not enjoy the exam nor was she especially proud of her scores. But she scored well enough to get into a respectable university, where she studied brand communications and marketing and social dynamics and all the stuff she always played at up in her room in front of that mirror.

She went to Manhattan to be an actress for a while, got a lot of roles but wasnt into it, came back to Texas, bounced from one job to another, fell in love, bought a house, adopted a diverse cast of dogs, and found her way to a laid-back desk job where she feels at home.

I typed up a five-page proposal in which I detailed the reasons I should be allowed to skip the rest of high school and go to a university. I presented binders containing this proposal to my parents, who caved.

I was the only 16-year-old freshman at Texas Tech University. The university paper did a feature about me. I studied Latin and spent most of my time in the universitys five-story library, which was my favorite place in the world. I didnt really have any friends. Sometimes people let me hang out with them. Mostly I hung out in the library. Or in my room at my parents house after the 20-mile drive home.

When I was 17, I talked my parents into letting me drop out of the classics program at Texas Tech so I could go study film in Los Angeles.

Somewhere in there, though, a realization was forming: What the people with money actually want is skills.

Like, oh my god, its all about the actual practical ability to do useful things for other human beings!

Well, the only guarantee for that ability is that it promises you a place using those same skills somewhere else, filling out similar little cards behind a desk in a little red building.

All it guarantees is a place where, if youre lucky, some kid might dig those cards up from under the West Texas dirt someday and squint at the markings on them under the summer sun and wonder just what in the hell those little slips of paper were for anyway.

Barnwood theft may be on the rise because of ‘Fixer Upper’—and fans aren’t having...

Do You Really Need A Detox?

7 Things Dermatologists Would Never Put On Their Skin