The long read: Its cheap, attractive and convenient, and we eat it every day its difficult not to. But is ultra-processed food making us ill and driving the global obesity crisis? 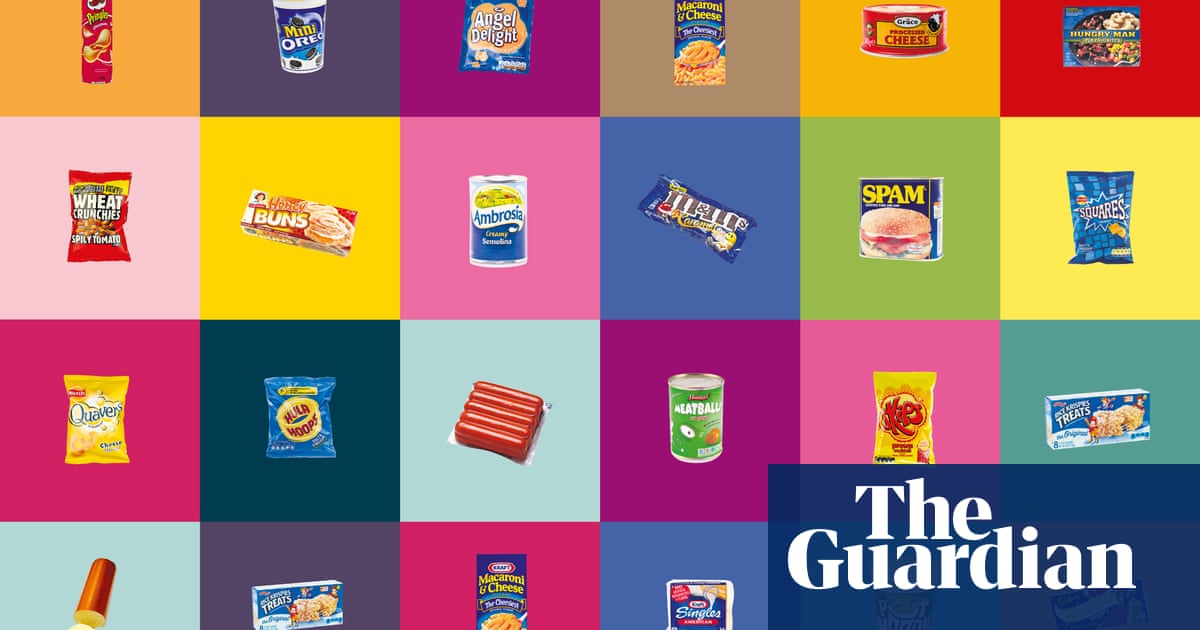 Nearly three decades ago, when I was an overweight teenager, I sometimes ate six pieces of sliced white toast in a row, each one slathered in butter or jam. I remember the spongy texture of the bread as I took it from its plastic bag. No matter how much of this supermarket toast I ate, I hardly felt sated. It was like eating without really eating. Other days, I would buy a box of Crunchy Nut Cornflakes or a tube of Pringles: sour cream and onion flavour stackable snack chips, which were an exciting novelty at the time, having only arrived in the UK in 1991. Although the carton was big enough to feed a crowd, I could demolish most of it by myself in a sitting. Each chip, with its salty and powdery sour cream coating, sent me back for another one. I loved the way the chips – curved like roof tiles – would dissolve slightly on my tongue.

Back in the 90s, there was no word to cover all the items I used to binge on. Some of the things I over-ate – crisps or chocolate or fast-food burgers – could be classified as junk food, but others, such as bread and cereal, were more like household staples. These various foods seemed to have nothing in common except for the fact that I found them very easy to eat a lot of, especially when sad. As I ate my Pringles and my white bread, I felt like a failure for not being able to stop. I had no idea that there would one day be a technical explanation for why I found them so hard to resist. The word is “ultra-processed” and it refers to foods that tend to be low in essential nutrients, high in sugar, oil and salt and liable to be overconsumed.

Which foods qualify as ultra-processed? It’s almost easier to say which are not. I got a cup of coffee the other day at a train station cafe and the only snacks for sale that were not ultra-processed were a banana and a packet of nuts. The other options were: a panini made from ultra-processed bread, flavoured crisps, chocolate bars, long-life muffins and sweet wafer biscuits – all ultra-processed.

What characterises ultra-processed foods is that they are so altered that it can be hard to recognise the underlying ingredients. These are concoctions of concoctions, engineered from ingredients that are already highly refined, such as cheap vegetable oils, flours, whey proteins and sugars, which are then whipped up into something more appetising with the help of industrial additives such as emulsifiers.

Ultra-processed foods (or UPF) now account for more than half of all the calories eaten in the UK and US, and other countries are fast catching up. UPFs are now simply part of the flavour of modern life. These foods are convenient, affordable, highly profitable, strongly flavoured, aggressively marketed – and on sale in supermarkets everywhere. The foods themselves may be familiar, yet the term “ultra-processed” is less so. None of the friends I spoke with while writing this piece could recall ever having heard it in daily conversation. But everyone had a pretty good hunch what it meant. One recognised the concept as described by the US food writer Michael Pollan – “edible foodlike substances”.

Some UPFs, such as sliced bread or mass-produced cakes, have been around for many decades, but the percentage of UPFs in the average person’s diet has never been anything like as high as it is today. It would be unusual for most of us to get through the day without consuming at least a few ultra-processed items.

You might say that ultra-processed is just a pompous way to describe many of your normal, everyday pleasures. It could be your morning bowl of Cheerios or your evening pot of flavoured yoghurt. It’s savoury snacks and sweet baked goods. It’s chicken nuggets or vegan hotdogs, as the case may be. It’s the doughnut you buy when you are being indulgent, and the premium protein bar you eat at the gym for a quick energy boost. It’s the long-life almond milk in your coffee and the Diet Coke you drink in the afternoon. Consumed in isolation and moderation, each of these products may be perfectly wholesome. With their long shelf life, ultra-processed foods are designed to be microbiologically safe. The question is what happens to our bodies when UPFs become as prevalent as they are at the moment.

Evidence now suggests that diets heavy in UPFs can cause overeating and obesity. Consumers may blame themselves for overindulging in these foods, but what if it is in the nature of these products to be overeaten?

In 2014, the Brazilian government took the radical step of advising its citizens to avoid UPFs outright. The country was acting out of a sense of urgency, because the number of young Brazilian adults with obesity had risen so far and so fast, more than doubling between 2002 and 2013 (from 7.5% of the population to 17.5%). These radical new guidelines urged Brazilians to avoid snacking, and to make time for wholesome food in their lives, to eat regular meals in company when possible, to learn how to cook and to teach children to be “wary of all forms of food advertising”.

The biggest departure in the Brazilian guidelines was to treat food processing as the single most important issue in public health. This new set of rules framed unhealthy food less in terms of the nutrients it contains (fats, carbohydrates etc) and more by the degree to which it is processed (preserved, emulsified, sweetened etc). No government diet guidelines had ever categorised foods this way before. One of the first rules in the Brazilian guidelines was to “avoid consumption of ultra-processed products”. They condemned at a stroke not just fast foods or sugary snacks, but also many foods which have been reformulated to seem health-giving, from “lite” margarines to vitamin-fortified breakfast cereals.

From a British perspective – where the official NHS Eatwell guide still classifies low-fat margarines and packaged cereals as “healthier” options – it looks extreme to warn consumers off all ultra-processed foods (what, even Heinz tomato soup?). But there is evidence to back up the Brazilian position. Over the past decade, large-scale studies from France, Brazil, the US and Spain have suggested that high consumption of UPFs is associated with higher rates of obesity. When eaten in large amounts (and it’s hard to eat them any other way) they have also been linked to a whole host of conditions, from depression to asthma to heart disease to gastrointestinal disorders. In 2018, a study from France – following more than 100,000 adults – found that a 10% increase in the proportion of UPFs in someone’s diet led to a higher overall cancer risk. “Ultra-processed” has emerged as the most persuasive new metric for measuring what has gone wrong with modern food.

Why should food processing matter for our health? “Processed food” is a blurry term and for years, the food industry has exploited these blurred lines as a way to defend its additive-laden products. Unless you grow, forage or catch all your own food, almost everything you consume has been processed to some extent. A pint of milk is pasteurised, a pea may be frozen. Cooking is a process. Fermentation is a process. Artisanal, organic kimchi is a processed food, and so is the finest French goat’s cheese. No big deal.

But UPFs are different. They are processed in ways that go far beyond cooking or fermentation, and they may also come plastered with health claims. Even a sugary multi-coloured breakfast cereal may state that it is “a good source of fibre” and “made with whole grains”. Bettina Elias Siegel, the author of Kid Food: The Challenge of Feeding Children in a Highly Processed World, says that in the US, people tend to categorise food in a binary way. There is “junk food” and then there is everything else. For Siegel, “ultra-processed” is a helpful tool for showing new parents that “there’s a huge difference between a cooked carrot and a bag of industrially produced, carrot-flavoured veggie puffs” aimed at toddlers, even if those veggie puffs are cynically marketed as “natural”.

The concept of UPFs was born in the early years of this millennium when a Brazilian scientist called Carlos Monteiro noticed a paradox. People appeared to be buying less sugar, yet obesity and type 2 diabetes were going up. A team of Brazilian nutrition researchers led by Monteiro, based at the university of Sao Paulo, had been tracking the nation’s diet since the 80s, asking households to record the foods they bought. One of the biggest trends to jump out of the data was that, while the amount of sugar and oil people were buying was going down, their sugar consumption was vastly increasing, because of all of the ready-to-eat sugary products that were now available, from packaged cakes to chocolate breakfast cereal, that were easy to eat in large quantities without thinking about it.

If I Was Less Of A Girl, And More Of A Woman

See the toy designed by a 6-year-old that was launched into history on Dec....