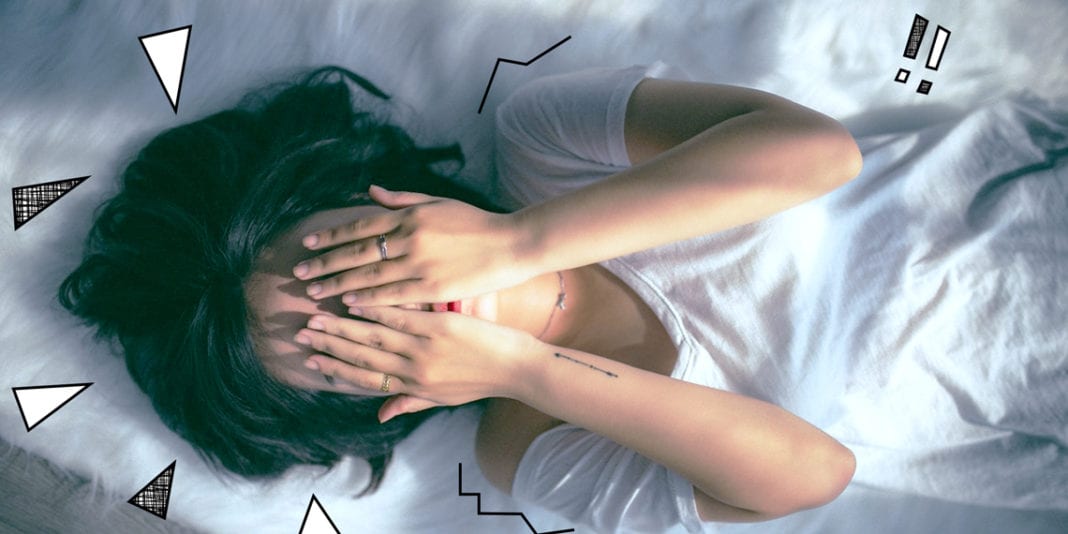 You know those days where if you get one more email, you’re going to throw your iPhone under the subway? Then your mom calls and you start freaking out because no, you don’t have a plan. And then, Whole Foods is out of Halo Top and you have to wait in line for 30 minutes because everyone decided to go grocery shopping at the same time. But all you wanted to do was lie in bed and watch Friends all day. If only being lazy all day was, like, an actual job.

Acknowledging that we’re stressed is a growing movement. And since long periods of stress cause cortisol (the primary stress hormone) to spike and higher cortisol levels lead to weight gain, heart disease, memory problems, headaches, and depression, feeling stressed out is not a joke. In addition, there’s more awareness that anxiety is an actual problem that affects at least a third of the world. And honestly, the number feels like it should be higher since literally all of my friends complain of being anxious (but maybe it’s because we’re stressed out millennials).

In any case, since stress is bad for both your physical and mental health, I’m always looking for ways to de-stress. A year ago, the New York Times wrote an article about how the “Prozac Nation is Now the United States of Xanax,” so sure, I’m well aware there are plenty of drugs that doctors love to push on their patients. But since I’ve always loved trying weird things, I wanted to test out some alternative methods of de-stressing. Since I have no background in anything medical (does dropping out of pre-med count?), I turned to Google (which we all know is totally reliable) and decided to try them out.

Here are the results in my totally scientific one-test subject study on alternative medicine/new age-y ways to chill out.

I invested in a diffuser and some oils from Urban Outfitters. Lavender oil supposedly reduces stress (plus, you know, smells lovely) so I thought I’d try it. Some essential oils can also be applied to the skin when diluted, but a word of warning: like most things in a very contradictory health industry, there’s not much definitive evidence on whether essential oils should be ingested. Personally, I would probably steer clear from swallowing essential oils. Also, don’t diffuse around your pets. Anyway, I have no plans on accidentally dying in the pursuit of journalism, so I just stuck with spritzing lavender in the air. The whole experience felt quite spa-like and did temporarily relieve some tension. I suppose I could have lit a candle instead, but for some reason, essential oils are all the rage. Plus I’m trying not to get expelled for accidentally burning down Stanford.

Breathing actually weirdly works. Inhale through one nostril, and then exhale through the next. The act of focusing on my breathing seems to have a calming effect for some reason. It’s basically, meditation, which I’m sure it would work—in theory. If I could sit down and not have my mind wander after 30 seconds (“this is a waste of time. I really could be finishing that paper so I can get blacked tonight at a mixer…”) that would be a miracle. I believe the whole point is to let go of your thoughts and just connect with your nature, but it’s kind of hard when my thoughts are freaking out all the time. So, let’s just stick to breathing for now.

Did these make a difference or did I want to buy one more random thing from Urban Outfitters? The world will never know. But hey, apparently, rose quartz promote good vibes, so I figured, why not get a few? At the very least, they make my glum cement block of a dorm room slightly less hideous.

Someone once told me coffee boosts your metabolism, so I’ve been drinking it like mad ever since. The bad news? It also increases stress, so maybe my three triple shot lattes a day were not the best idea. In pursuit of de-stressing, I decided to give up caffeine for a few days and it was TERRIBLE. Honestly awful. I started falling asleep by 5pm, I had a splitting headache, and I did not in any way feel less stressed. Would I have felt less stressed if I decided to push through my caffeine withdrawal? Maybe, but you try writing a paper with a migraine.

Sounds kitschy, but crafts can totally release stress. Apparently, the act of doing the same repetitive action over and over is soothing, so drawing or scrapbooking or knitting are all good ideas if you’re feeling overwhelmed. Honestly, drawing is really therapeutic, as was scrapbooking all my memories of last year in a week, which I maintain will be cute one day despite the fact that all my friends think I’m incredibly maudlin.

If all of these sound stupid to you, then I recommend stress baking. At the very least, you’ll end up with some dope chocolate chip cookies or something.

If We Can Keep It review: how Trump happened and how America might survive