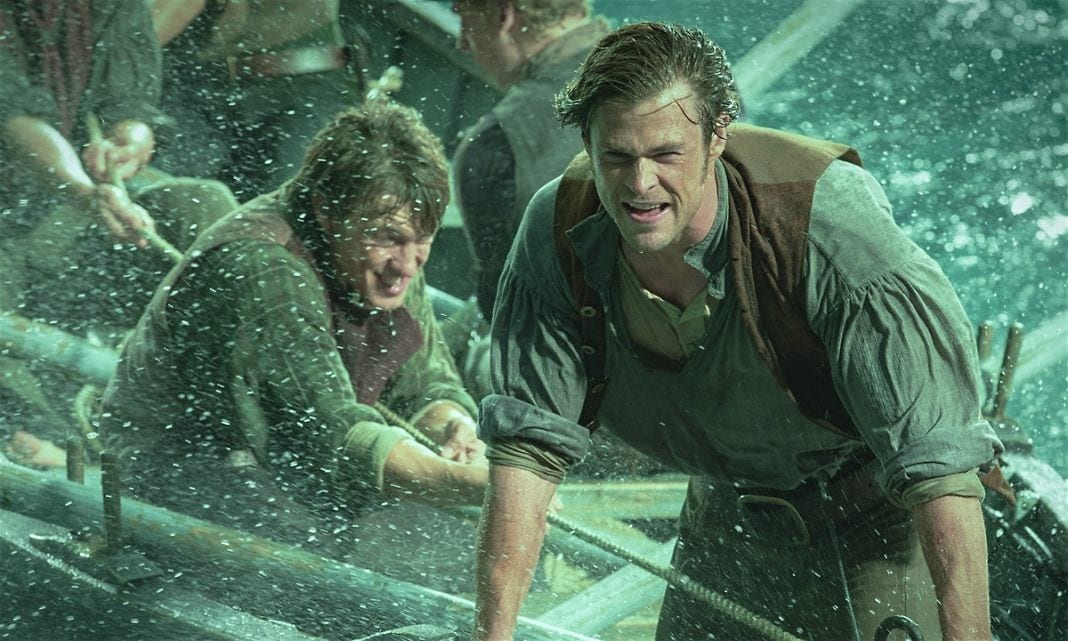 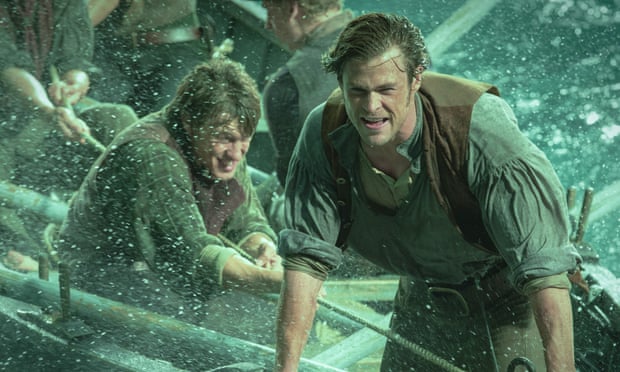 I married a whaleman. It sounds like the title of a Roger Corman picture, but its a world-weary sigh heaved by Charlotte Riley, pregnant wife of Chris Hemsworths Owen Chase, first mate of the doomed Essex of Nantucket. Hes off on another dangerous voyage on behalf of the greedy jerks that sit behind their desks while good men put their necks on the line. Thats what Chase is thinking, anyway, when his promised captaincy is bumped down a peg while to-the-manor born George Pollard Jr (Benjamin Walker) is given command. If Chase sits this one out, hell get his own commission next time, but will there be a next time with a novice captain running things?

This setup is told in flashback, from one of the few survivors of the Essex, Thomas Nickerson, played with a thousand-league stare by Brendon Gleeson as a broken older man, and scrappy Tom Holland (the new Spider-Man!) as a wide-eyed tot taking his first Nantucket sleighrides. Nickerson is spilling his guts to a writer of some renown long obsessed with the tale of the Essex. One might even call the fate of this ship his personal white whale. You might also call the writer Herman Melville, researching what will eventually be Moby-Dick. (The film itself is based on Nathaniel Philbricks nonfiction book of the same title.)

Director Ron Howard does a solid job of getting the smell of salt off the page and into the picture. The first half works quite well simply as a procedural, but when the action comes we run into trouble. The well-earned seriousness is washed away as were broadsided by B-movie tropes. It may very well be that an enormous white whale possessed of all Poseidons fury tormented the men of the Essex, but by the movies third act, weve fishtailed into pure silliness.

Dont get me wrong: cinemas could use a movie where Chris Hemsworth, our closest modern equivalent to Steve Reeves, faces down sea monsters with a harpoon in his hand and fire in his eyes. Its just that rolling from serious drama to action-adventure and back to drama again can make you seasick. Whats more, many of the action scenes feature some noticeably poor computer generated effects. No amount of fake droplets on the lens can obscure those ludicrous shots of enormous whales defiantly flipping their tail fins at the crew during magic hour. (To be fair, the stunt shots that dont include too much whale-watching are all quite thrilling.)

Its weird that a major motion picture about the Age of Sail needs to be so heavily pegged to a known intellectual property like Moby Dick. (In The Heart of the Seas closing footnote card rivals The Imitation Games for an eye-roll award.) Or that Charles Leavitts screenplay feels the need to remind us again and again that our lust for oil has been a cause of great woe since before we even knew it could come from the ground. But Hemsworth, botched New England accent and all, is a movie star, and this is movie star material. When the men are baking in open boats in the doldrums of the Pacific, Howards survival instincts kick in. The enormity and danger of the ocean is more than enough drama on its own.

Experts Found Out That This Oil Is Better Than Your Toothpaste! Unbelievable!

Deserts and dynamite: my journey to the cosmic heart of land art

Blac Chyna’s Impressive AF Snap Back Will Inspire You To Get Off The Couch...