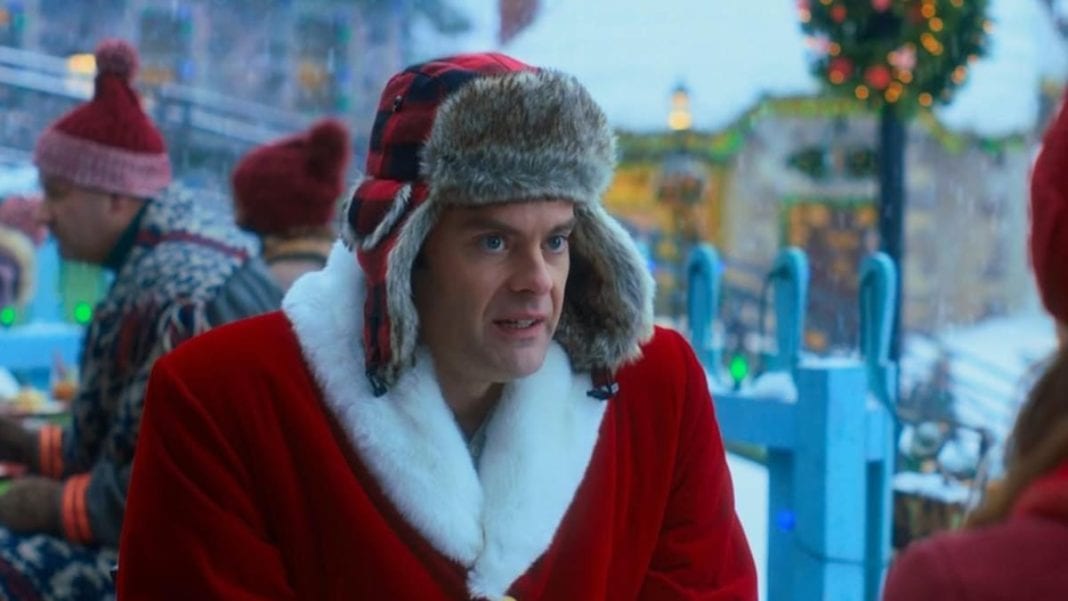 This is a preview of our pop culture newsletter The Daily Beast’s Obsessed, written by senior entertainment reporter Kevin Fallon. To receive the full newsletter in your inbox each week, sign up for it here.

The Season of Bad Christmas Movies Must Be Stopped

Earlier this week I attended a holiday party. There were old timey carolers doing the “Ding Dong Ding Dong” song that someone else in attendance informed me is actually called “Carol of the Bells.” (The more you know.) In lieu of a bracelet when you checked in, you got a Santa hat. Hot cider was served as cocktail waiters mouthed along to “Rockin’ Around the Christmas Tree.”

It was horrifying. I assure you that every passing appetizer I ate and every glass of wine I drank was IN PROTEST. It is too soon.

For everyone keeping track of what holidays Kevin is and is not cranky about, he loves Christmas as much as he hates Halloween. But that does not mean I condone the travesty that assaulted me on my walk to the subway on the morning of Nov. 1: giant snowmen and Christmas trees decorating the windows of the shopping complex near my apartment.

The video that Mariah Carey posted of herself falling asleep in her costume the night of Halloween and waking up at midnight Nov. 1 to an alarm playing “All I Want for Christmas” was hilarious. Congrats to her social-media gay on a fantastic post. And while I have spent the equivalent of a small nation’s GDP over the years to attend Carey’s Christmas concerts and, again, love the holiday, I do not earn millions of dollars in royalties each year by having my hit song play earlier and earlier and thus must stress again it is too soon.

Sure, time is nothing but a series of minutes and hours spent resetting login passwords and then you die. Maybe it shouldn’t matter if Christmas season is a month, or two, or three. But also, what if we let special things stay special?

The actual occasion of this early November holiday party was the release of the Disney+ original Christmas movie Noelle, starring Anna Kendrick, Bill Hader, Billy Eichner, and Shirley MacLaine. It’s cute. Bill Hader is supposed to be the next Santa Claus, but he’s not cut out for it and runs away to Phoenix to do yoga instead. Anna Kendrick is his jolly sister who goes to find him. Along the way everyone learns that maybe she’s better suited for the, uh, suit. Think The Santa Clause meets Elf with a feminist bent.

Hallmark’s “Countdown to Christmas” schedule of shitty movies that birthed a cottage industry and demented fanbase—no judgment!—began on Oct. 26. That’s two full weeks before the network staged its first ever “Christmas Con,” which, “hold on to your Santa hats,” was a three-day convention for fans to geek out together over novelty sweatshirts and Melissa Joan Hart.

Lifetime is respectfully waiting until this Friday to begin its holiday movie onslaught. And you’ll have to wait all the way until Nov. 21, which is still a full week before Thanksgiving, to see Vanessa Hudgens play a high-school teacher who falls in love at Christmastime with a time-traveling knight on Netflix.

Of course, Noelle isn’t even the first major Christmas release this year, with Last Christmas having hit theaters the Friday before it. To review it, I attended a screening before Halloween.

I’m an entertainment reporter. I understand how the industry works. Movies need to screen and be promoted early in order to grab attention and eyeballs. On the one hand, I’m tempted to forgive the too-early release of Last Christmas because its twist is bonkers enough to be exciting any time of the year, and also Emma Thompson sings a Yugoslavian folk song and who would ever complain about that? On the other hand, why insist on a Nov. 8 release?

Last Christmas hit theaters 47 days before This Christmas. Is anyone really desperate for a holiday movie so far before the holiday?

Here’s the thing that’s blown my mind. I thought this year was unique, that we’re careening faster than ever toward an endless consumerist holiday nightmare. But it’s apparently always been this way! The Santa Clause premiered on Nov. 11 in 1994. Elf hit theaters on Nov. 7. “All I Want for Christmas Is You” first dropped on Oct. 29!!!

NEWSLETTERS
The Daily Beast’s Obsessed
Everything we can’t stop loving, hating, and thinking about this week in pop culture.
By Clicking "Subscribe" you agree to have read the Terms of Use and Privacy Policy

Homemade Pumpkin Pie: Because You Donâ€™t Want to be Basic on Thanksgiving

Make These Boozy Moon Pies So No One Has To Know You Missed The...