King of Puddings: All the bounty of a brownie but topped with a decadent fudge sauce and crunchy nuts for all the gooeyness and bite one could ever ask for 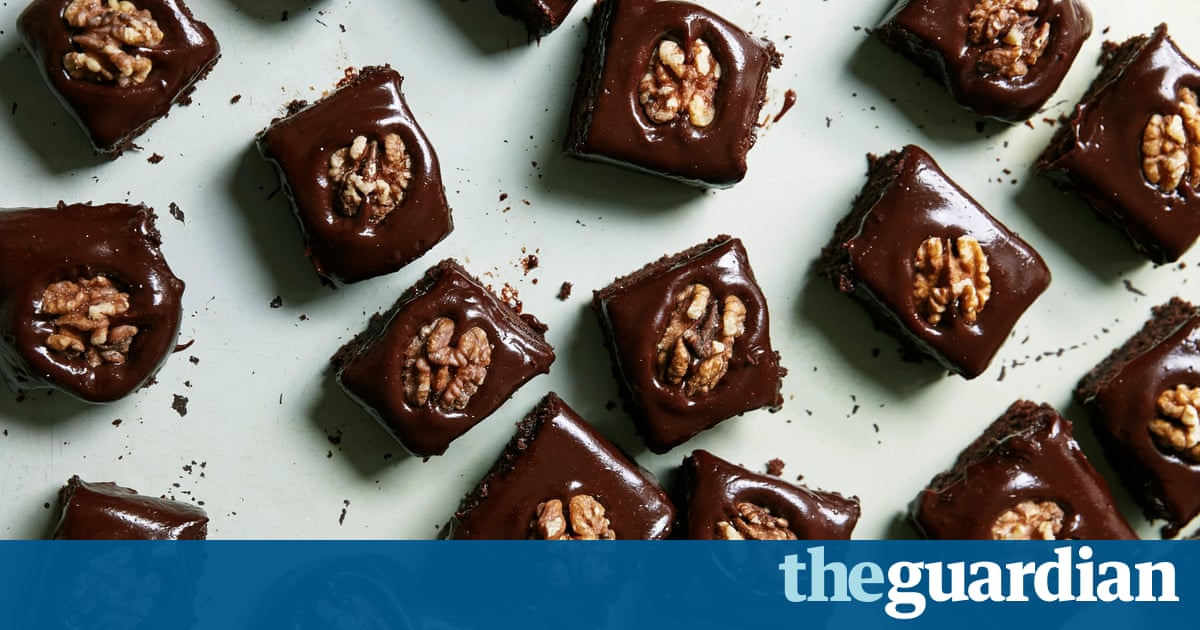 Once when I was a young lad, having a thought to bake a cake, and so leafing through Fannie Farmer’s Boston Cooking-School Cook Book, my dad happened to walk past. As he did, ruffling my hair, he glanced down to have a look at what I was reading, as was his wont, and made one utterance.

“Brownies! Chocolate brownies!” And then he walked on.

Looking up at Dad, I was left with this memory of looking up at Dad, as clear as a bell. Chocolate brownies … curious! Clearly a vivid and delicious memory had been triggered. Dad was as keen as can be about North America, and Canada in particular. He had apprenticed himself to an advertising agency in Montreal in the 1950s having graduated from art school in Dundee. Curiously, apart from the bowls of spaghetti bolognese Dad ate at a huge restaurant in Montreal for mere cents (being paid very little), chocolate brownies were the only culinary memory Dad ever shared from his time there. It gave me the distinct impression that a brownie was North America in chocolate form.

Many years later, when I worked for a catering company in London called Duff and Trotter, the book ever at hand was the Silver Palate Cookbook – the bible for all delicatessen shops, the sole surviving copy of which I still have (a fair few having drowned in cake batter and other such incidents best left undisclosed). Its pages are covered in chocolate paw prints – particularly that with the chocolate brownie recipe.

There is a curious quality to a brownie, an almost unseemly amount of sugar to a most modest amount of chocolate. The sugar is vital for that fudgy, near chewy, almost indefinable great bite of brownie, so intensely chocolatey that only a Roald Dahl dictionary can define it (“scrumdiddlyumptious” springs to mind). For my part, topping the brownie with fudge was the result of a curious accident. One night, finishing dinner, I was left with a pot of fudge sauce and a tray of brownies. I tipped the fudge sauce on to the brownies and left it to set. Thinking only that a pleasant treat for elevenses would result, it was duly served up for breakfast the next day. Such was the response that we have served it like this ever since.

I have cooked and enjoyed chocolate brownie unembellished, or as sliders with ice-cream sandwiched between. I have enjoyed blondies, too. But it is the Silver Palate and Fannie Farmer recipes I still have the greatest fondness for, and a combination of the two inspired this recipe. Incidentally, while brownies were supposedly first named in Farmer’s 1896 book, it is said that, until the early 20th century, brownies contained molasses but no chocolate at all…

A thought for the cook: use the best, most bitter chocolate for this recipe. Not only is the resulting brownie very good indeed when made with a fine bitter chocolate, so too is the fudge icing to pour atop.

These Majestic Garden Weddings Are All The Planning Inspo You Need For The Big...

7 Creepy Details In Back To The Future (You Never Noticed)

The Chrome Extensions We Can’t Live Without