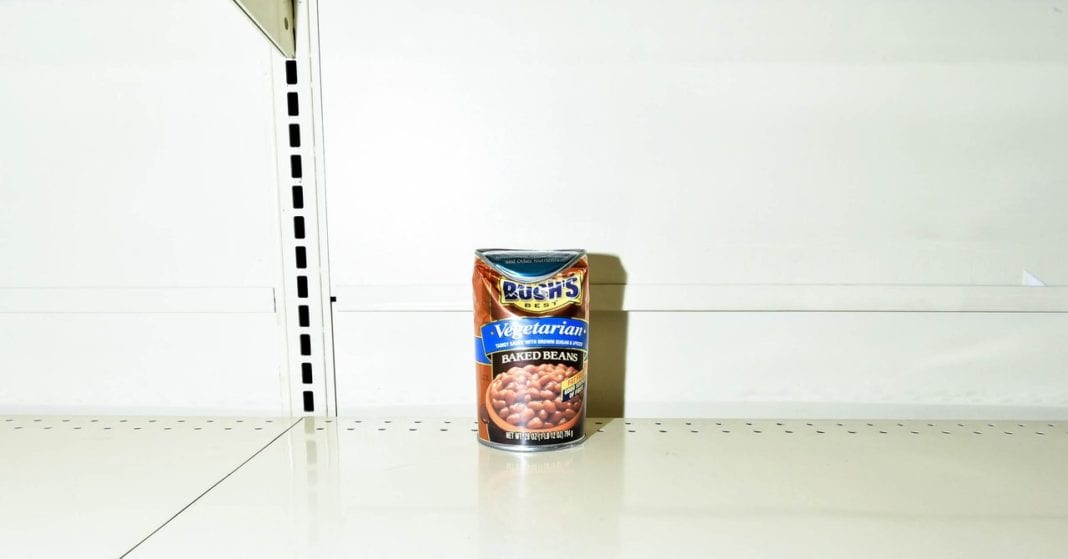 Hi, folks. Please use this Friday newsletter as a mile marker in your endless sheltering-in-place! It’s much easier than writing the thing, believe me.

This weekly column is still free for everyone to access. But eventually, only WIRED subscribers will get Plaintext as a newsletter. You’ll get to keep reading it in your inbox by subscribing to WIRED, and getting unlimited access to all our amazing tech coverage, in print and online.

I grew up during the Cold War. Back then, Soviet life was portrayed as a bleak series of deprivations. We pictured people grimly standing in line to get into grocery stores. If the bread ran out before the line did, you'd have to go home and make your own. There was political deprivation as well. Soviets knew that their leaders lied to them, and they knew that noting the truth would lead to retribution. Meanwhile, public gatherings were looked upon with suspicion, and displays of artistic expression were closely monitored. In 1989 the Berlin Wall fell, and then the Soviet state fell as well. The West celebrated “winning” the Cold War, and it was impossible to imagine that the United States could ever resemble that hardscrabble dystopia that was our vision of Russia under Soviet rule.

These days, in my social isolation, I think a lot about this. All of a sudden the caricatures of Russia have sprung up in our daily lives, triggered not by a Communist menace but by potentially deadly strings of RNA. We are virtually locked into homes and apartments that seem to have shrunk to the size of Muscovite concrete-block domiciles. If we do venture out, protected by masks and gloves, avoiding each other like, well, the plague, we encounter some bare shelves. Rumors of toilet paper shortages spur mini-riots. In theory you can avoid the lines and have food brought to your door, but snagging a delivery slot is America’s equivalent of a country dacha.

Our social media reflects the shift from a culture that celebrates capitalistic excess to one where victories come in securing the basics. People who once made you feel bad by posting lavish vacations, courtside seats at Warriors games, and well-plated delicacies at the French Laundry now boast of their sourdough starters. Meanwhile, every day we get a politburo-style government briefing in which our leader routinely tells us that we are enjoying abundance in categories of items that are, in fact, in desperate need of replenishment.

Like a nation of Raskolnikovs, we lead underground lives. In the Soviet era, intellectuals and artists had a surreptitious means of communications, a stealth distribution system, called samizdat. It is an ad hoc means of publishing information, based on a DIY spirit. Though the current impetus is to avoid a virus as opposed to the secret police, I feel very much like, in 2020, we have been thrust into samizdat culture. Instead of going to movies, plays, and concerts, we are sharing home-made experiences from our individual bunkers. Every night, countless people capture performances in their living rooms. I’ve watched scuffling cabaret artists who would have otherwise been performing in Sid Gold’s Request Room, a local piano bar. (Venmo tips welcome.) The other night I saw one of my favorite albums, Satellite Rides by the Old 97's, performed by the lead singer, one of a constant stream of home concerts presented by a service called Stageit. As great as these are, seeing performers squinting at comments on a screen is a poor substitute for the roar of a crowd cheering them on to an encore.

Also reeking of samizdat are the online replacements for the social interactions we used to routinely enjoy. The secondhand comfort provided by these virtual memorial services, dinner dates, birthday parties, and seders are evocative of the furtive pleasures we once imagined our Cold War counterparts had to settle for.

What seems most Soviet of all is the bleached-out tone of our newly drab existence. (Maybe it’s exacerbated by all those Clorox wipes we use?) It’s especially brutal for those who are living alone or have lost jobs. It’s like we’re living in the numbing monochrome from the movie The Spy Who Came In From the Cold, a downer of a spy thriller set in East Berlin.

I apologize for the bleakness here. (Maybe I should get out more?) So let me end this on a brighter note. This plague will end. We will once again leave our homes and gather. And maybe we will emerge with lessons that, in some ways, will make our new lives richer than they were before we ever heard the word coronavirus. Perhaps the recent converts to bread baking will supercharge a movement away from processed foods. Our samizdat performances might infuse art with a new intimacy; concerts in actual living rooms, with real audiences in them, might flourish. And those virtual gatherings will have taught us how precious our friends and loved ones are, spurring us to gather more often, and be nicer to each other when we do. Plus, we’ll party harder.

Nice thoughts to have. But for now our new iron curtain remains drawn, and we’re holed up in isolation, policed not by barbed wired and guards but a dispiriting biological threat. It’s not classic oppression. It just feels like it.

Last week, Ira Einhorn died in prison, where he was serving a life sentence for the murder of his ex-girlfriend, Holly Maddux. She was 30 years old when he killed her in September 1977, furious that she was leaving him. Einhorn was well known in his hometown of Philadelphia, as well as in hippie and new age circles, and his 1979 arrest (Holly’s body was found in his closet) shocked the city and his extensive network of friends. When I wrote a book about the case in 1988, he was a fugitive. It wasn’t until the late 1990s that he was found and, with much effort, extradited to the US. The verdict dispatching him permanently to prison came in 2002. I was there, writing for Newsweek about the case I had been following for decades, which is now completely closed:

I was talking to Einhorn's lawyer William Cannon—I was surprised when he said he'd like me to autograph his copy of "The Unicorn's Secret"—when Holly's brother John passed by. Cannon called him over. "I'm sorry for what Philadelphia became to your sister, for what happened to her here," Cannon said. "She was a beautiful person, and I was very sorry I never got to meet her" … Finally, the television cameras were disconnected, and the crowd outside the courtroom dispersed. The Madduxes, the prosecutors, [DA extradition officer] Rich DiBenedetto and I went down the street for a quiet lunch. I had a gift for the Madduxes, something I'd been lent during the research of my book and had only recently rediscovered, figuring that today would be the occasion to return it. It was a collection of school assignments completed in 1960 by their older sister. One paper in particular had, under the circumstances, an eerie poignance: a list of the prime numbers under 300, carefully arranged into three columns of painstakingly rendered integers, with her handwritten signature on the top of the page: Holly Maddux. She would have been 55 this year. I, too, was sorry I never got to meet her.

Ask Me One Thing

Christina from Portugal asks, “How do we get rid of all the dead websites, no longer valid because the owner has moved on, died or opened another site…? It is like a web cemetary out there. When you see a webpage you really have to search for dates so as to figure out if it is still active. Google Maps is full of places, restaurants, Airbnbs no longer active.”

In theory, these sites will disappear when the domain names aren’t renewed. And the lack of traffic and inbound links will drive those sites deep in search results. That said, maybe there’s an opportunity for a browser extension that identifies ghost websites? As for Google Maps (and other services) showing businesses that are out of business, I agree that we need them to do a better job. This is only going to get worse as places go out of business because of the pandemic. Let’s look forward to the days when new red pins sprout up, indicating just-opened restaurants, bars, and shops.

You can submit questions to mail@wired.com. Write ASK LEVY in the subject line.

A Bronx Zoo tiger tested positive for Covid-19. My question is, who did the tiger know to help her get a test? Was she in the NBA?

Advertisement
Last but Not Least

A few weeks ago, I asked Larry Brilliant the one thing he would do if he were suddenly in charge of the crisis. He said he would appoint Ron Klain, who’d headed Obama’s Ebola response team, as the new czar of coronavirus. Naturally, that made me want to interview Klain.

And for some lighter fare: Don’t count out Moore’s law just yet—scientists have figured out how silicon can emit light, a stunt that could somehow keep Gordon Moore’s famous observation of exponentially increasing computer power relevant.

That’s it for this week. Stay safe! And don’t forget to tip the performers.

Don't miss future subscriber-only editions of this column. Subscribe to WIRED (50% off for Plaintext readers) today.

7 Ways To Get Rid Of Bad Odors In Your Home