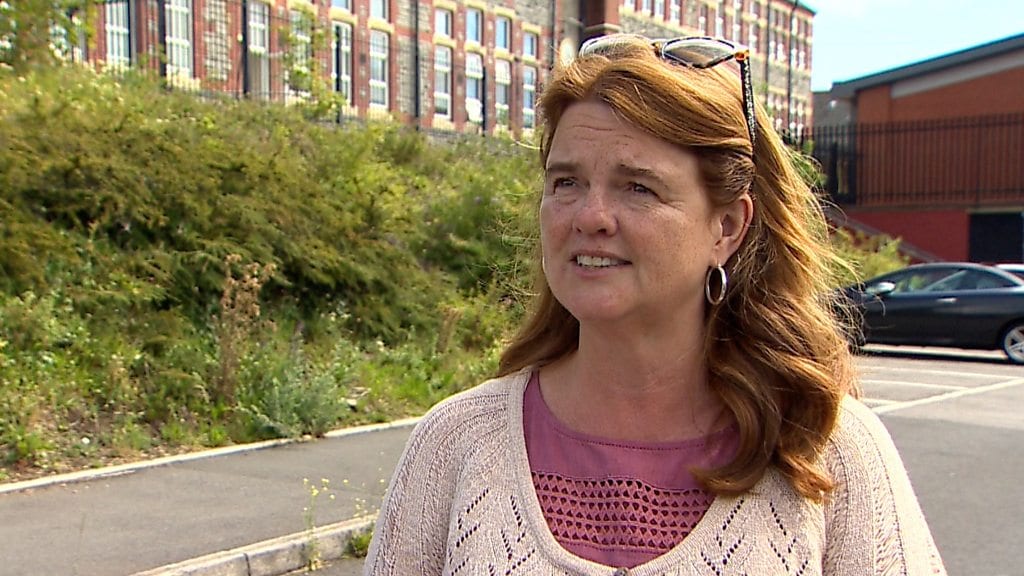 A growing number of primary schools are keeping their doors open during the summer holidays.

“Our children and our families need us to be there, not just during term time and not just in the traditional way,” says Janet Hayward, head teacher of Cadoxton Primary, in Barry.

“It’s just been something that has become the heart and soul of what our school is about.”

The number of schools offering the programme has risen by 43% this year.

Like 75 other primary schools around Wales, Mrs Hayward and her learning assistants welcome children back for three weeks during the holidays.

Funded by the Wales-wide School Holiday Enrichment Programme (Shep), they serve breakfast and lunch. Lessons are replaced by sports and activities. Families join the children once a week for lunch.

Ellie May, taking part in a baking session, said: “It’s really fun, it helps us learn a lot. We’ve got loads of different activities. It’s good to get out and do some stuff – I know quite a lot of people would be sat at home not doing a lot.”

Jess added: “We play, do art, make new friends – it’s my first year here and I really enjoy it.”

The school is in a ward in Barry where the latest figures estimate 31% are classed as living in child poverty – above the Wales average of 29.3%.

But the programme is open to any primary-age child, whatever their circumstances.

Almost 2,500 children took part in Shep last year. This month, 3,700 are expected to pass through school gates that would usually be locked for six weeks.

It is a response to growing concern about some children not getting a healthy diet outside term time.

Isolation and a lack of stimulation over the summer might also contribute to a growing attainment gap, say supporters of the scheme.

But the £900,000 spent by the Welsh Government this year is nowhere near enough to reach all the children in need, says the Bevan Foundation think-tank.

In a report on the “national scandal” of holiday hunger, it says guaranteeing a place for a quarter of children eligible for free school meals would cost £4.75m.

A Welsh Government spokesman said: “We have increased funding for the School Holiday Enrichment Programme by £400,000 to £900,000 this year, which includes £100,000 for a new pilot based on play and community based settings.”

Bakersfield: the parallel-universe town where Donald Trump is still surging