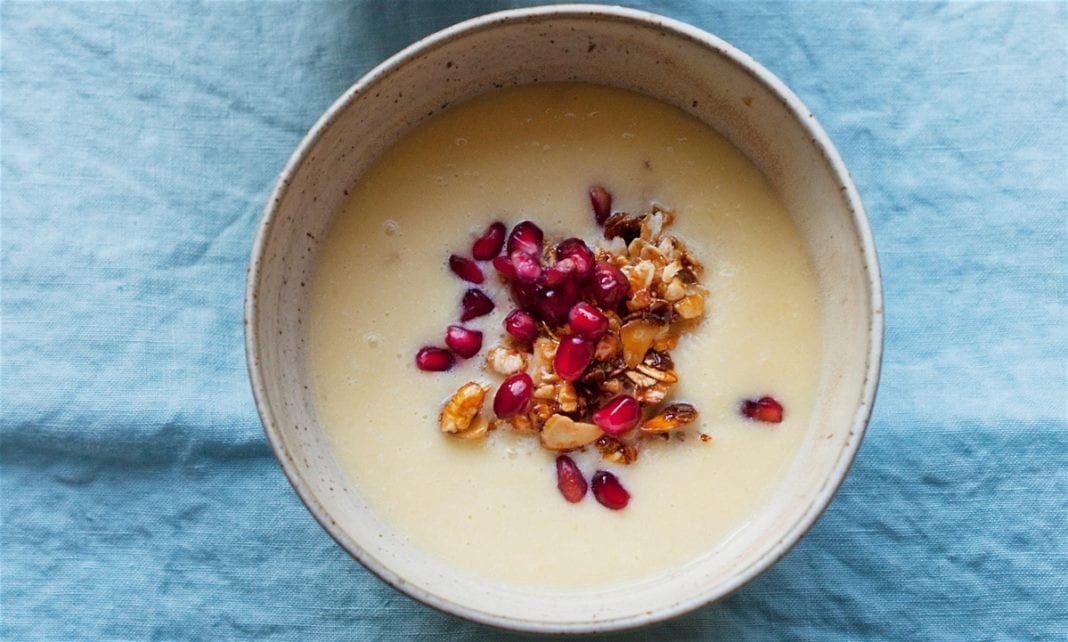 Whats the rush? Indulge yourself by starting the day with a leisurely, luxurious breakfast, says Nigel Slater 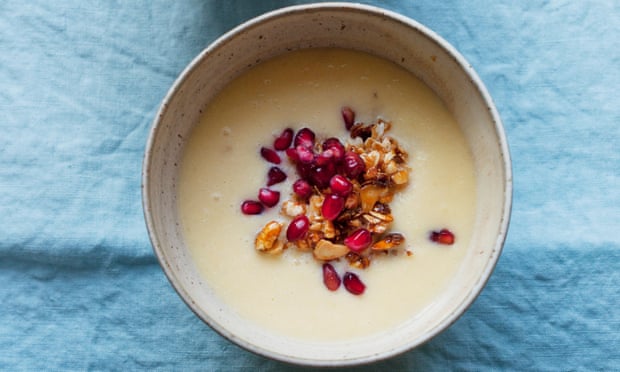 Christmas morning aside, the next few days will probably start a little later than usual. The gobble-and-go of the working week makes way for a breakfast that is more leisurely, leaving time for the slow, sizzling glory of a full English, eggs Benedict or a batch of muffins.

But there are other possibilities, too. A toasted sandwich (I find a mixture of taleggio and crumbed stilton makes a splendidly oozing filling) or a fruit smoothie so thick you need to eat it with a spoon; a sandwich of bacon, sausage and stuffing; a cast-iron frying pan of bubble and squeak hissing and popping on the stove. So many breakfasts, so few mornings.

This week we had toasted muffins, folds of dark, cured ham, an egg whose yolk ran as it should, covered with a sweet, creamy blanket of quince-flavoured cream. It was a sort of eggs Benedict for those who are not inclined to make hollandaise at eight in the morning.

We could have made a compÃ´te of dried apricots and prunes, simmered with a little honey and apple juice, served warm with a tot of Armagnac (oh come on, its only once a year) or perhaps a frosty morning stir-fry of black pudding and Brussels sprouts topped with a fried egg, sunny side up.

Whether you choose to start the next few days with a bacon sandwich, a plate of golden-fleshed tropical fruits or even a slice of snow-topped Christmas cake, may I take this opportunity to wish you all a truly magical Christmas?

Not the sort of smoothie you might drink from a glass, but one that is altogether thicker, and for which you will need a spoon. The Christmas wake-up call of golden passionfruit juice and pineapple gets a crunchy texture from the addition of toasted puffed rice, oats and pomegranate seeds. (You can find unsweetened puffed rice in wholefood shops.) I have included toasted almonds, too, making this a cross between a smoothie and a light muesli. Whatever name it goes by, it will set you up for the day.

Cut the passionfruit in half, then scrape the seeds, juice and pulp into a sieve balanced over a jug. Using a small spoon, push the juice and pulp through the sieve. Discard the seeds.

Peel the pineapple, remove the brown eyes and chop the flesh. Put the pineapple and passionfruit juice into the jug of an electric blender. Drop in the ice cubes and the yogurt then blend to a smooth purÃ©e.

Pour the pineapple and passionfruit into two small, deep bowls. Crumble the oat and rice mixture then stir in the pomegranate seeds and spoon into the smoothies.

An adaption of the classic eggs Benedict. The sauce is a pale, pepper-freckled cream made with membrillo, the amber-coloured quince paste. Its dose of fruity sweetness is a good partner to the herbal, foresty flavour of the cured ham beneath it I suggest speck or perhaps serrano and to the salty nuttiness of the mixture of seeds, salt and thyme I have scattered over it. If eggs arent your thing, try a few stalks of steamed purple sprouting instead, taking care to drain it thoroughly.

To make the seed mixture, tip the sesame seeds into a dry frying pan and toast over a moderate heat for a couple of minutes till golden. Add the Nigella seeds, letting them warm briefly, then remove from the heat. Roughly chop then add the thyme leaves and several pinches of sea salt flakes, then set the mixture aside.

Make the quince cream by pouring the cream into a nonstick saucepan. Cut the quince paste into small pieces then add to the cream, place over a moderate heat and stir gently till the cream is hot and the paste almost dissolved. Season lightly with coarsely ground black pepper and a little salt. Put a pan of water on to boil for the eggs.

Poach the eggs until soft inside, remove and briefly set aside. Split the muffins in half and toast till their cut surface is lightly crisp and golden. Divide the muffins between two plates. Spoon a little quince cream on each muffin and some ham on each.

Put a poached egg on top of each muffin, then spoon over a dollop of the quince cream. Scatter the herb seed mix on top and serve immediately.

Country pride: what I learned growing up in rural America