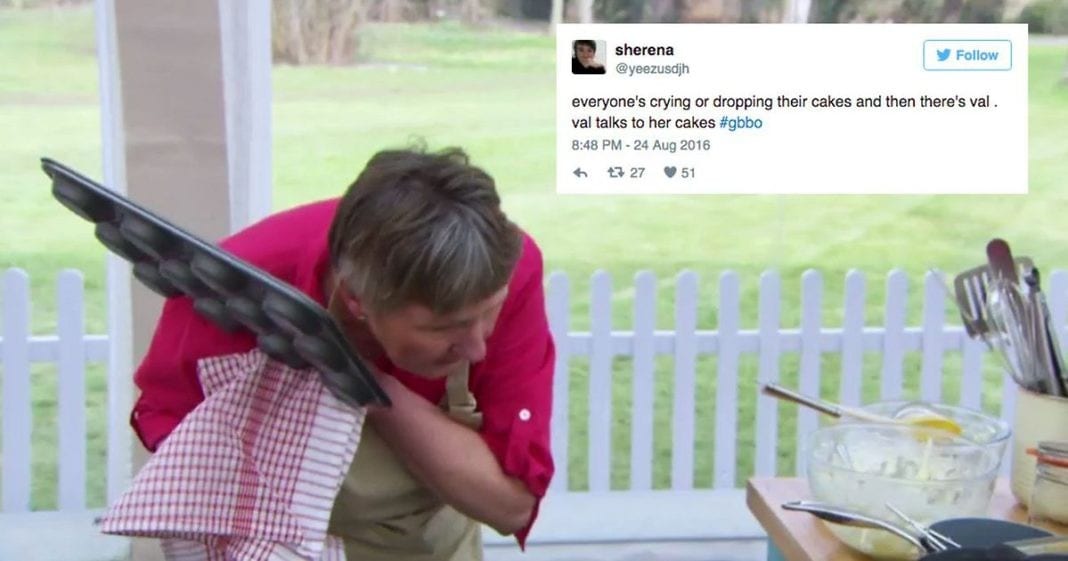 LONDON There are all sorts of culinary hacks out there designed to make your cake-baking experience run as smoothly as possible but listening to a cake to tell whether or not it’s ready has got to be a new one.

For Val, though a retired headmistress from Somerset, UK, who’s taking part in this year’s Great British Bake Off competition it’s business as usual.

“I listen to my cakes,” says Val during the first baking challenge, cheerfully raising a sponge to her ear. “And they’re not ready.

Later in the show, Val uses her technique to good effect.

The internet couldn’t get enough of Val.

everyone’s crying or dropping their cakes and then there’s val . val talks to her cakes #gbbo

Love #GBBO and the innuendos always make me laugh. Val listening to her cakes was a new one! #simplepleasures

Val was defo my fav tonight, lady after my own heart talking to her cakes #gbbo #GBBO2016

Val is my favourite hands down, I love how she thinks the cakes sing to her #GBBO

It’s still early days in the competition, but Val may already be the people’s champion.

People Are Decorating Christmas Trees With Flowers, And It Looks Amazing (Photos)