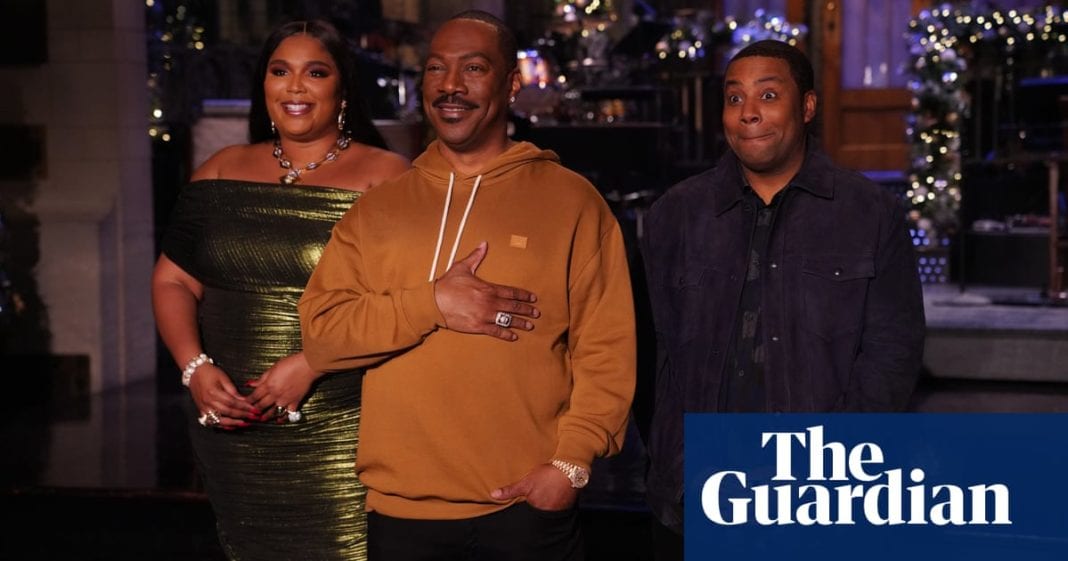 Murphy reprises some of his most popular characters, and reminds us that no one can match him 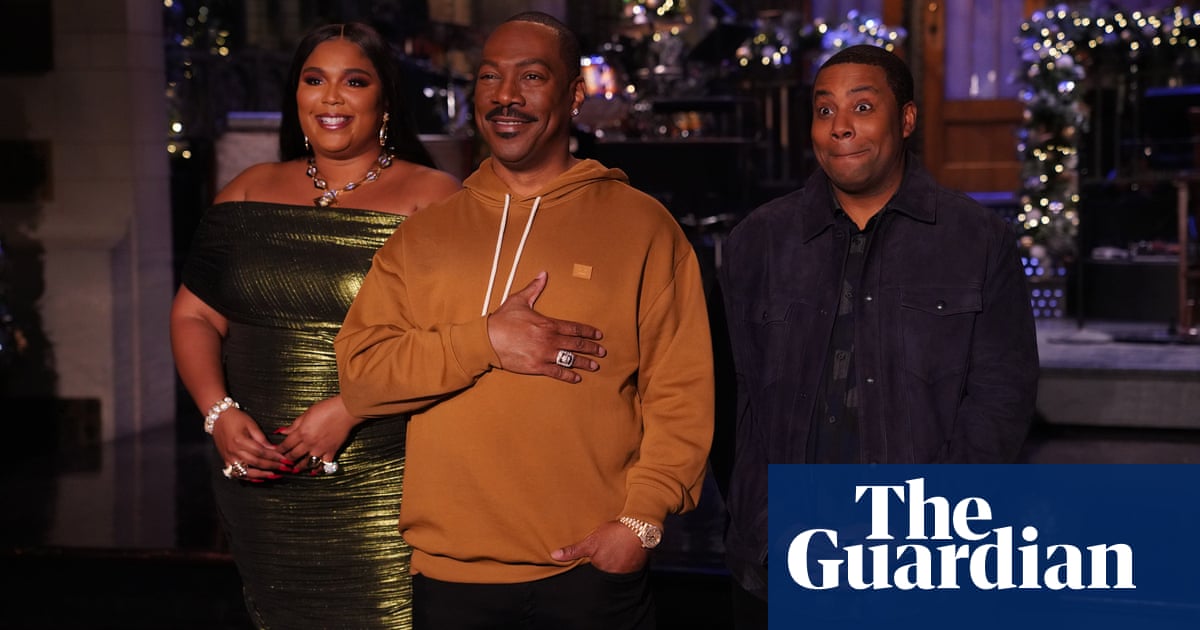 The final Saturday Night Live of 2019 turns out to have been an early Christmas gift for all, as comedy kingpin Eddie Murphy returned to the show after 35 years.

It opens with the latest Democratic primary debate, which “just like The Bachelor, the further we go, the less diverse it gets”.

The candidates start to argue over wine caves, but they’re interrupted by a number of hangers-on, including martini-swishing dropout Kamala Harris (Maya Rudolph), Wicked Witch of the Democratic party Tulsi Gabbard (Cecily Strong) and even Trump (Alec Baldwin) himself, who, channeling daytime talk shows, dares them to “Impeach me outside, losers!”

As usual, David’s Sanders is the standout, although Sudeikis almost steals the show with his rambling bravado (it’s a toss-up as to who makes for a better Biden, he or Woody Harrelson).

Eddie Murphy hosts SNL for the first time since 1984, making this the most highly anticipated episode in recent memory. He starts his monologue talking about his new baby girl, getting in a killer dig at Bill Cosby by asking, “Who’s America’s Dad now?” Given the past animosity between Murphy and the disgraced Cosby, this feels downright triumphant.

Tracy Morgan, Chris Rock and Dave Chapelle all show up to pay homage to him. While lighting up a cigarette, Chapel notes that he followed Murphy’s blueprint for his entire career: “I became the biggest star on television and then I quit.”

While some might be disappointed that we weren’t treated to any new standup from Murphy, it’s hard to complain about watching four of the funniest comedians of their generation swap jokes with one another while celebrating Murphy’s legacy.

There was no question this episode would see Murphy reprise some of his most popular characters from his time as a cast member, and we dive right in with a new episode of Mister Robinson’s Neighborhood.

A lot has changed since last we saw Mister Robinson, but he’s managed to hold onto his apartment even as gentrification has completely transformed the neighborhood .

How has managed this? The answer is also the mantra of the day: Squatter’s Rights. He’s visited by a couple of his new neighbors, who, he tells us, paid over a million for the unit “where Mr. Robinson’s old neighbor Freddy use to cook crack!”

They accuse him of stealing their brand-new TV, but he manages to scare them off by flying into a fit of his trademark baritone rage.

He then needs to skip out through the back window when a long-lost son tracks him down with the help of 23 & Me. Murphy is great here, effortlessly picking up where he left off 35 years ago.

On Holiday Baking Championship, contestants design cakes based on cherished Christmas memories. Three of the four confections are inedible monstrosities based on real-life baking disasters, with Murphy’s grotesque hedgehog cake being a literal demon who speaks in “evil backwards devil talk”.

A good sketch to begin with (props to the props department), Murphy still manages to elevate it with top-notch delivery. He’s clearly having a blast, too.

Another of Murphy’s most beloved characters returns in The Masked Singe, as a mystery contestant sheds his Corn on the Cob costume and reveals himself to be none other than Buckwheat.

The aged Little Rascals star samples a number of classic songs, such as “I Chot Da Chariff” (I Shot the Sheriff), “Aneese Nameena” (Feliz Navidad), and “R-E-S-P-T-T-D” (Respect). Fans of the characters will enjoy his return, though there’s not much beyond easy nostalgia.

Lizzo is the night’s musical performer. She performs her anthem Truth Hurts, backed by an all-female rock band as well as her loyal dancers, The Big GRRRLS.

On Weekend Update, Colin Jost and Michael Che start to rundown the impeachment of Donald Trump, only to be interrupted by a chorus of bleeped cursing as the segment is invaded by none other than Gumby (dammit!).

The acid tongued, cigar chomping green misanthrope marks his triumphant return by utterly laying waste to the hosts, especially Che, who he repeatedly refers to as “you black bastard!”. Murphy doesn’t just kill it here, he absolutely slaughters it, bringing the house and hosts to tears.

Next up is a new edition of Black Jeopardy, featuring Murphy’s smooth-talking pimp Velvet Jones, who uses the show to promote his bestselling book, I Wanna Be a Ho (as well as a couple new editions, such as How to Be an Instagram Ho), but has to reckon with the #MeToo movement.

This one falls a little flat, with Murphy stumbling over his lines. Also, I know that Velvet Jones is a fan favorite, but I can’t help but think the sketch would have been better served if Murphy had adopted the titular character from his (great) new film, Dolemite Is My Name.

Lizzo returns and, surrounded by a winter wonderland replete with candy-cane dance poles, performs a noel-themed version of Good as Hell.

Like fellow 2019 comeback king Adam Sandler’s return to SNL last season, Murphy’s return somehow managed to live up to the massive hype preceding it. He reminded us that, when he’s working at full power, no one can match him. A true Christmas miracle.