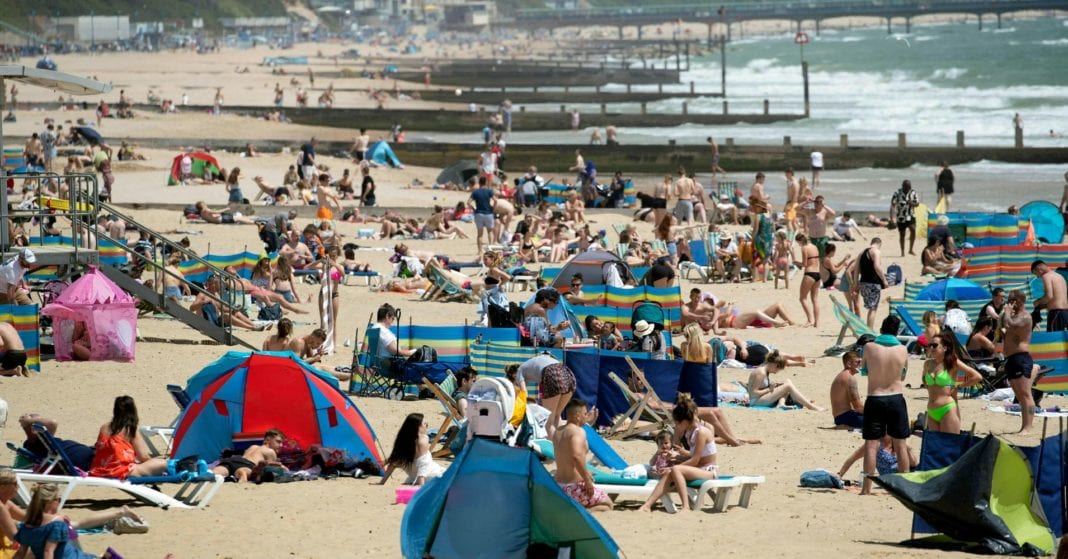 The world just recorded its warmest June ever. A deadly heat wave has been baking much of Europe ― France experiencing its highest temperature on record last week, a blistering 45.9 degrees Celsius (or nearly 115 degrees Fahrenheit). Now, Alaska is enduring what for it is an ongoing heat wave.

In short, it’s hot. And scientists warn this is just a taste of what the climate crisis has in store for the Earth.

World Weather Attribution, an international organization of scientists conducting climate research, said the frequency and intensity of Europe’s heat waves have been exacerbated largely by humans.

Gavin Schmidt, director of NASA’s Goddard Institute for Space Studies, came to the same conclusion, blaming greenhouse gasses spewed into the atmosphere by various human activities as the main culprit.

“While this doesn’t mean that every year, or every summer, will be warmer than the one before, it greatly increases the chances of record hot temperatures ― as we are seeing across the globe,” he told HuffPost in an email Wednesday. “The long-term trends are very clear ― the planet has warmed about 2 degrees [Fahrenheit] since the 19th century and, without large-scale emission cuts, those trends will continue and records will continue to fall.”

Damon Matthews, a professor studying climate science at Concordia University in Montreal, told HuffPost in a statement that the “new normal” would continue to intensify with the production of greenhouse gasses.

“What we are experiencing now is the ‘normal’ for the 1°C of global warming we have already caused,” he said. “As we move towards 1.5 or 2°C (or even higher) the ‘normal’ will be different again, and likely considerably worse in terms of heat extremes.”

Though France’s heat wave has passed, Alaska’s is just settling in, and will likely stretch into next week, AccuWeather meteorologist Kyle Elliott predicts.

He said he expects high temperatures across the state to surge as much as 20 degrees Fahrenheit ― roughly 11 degrees Celsius ― above normal for this time of year.

Online records dating back to the 1950s show the all-time high temperature for Anchorage, the state’s major city, was 85 degrees Fahrenheit (about 29.4 degrees Celsius.) According to the National Weather Service, the next several days threaten to break that record.

The consequences of the rising thermometer have been particularly costly in southern Alaska where the Swan Lake Fire, ignited on June 5 by lightning, is still burning. According to Elliott, it has ripped through more than 77,000 acres. As of Wednesday, it was only 14% contained.

Meanwhile, the Anchorage Fire Department has canceled 4th of July fireworks in the area due to the dry conditions.

Some other states will also see intensifying heat. In the Northeast, AccuWeather predicts there will be more 90-degree-and-above days this summer than the last, thanks to a decrease in rainfall. In the Southeast and Southwest, forecasters also predict hotter and drier weather.

This article has been updated with comment from Matthews.

​Is Melania Trump the most reluctant first lady ever?