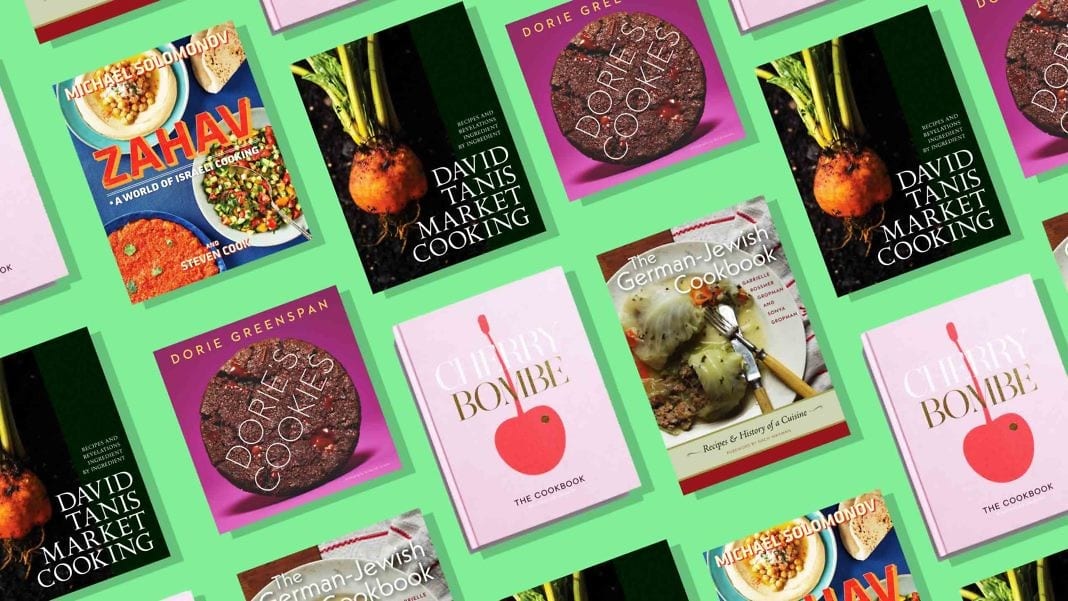 With the increased availability of foods prepared in whole or in part, it’s surprising that any cookbooks are being published at all these days. Yet this year saw a splurge of newcomers, indicating, perhaps, that many people save time by ordering-out for dinner in order to have a moment to read recipes. Or maybe, happily, there are still some who love to cook.

The themes of many of these tomes advocate responsibility, by way of health, narrowly exotic diets and culinary ethics. However valuable those works may be, they do not seem joyous enough to be given as gifts, whether for Hanukah, Christmas, Kwanza or Epiphany.

Fortunately, most of the books below, ostensibly intended for pure pleasure, subliminally observe current dietary ethics by relying on ingredients that, for the most part, are seasonal and fresh. Just one cavil: as the food gets lighter, the books seem to get heavier, some with so much heft it was difficult to tote them up the stairs from my first-floor mailbox to my third-floor office.

These are the food books I would most like as gifts if I did not already own them.

Having regularly been beguiled by many of David Tanis’s recipes that appear in his weekly column for the New York Times food section, I was pleased to find that what attracts me to those, is reflected in his new book. They appeal primarily because they deliver top flavor subtleties by way of magical combinations of ingredients in mostly simple preparations—just my kind of cooking. Tanis advocates planning menus while marketing (preferably at farmers’ markets) so that meals are based on the best and the brightest of the day’s offerings. To help you evaluate the produce, the characteristics of different categories of ingredients are explained in great detail. Recipes for chicken, duck, beef and pork are included although not mentioned on the contents page where dishes are defined by the spices, herbs and vegetables they include. Recipes I am intrigued by are Provençale garlic soup, North African carrot salad with preserved lemons, eggplant and potato pakora, French chicken tarragon, green chile breakfast quesadillas, five-spice duck breast and a rustic apple tart that looks good enough to be eaten off the page.

Zahav: A World of Israeli Cooking by Michael Solomonov and Steven Cook

Although this book was published in 2015, it came to my attention only this year, so it is new to me as it may be to many others. I was totally knocked out by the richly complex and colorful dishes it includes. Like our own food traditions, Israeli’s is based on a combination of immigrant culinary ways, and most of this book emphasizes Middle Eastern and North African dishes that feature a rainbow of richly seductive spices. Very little of the Eastern-European Ashkenazic food that long defined Jewish cooking here in America appears without some exotic touches, a case in point being matzo balls scented with cinnamon in chicken soup perfumed with black garlic. (I hope my two late Ashkenazic grandmothers are not listening.) Loosely obeying kashruth (Jewish dietary laws) by not including pork, shellfish or using dairy products with meat, many of the dishes are triumphs at Zahav, the author’s restaurant in Philadelphia and at Dizengoff in New York’s Chelsea Market.

As a bonus, there is a graceful autobiographical text about the life that fostered chef Michael Solomonv’s views of food and cooking. Among my favorite dishes in this book are the salt-baked leg of lamb shown to be unconventionally carved downward, Persian rice with black-eyed peas and dill, black bass with walnut tarator, and date-filled rugelach. Oh yes, hummus! Not forgotten and offered in several variations.

Cherry Bombe: The Cookbook by Kerry Diamond and Claudia Wu

The authors of Cherry Bombe are the guiding hands behind a semi-annual zine of the same name that celebrates women in all aspects of the food profession. Recipes from many of those cooks featured in the publication are included in this blush-pink delight of a book. While overall it skews vegetarian, there are still plenty of attractions for lovers of pork (Vindaloo BBQ-Baby back ribs), chicken (a Somali stew with yogurt and coconut milk) and several other recipes featuring beef and fish. Tempting meatless offerings include a verdant Spring Green Borscht, Watermelon Gazpacho, Nonna’s Pasta con Piselli (pasta with new spring peas), silky egg custard rice with littleneck clams, and, among baking suggestions, a luscious looking chocolate persimmon loaf cake

This delightful book was published in late 2016 but again, got to me this year. While I am not much of a baker, I am often tempted by making cookies, which seem somehow forgiving and this book tells me everything I will ever have to know about these treats. It includes both sweet and savory specialties and many non-baked desserts. Author Dorie Greenspan won my heart with her many variations on brownies, as well as with Devil’s Food Waffles, Honey-Blue Cheese Madeleines, Buttermilk-Strawberry Ice Cream and especially Cocoa-Tahini Cookies with Sesame Crunch, another example of the Middle East’s long-overdue enrichment of our cuisine.

The German-Jewish Cookbook: Recipes & History of a Cuisine by Gabrielle Rossmer Gropman and Sonya Gropman

Diaspora Jews settling in various countries eventually adopted foods and dishes of their new homelands. The more observant among them modified many traditional recipes to conform to the rules of kashruth, thus changing the character of the originals. Nowhere was this more prevalent than in Germany and the mother-daughter authors of this inspiring book chronicle the development of this fusion cooking. It also includes a sad but interesting history of Jews in Germany and their lingering sense of loss at having to emigrate, as Gabrielle Rossmer, the mother-author was forced to. She movingly recalls her memories of both public and family life in Germany and, later, as the family settled in the Washington Heights section of New York.

As a university press book, this one lacks the stunning graphics of the others on my list, but it more than makes up for that with deep history and an array of delicious sounding dishes that should appeal to gastronomes of any persuasion. Many of the foods I remember with much affection from my own Ashkenanzic childhood, like sweetbreads in pastry shells, a dish present at every celebratory meal I can recall and, of all things, a Sunday special for patients at what was then the Brooklyn Jewish Hospital.

In addition to expected hearty German-Jewish dishes, like chicken schnitzel, there are colorfully light entries such as celery root and leek soup, green bean salad with summer savory, rice soufflé with cherries and a seductive baked apple pudding with pears just in time for winter.

Amusing and telling is the reference to what the authors call Schalet—more commonly known in America as the long-baking, one dish meal that is cholent—as celebrated in a poem by the German-Jewish poet Heinrich Heine. The first verse follows:

Schalet is the heavenly food

That the dear Lord himself

As if Moses had nothing else to do up there!

4 Cliche Horror Movie Scares That Need To Be Retired