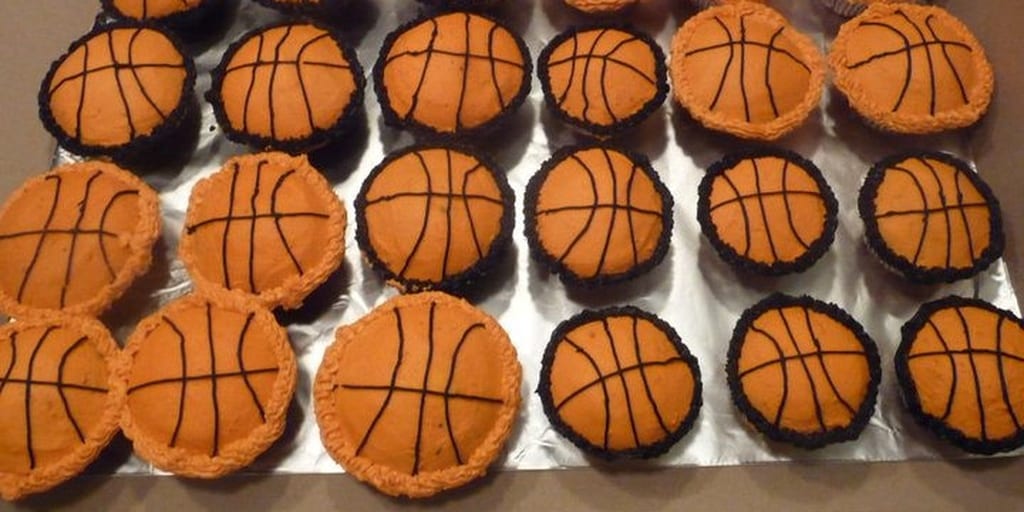 If you’ve spent March Madnessglued to your couch and ordered food for delivery more than you’d like to admit, you’re not alone. During game days when Villanova won this year, Grubhub noticed a significant spike in orders like fried rice, sweet potato sushi rolls, and cheese fries in the Philadelphia area. With the NCAA’s Sweet 16 due to begin today, expect a similar trend in dessert orders.

Grubhub crunched the numbers on dessert orders in the period leading up to last year’s Sweet 16 and saw a significant spike in them. Blame it on subliminal messaging or mere game-time enthusiasm, but there’s a definite rise in couch-ridden sweet tooths during the peak of college basketball season.

Here are the 16 most commonly ordered desserts online during the Sweet 16, ranked by the percentage increase in orders:

Hey guys! My pie got into the final for @thefeedfeed home baker competition! If you have two minutes please vote for me, the link is in my bio. Here’s the pie just before I popped it in the oven 🙂

Carrot cake for Easter? Check out my recipe @peoplegreatideas

Re-vamped that Cookie Dough Pie from last weekend & added a Chocolate Chip Cookie Crust It’s one of 5 flavors I’ll be baking up for our upcoming event at @kitchen17chicago. Menu drops TOMORROW #veganpie

|@Pasticceria_Caruso @BarillaAus #Chocolate #Vanilla #Cannoli #Bazooka| Last night I got to make my own #Italian #cakes and prepare #cannolis for the Bazooka which was held 50 mini cannolis in one #giantcannoli casing. Thanks again @JosieGags and @TheWogwiththeGrog for organising this amazing event. #PasticceriaCaruso #zomato #mealforameal

Gluttony at its best! And we loves it!!! Check out this massive banana pudding doused with caramel sauce. Dessert first, ya?!? – by @flicksandfooddallas at @therusticdallas by @chompdallas #myfab5 #Dallas #therustic #bananapudding #nillawafer #caramel #dessert #gluttony #sweets #foodporn

A bit of afternoon baking so lifts my mood while the weather is grey outside. Flourless chocolate cake served with Meyer lemon whipped cream ( recipe via @kenziwilbur). It’s moist, gooey and the dark chocolates that went into it made this cake so scrumptious and yummy!!

And the winner of the Sweet 16 is the all-American…

78.8 percent more commonly found in orders during the Sweet 16 than any other day of the year. Wow, how we Americans love our culturally appropriated desserts during national sporting events.

Photo via Christina McKenzie/Flickr (CC BY 2.0)

9 Ways To Support Your Grieving Loved Ones This Holiday Season