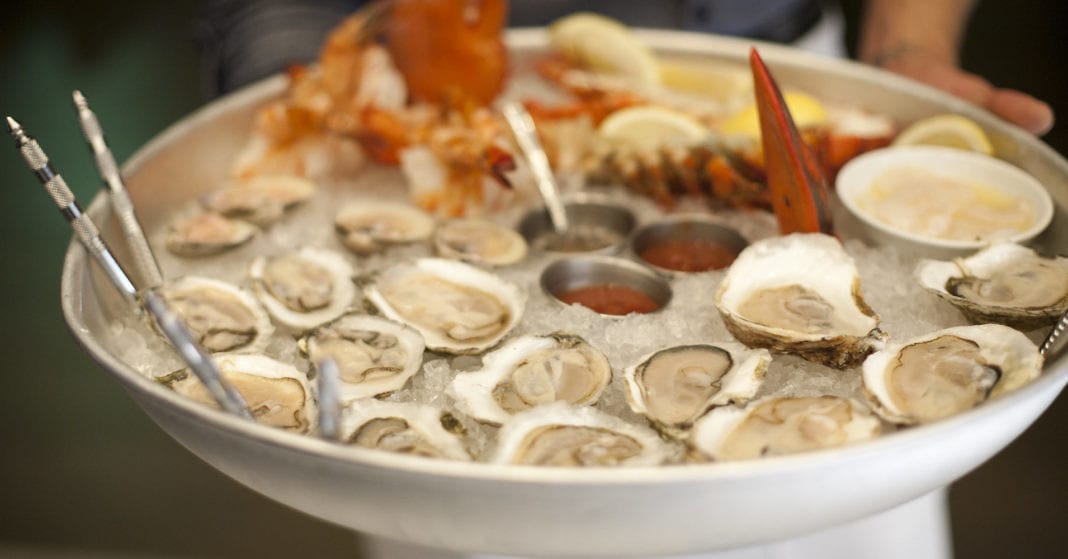 “There are three kinds of oyster-eaters,” MFK Fisher writes in her 1941 treatise Consider the Oyster. “Those loose-minded sports who will eat anything, hot, cold, thin, thick, dead or alive, as long as it is oyster; those who will eat them raw and only raw; and those who with equal severity will eat them cooked and no way other.”

Whichever camp you fall into, know this: No matter what others may tell you, there is no wrong way to eat an oyster — as long as you enjoy the experience and it doesn’t make you sick. That being said, whether you’re new to this lusty bit of nourishment or have slurped back more briny bivalves than you can count, there’s always room for improvement.

Experts from three of the top oyster-lover destinations in the country — Boston, New Orleans and Seattle — share their knowledge and favorite recipes so you can make the most of these magnificent mollusks.

Eat them naked and enjoy their “merroir”

“Oysters are really amazing, because they can kind of take you somewhere,” Jeremy Sewall, the successful Boston-based chef, restaurateur and author of Oysters: A Celebration in the Raw, tells HuffPost. “Every farmed oyster [on the East Coast] is the same species [Crassostrea virginica], but they all taste and look different depending on where you go.”

As you might expect based on the name of his book, Sewall’s favorite way to eat an oyster is also the simplest, “in its purest form,” freshly shucked with a squeeze of lemon. This may, in fact, be the best way to appreciate the sheer variety of flavors these shellfish exhibit based on their origin.

As terroir is to wine grapes, merroir is to oysters. Their flavor reflects the environment in which they are grown and can vary based on a wide range of factors: time of year, location, rainfall, sun exposure, the composition of the sand or soil in the ocean or river bed below, what they filtered from the surrounding water as food, and the temperature and salinity of that water as it washes over their calcium-rich shells, day after day.

“[Oysters aren’t] as generic as you think,” says Sal Sunseri, co-founder of the New Orleans Oyster Festival and co-owner of the P&J Oyster Co., which operates out of the city’s historic French Quarter. He says that, in addition to differentiating between oysters based on whether they come from the East, West or Gulf Coast, you can actually taste the difference if they grow in a river, bay, lake, estuary or bayou.

Lauren McCool, who has worked for Seattle-based oyster company Hama Hama Co. for six years, passionately describes how an oyster’s watery environment enhances its flavor profile. “Pacific yew, alderwood, pine, the salmon swimming by, snowmelt, minerals from the rocks — [oysters] are absorbing all of these things,” she says.

As a result, after slurping it straight out of its shell, you might describe the taste as any combination of salty, sweet, buttery, earthy, creamy, fruity, brassy, mushroomy and minerally. And that’s just raw! Start playing around with different methods of preparation, and things get even more interesting.

Top your oysters on the half shell

McCool’s recommendations for how best to enjoy oysters vary depending on the type.

“Here, the most ubiquitous species grown is the Pacific. You can eat the small ones with a mignonette or fresh-shaved horseradish. For the bigger ones, you can go nuts with much more intense flavors without overpowering the flavor of the oyster,” she says. The folks at Hama Hama love to top big, grilled Pacific oysters with BBQ bourbon chipotle butter, a recipe borrowed from their friends at Hog Island Oyster Co. in California.

“Olympia oysters have their own funky thing going on, a kind of umami metallic brightness,” McCool observes. Native to the Pacific Northwest, Olympias are closely related to the European flat or Belon oyster. “Don’t put anything on those. They’re so small and have so much flavor.” She adds as an afterthought, “Maybe some lemon.”

Kumamoto oysters, which originated in Japan, should get similar treatment. “They’re so fruity and flavorful,” McCool says, which is why they don’t need much more than a squirt of bright citrus or a tangy mignonette for accompaniment.

That’s not to say you can’t get creative. One of the most memorable dishes McCool enjoyed recently was a Blue Pool oyster served raw, topped with a rosé granita and thin crescent of cucumber from a cookbook by Cynthia Nims, Oysters: Recipes That Bring Home a Taste of the Sea. But her favorite way to eat them is to grill them on an open campfire on the beach. “A little pat of butter, sprinkle some herbs on there, a little bit of hot sauce, wait till it’s bubbly around the edges and then let it cool,” McCool says. “It’s pretty epic.”

Sewall, who also enjoys a good grilled oyster, as well as fried, broiled or any way really, says the key to preparing them is to make sure you don’t overpower their unique natural flavor.

“We have a kind of a signature spicy mignonette at Row 34,” he shares. In addition to the classic ingredients (minced shallots, wine, vinegar, pepper), it includes a bit of pureed jalapeno and Fresno peppers. If you like sprinkling a freshly shucked beauty with some hot sauce, this option is for you, since you still get some heat, but it’s more balanced and not as in-your-face, he explains. “I love it,” says Sewall. “It’s my second-favorite way to eat an oyster.”

Give your oysters a Southern twist

Meanwhile, in the South, you’ll find many recipes for cooking oysters, whether it’s adding them to a spicy gumbo at the last minute (to avoid overcooking), frying them crisp, plump and juicy for po’boys or dressing them lavishly with a French-influenced sauce, such as Bienville, Rockefeller or Thermidor.

Sunseri’s family enjoys its own take on Oysters Mosca for big holidays such as Thanksgiving and Christmas. Originally created by Sal Sunseri Sr., Oysters Joseph, as they call it, “is a simple baking of the oyster with garlic, lemon, butter, Italian breadcrumbs, different cheeses … topped off with lemon and spiced up with a little cayenne,” he says, adding, “You’ve gotta have spice in the South.”

“I make a hell of a charred oyster, too,” Sunseri continues. Best done on an outdoor grill, simply heat an oyster grill pan (a foil pan will also do), add your shucked oysters, let them cook for a couple of minutes, then top them with your sauce, made of sautéed butter, garlic, lemon, Worcestershire sauce, white wine and spices. Lately, Sunseri’s go-to has been Bayou Boys Spice, but cayenne or Sriracha will also do. Top it with a mix of grated Romano and Parmesan cheese, and lastly, a bit of lemon juice. Don’t overcook the oyster, Sunseri warns, and don’t oversauce it, either. The flavor, he promises, is divine.

Feeling inspired to come out of your shell and explore our experts’ pearls of wisdom?

Whichever end of the spectrum you tend toward — only raw, only cooked or every which way — there are certainly plenty of enjoyable options to prepare and eat oysters. The best one, however, is your way.

Even if you’re a loose-minded sport.