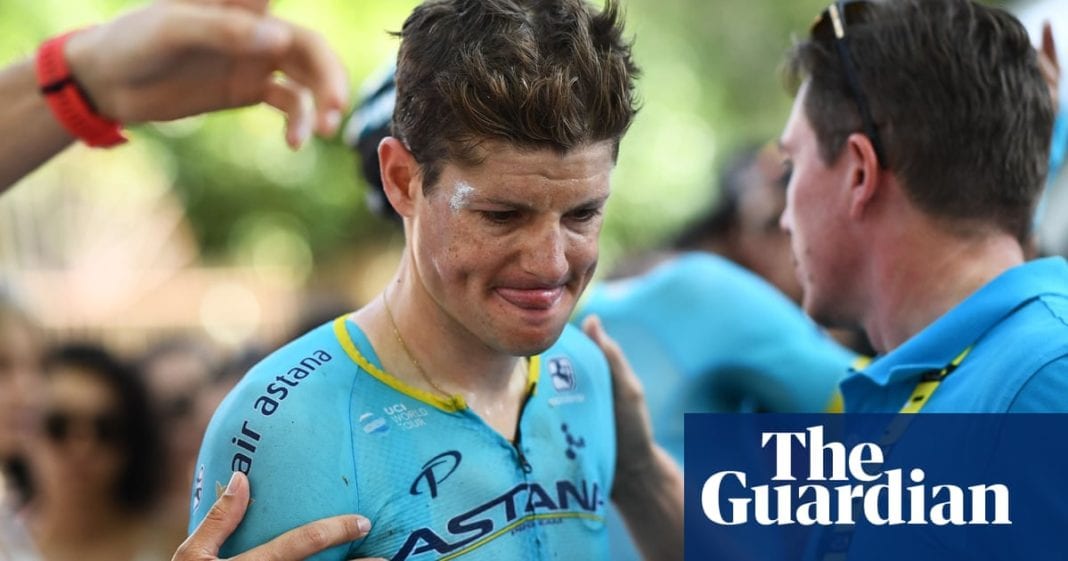 Geraint Thomas, the Tour de France defending champion, crashed in the opening 50km but emerged unscathed from stage 16, won by Caleb Ewan after a frenetic finish 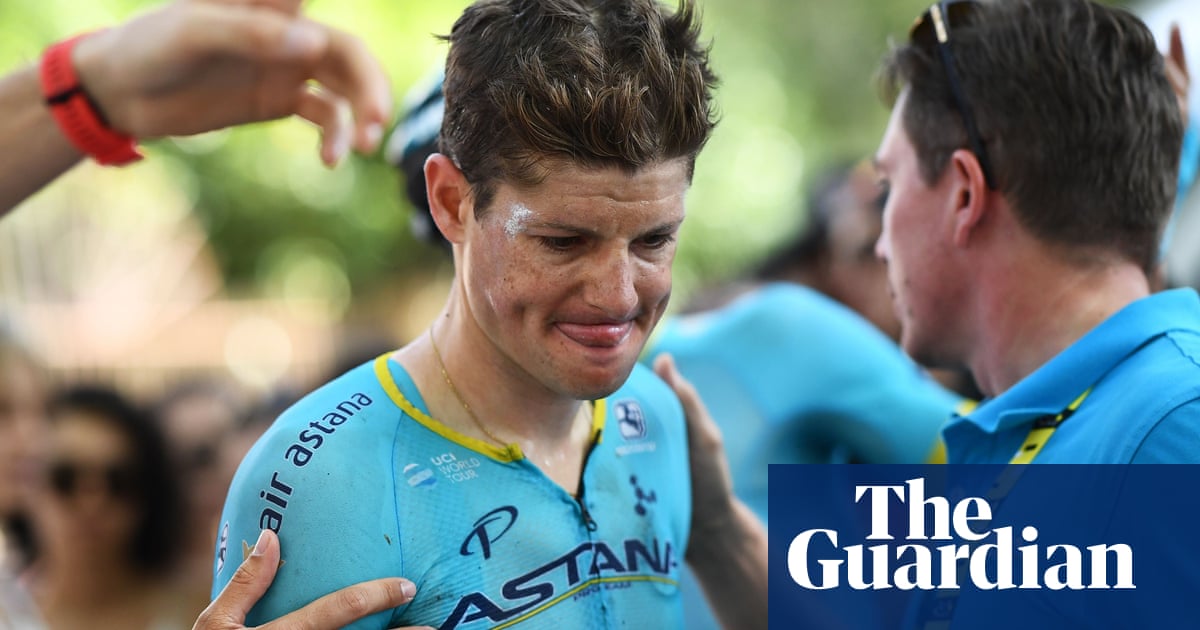 In a gripping Tour de France luck is holding for Geraint Thomas. The Welshman bounced off the baking French tarmac yet again as heatwave conditions settled on the peloton during a rolling loop around Nîmes, which climaxed in another sprint win for Caleb Ewan, already a stage winner in Toulouse.

The latest fall for Thomas in this year’s race came as he took a right-hand bend after almost 50km of racing. “I just had one hand on the bars and the gears jumped and jammed and I got thrown off my bike on a corner,” he said. “I knew the race wasn’t on, so I just got back into the group. It’s just frustrating.”

It was another lucky escape and the defending champion’s third crash in this year’s Tour following his heavy one in the Tour of Switzerland in mid-June. Once again, as in Brussels and Saint-Étienne, the Welshman escaped with only minor cuts and scrapes on his left side and, after a bike change, was soon paced back by his Ineos teammates.

“I just took off an old scar so it was new skin bleeding,” he said of the cuts to his left side, adding that his latest crash was a “freak thing”.

Thomas’ sports director Nicolas Portal, described the Welshman as “lucky”. Oddly, though, despite Thomas clearly being given a replacement machine after the crash, Portal said: “We didn’t actually talk about it. We asked him if he wanted to swap his bike but he said no.” Dylan van Baarle was also fortunate to escape with an official warning after the Dutchman went back down the road to help his team leader back into the peloton.

But if luck, good and bad, can influence the outcome of this Tour de France, then it is definitely in for Thomas. Contrast his good fortune with Jakob Fuglsang, who also crashed on the first stage in Brussels and arrived at the finish area in Nîmes in floods of tears after quitting the race following an innocuous fall in Uzès, 30km from the finish.

The Dane, who had been ninth overall and is the winner this year of Liège-Bastogne-Liège and the Critérium du Dauphiné, may not have challenged for victory in Paris but his absence from the elite climbing group in the three Alpine stages to come will only add further nuance to the multiple tactical scenarios.

Ewan’s second sprint success, five days after his first ever Tour win, came despite himself. “I felt so bad today,” he said. “The heat really hit me but I had some extra motivation with the presence of my wife and my daughter. I was not in the ideal position with a kilometre to go but I followed Quick Step pretty well and came from behind,” the Australian added. “I don’t realise what’s happening to me. It was already such a big dream to win one stage. Now I’ve won two, I can’t believe it.”