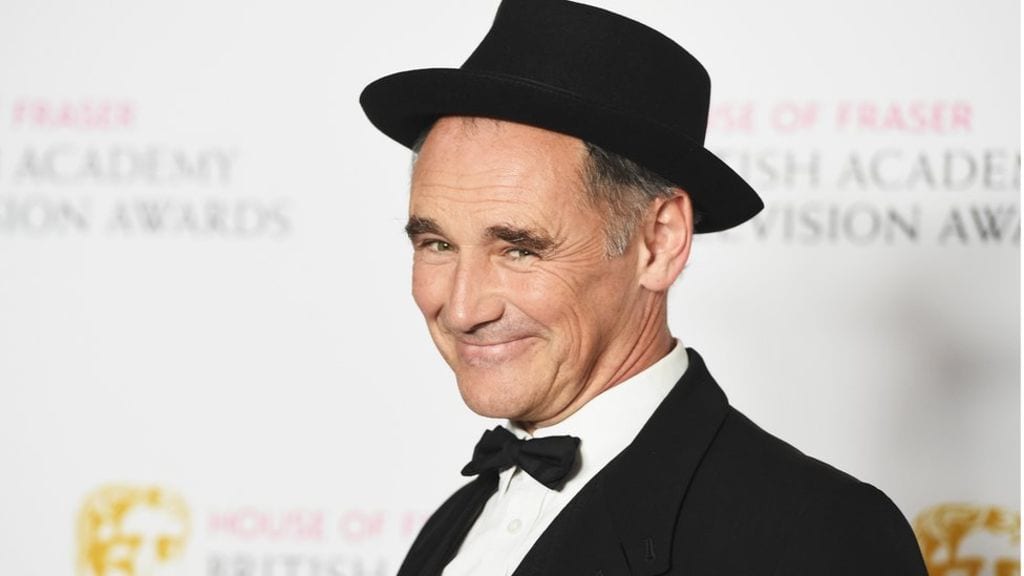 Wolf Hall won two awards at this year’s Bafta Television Awards, on a night which contained several speeches that defended the independence of the BBC.

Mark Rylance received the leading actor award for his role as Thomas Cromwell in the BBC Two historical drama, which also picked up the drama prize.

The leading actress prize went to Suranne Jones for her role in the BBC One marital drama Doctor Foster.

It comes just days before the government prepares to publish a white paper that sets out the BBC’s future role, function and structure.

In his acceptance speech, Rylance said: “Woe to any government and any corporation who tries to get between the British people and their love of a good joke, a true story, a good song, a fact, a fiction, good sports commentating, newscasters who can hold themselves together as they tell stories about tragedies in Paris, people who can bake cakes.

“The incredible variety of popular culture in this country, it’s really blown my mind tonight.”

Wolf Hall won the first award of the night for drama series. Its director, Peter Kosminsky, used his acceptance speech to defend the independence of the BBC, saying it was “under threat”.

Talking about the notion that government appointees might sit on the editorial board he said: “This is scary stuff folks… it’s not their BBC – it’s your BBC.”

The government declined to comment ahead of the white paper’s publication.

Sir Lenny Henry, picking up a special award for his outstanding contribution to TV, used to his speech to renew his call for the BBC to include diversity as part of its charter.

He hoped that “all those 14-year-olds out there super-glued to their phones who hope to work in TV irrespective of their race, gender sexuality, class, disability, can realise that ambition as I was able to realise mine – if we do this we will make this fantastic industry even greater”.

Kay said: “It was just two people in a car talking – who’d have thought it in this day and age?”

Earlier the comedian had collected the award for best male comedy performance. Instead of making a speech he stared in mock surprise at the audience before saying “thanks!” and strolling off.

She began her acceptance speech by paying her respects to Victoria Wood.

The Great British Bake Off won the features prize having received its fifth consecutive nomination in that category.

The show’s star, Mary Berry, said: “It all started with a little bit of baking in a tent – now we are doing series seven.”

The supporting actress prize went to Chanel Cresswell for This is England ’90. She thanked the show’s creator Shane Meadows, saying: “He’s given me the best work experience I could hope for.”

The Sheffield-set drama also received the award for mini-series.

Have I Got News For You won the best comedy programme award.

Team leader Ian Hislop said: “I’d like to thank the BBC who have allowed Have I Got News For You to be very rude about governments of all persuasions and about the BBC itself.”

Channel Four News won the the news coverage award for its coverage of the Paris attacks.

Presenter Jon Snow said: “It was the most testing evening I’ve known in news television – it ripped the heart out of Paris.”

In the international category, the prize went to Amazon’s Transparent, about a Los Angeles family who discover that their retired father is a transgender woman.

Picking up the award, lead actor Jeffrey Tambor said: “This is series that says it’s okay to change… be who you are and to hell with the consequences.”

The award for single drama went to BBC Three’s Don’t Take My Baby, which tells the story of a disabled couple’s struggle to keep their newborn child.

Comedy writers Ray Galton and Alan Simpson were honoured with a Bafta fellowship.

The duo, who created Hancock’s Half Hour and Steptoe and Son, were unable to attend the ceremony but sent a video message.

Poldark won the Radio Times Audience Award – the only award decided by a public vote. Its star Aidan Turner, who made headlines for the scene in which he appeared topless with a scythe, thanked the “supportive and loyal” fans.

11 Easy, Healthy Recipes You Can Make With 7 Ingredients Or Less