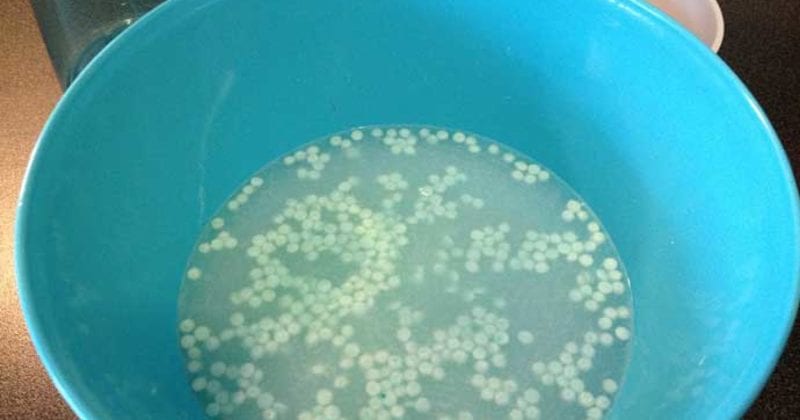 When it comes to cleaning products, most of us are just thankful to come across things that actually work. So many of these products fail to live up to expectations, and they hardly meet the claims that producers slap all over the bottles.

And that’s why most of us have a soft spot for Febreze. This line is chock-full of products that actually get the job done, and their fabric refreshers are amazing to have on hand if you have kids and pets running around. But here’s the thing. Febreze can really take a toll on the ol’ bank account. Luckily for us, Jen over at Cincy Shopper has come up with a brilliant (and inexpensive) solution!

While she was home sick one day, she realized that her rugs could use a little TLC. She felt awful and didn’t want to go to the store, so she rounded up a few things that she already had at home and made her own Febreze!

Put the Unstopables, baking soda, and water into a mixing bowl.

Stir until everything is combined. Allow the mixture to sit for 30 minutes, stirring occasionally. The baking soda and Unstopables will dissolve after a half hour.

Use a funnel to pour the mixture into a spray bottle.

And now you have homemade Febreze! Easy, right?

After testing the product, Jen found that it left no residue behind, and it made the fabrics in her home smell great! She estimates that each homemade bottle costs about $0.60! Compared to about $4.00 a bottle for store-bought Febreze, that’s a steal. After all, those dollars add up.

What does Trump want in a VP? His top execs take a guess