The recipe was familiar and comforting: take an incompetent UK restaurant owner, yell a plan at them and watch things get better. Unfortunately, substituting Brits for Americans turned everything sour 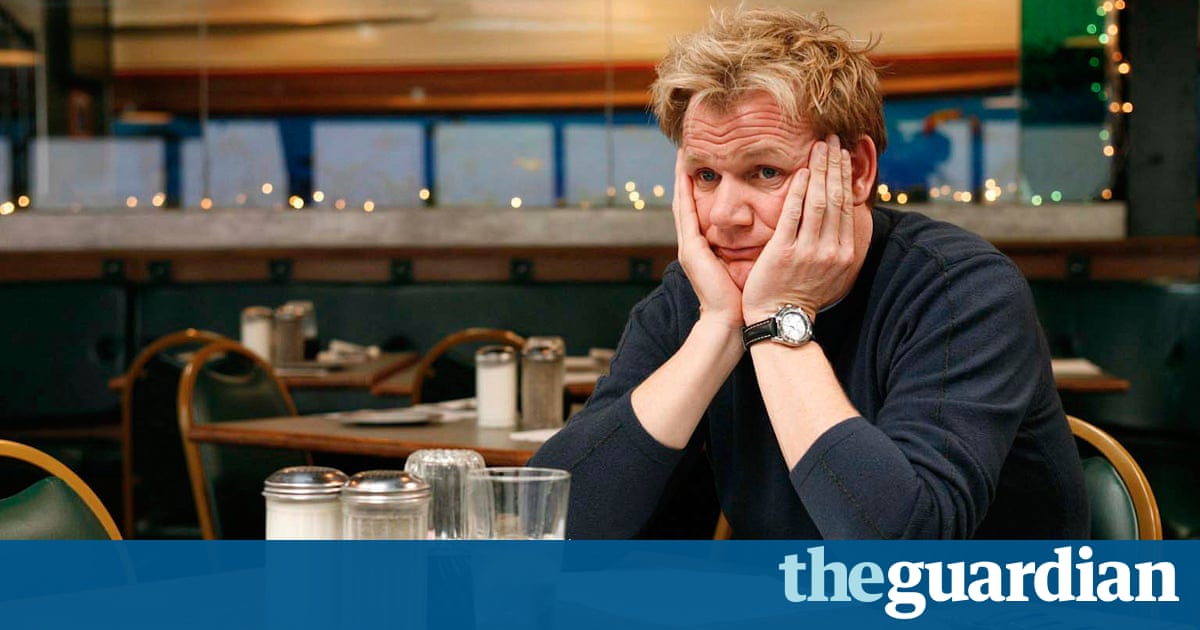 The most successful TV formats hit a winning formula then repeat it ad nauseam. One of the most watchable things about Kitchen Nightmares where the never-smiling Gordon Ramsay arrives to rescue a struggling restaurant was its familiarity.

Ramsay always oversaw a transformation in three parts. First was changing the food. That was easy: whatever dogs dinners they were serving up could be upgraded by slimming down (always slimming down) the menu, and sticking in a few easy-to-cook Ramsay specials so that even the most inept chefs could add an extra star. Second to change was the restaurant itself, where Ramsays team worked through the night (the magic of telly, eh?) chucking that grotty wood-panelling into the bin and shunting the property-in-need towards 2007s standards. Third, and hardest, to change were the people. But all that usually seemed to require was a rummage around their grotty (always grotty) walk-in fridge and a few stern words. This would see disillusioned owners, lazy staff and grumpy chain-smoking chefs miraculously affecting months-of-therapy-sized personality-changes overnight.

The secret ingredient to all this was Ramsay himself: one laughter-line away from a hernia; screaming so close into peoples faces that he was practically a human hairdryer, effing and blinding so relentlessly that you wondered whether the poor man had Tourette syndrome.

Yet, Ramsays unique brand of swear-and-shout therapy almost always seemed to work. When the cameras briefly hung about after his departure, the food was better, the customers were happier and there was hope But then again, whose life wouldnt be improved by a visit from a swearing, prune-faced shouty man, pointing out firmly and directly where they were going wrong? It was perfect, feel-good telly where the transformed fortunes of even the most hopeless of restaurant-owning chumps left the viewer smiling.

For starters, everyone now must address him as Chef Ramsay, like thats an actual title you can have your post sent to (maybe it is). Plus, half the Americans he meets seem one sandwich short of a picnic. Many prefer to square up to him for a fight or ignore him altogether. There is even one infamous episode Amys Baking Company where the husband-and-wife proprietors are so pig-headed that Ramsay gives up halfway through and exits for good. Except, isnt asking for Ramsays advice the entire point of being on the show? Their restaurant is millions of dollars in debt. Ramsay is just trying to help. UM, HELLO?

And with that, Kitchen Nightmares USA broke with the formula and, more crucially, violated the comfort zone. You were never again safe in the knowledge that everything would turn out all right. Feel-good TV could now make you feel bad. Ramsay has since returned with Hotel Hell and Costa Del Nightmares but meh, too. The damage is done.

For every cupcake this 13-year-old sells, he gives one to the homeless