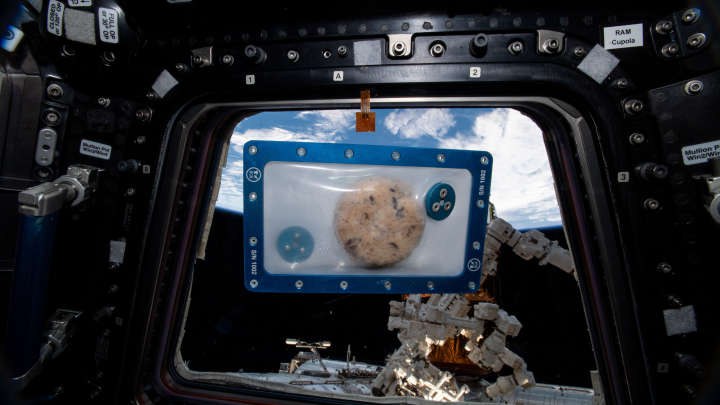 The world’s first cookies baked in space (choc-chip if you’re wondering) have returned to Earth to be analyzed by scientists who apparently have the best job on the planet.

The first cookies – the first anything – to be baked in microgravity were made by astronauts aboard the International Space Station (ISS) just before Christmas after an experimental oven was sent to the space station in November.

Astronaut Christina Koch – who just broke the record for the longest time spent in space by a woman, beating Peggy Whitson’s former record of 288 days – shared a photo of said cookies, along with ESA astronaut Luca Parmitano on Twitter, and both look very pleased with the results.

Alas, neither Santa nor the astronauts got to try their baked goods as they were part of a science experiment to see if baking in space is even possible. Instead, they were individually wrapped in little pouches and traveled home on January 7 when SpaceX’s Dragon capsule returned home, a month after docking with the station.

The cookies were made using frozen discs of ready-made cookie dough (can you imagine flour in micro-g?) provided by DoubleTree and a prototype oven created by Zero G Kitchen and Nanoracks.

According to a DoubleTree spokesperson, five cookies were baked, one at a time, and all have returned accounted for. The company will share details of the results in the coming weeks. If you’re curious about whether cookies can survive space travel and reentering the atmosphere still edible, just think about the 100-year-old fruitcake found in the Antarctic that looks like it was baked yesterday.

The oven itself has been specially designed to work in a micro-g environment. The cylindrical insulated container has a shelf that you slide the specially designed pouch trays into, so they hold still while baking. A lot of thought went into the trays alone, as there are many things that need considering in space that don’t on Earth. The trays are for holding the food steady but also to stop food items like crumbs floating all over the ISS. They are also not vacuum sealed but have vents to let out any steam, otherwise the pouches would expand.

As convection is not possible in micro-g due to the lack of gravity, the baking is done by electric heating elements, similar to a toaster, and plugged into the ISS’s power system. It’s basically a high-tech Easy-Bake oven. It even has a cooling rack attached to the side.

The aim of the project is to try and make future long-duration space travel more hospitable. There is no information yet on whether the baking filled the ISS with the lovely waft of fresh cookies, but this is science asking the questions that need to be asked for the good of future generations.

“Our goal is to test how food behaves in microgravity. Will our cookies be flat? Spheres? Fluffy or dense?” DoubleTree demands. 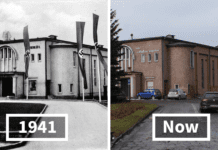 The dos and don’ts of being a first lady: from Jackie Kennedy to Melania...