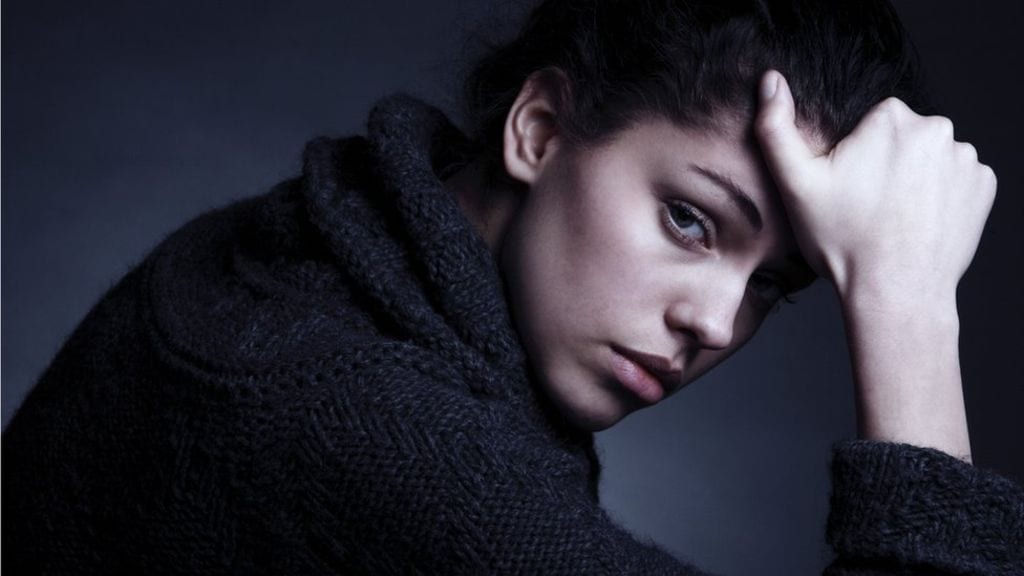 Young women are the highest risk group for mental health problems, according to new data released by NHS Digital.

One in five women reported a common mental disorder such as anxiety and depression in 2014 compared to one in eight men, according to the survey of Mental Health and Wellbeing.

Mental health charities said the figures showed “nothing had improved”.

One in six adults in England has a common mental disorder (CMD), according to the survey.

The National Study of Health and Wellbeing has been carried out every seven years since 1993. This latest report is based on research on 7,500 members of the public – just over 300 of them were women aged 16-24.

The 2014 data showed the gender gap in mental illness had become most pronounced in young people, and has increased since the first survey.

In a snapshot, 26% of women aged between 16-24 reported symptoms of common mental disorders in one week, compared to 9% of men in the same age group.

More women in every age group reported symptoms in one week compared to men of the same age.

Where to get help

What does the study say?

In 2014, symptoms of anxiety and depression were almost three times as commonly reported by women aged 16-24 than men – 26% compared to 9%.

Post-traumatic stress disorder was seen in 12.6% for women of that age compared with 3.6% of men.

CMD rates have steadily increased in women and remained largely stable in men, since the last survey in 2007.

The proportion of the population reporting self-harming was 6% up from 4% in 2007 and 2% in 2000. Researchers suggest the increase could be due to increased reporting.

The reports authors say this is the first cohort to come of age in the context of social media, and call for more research about its impact.

One in three adults with anxiety or depression were accessing mental health treatment in 2014, up from one in four in 2007.

The study found medication was the most common form of treatment for all conditions, being taken by 10% of those interviewed, with 3% receiving psychological therapy.

The data showed people who were white British, female, or aged 35 to 54 were more likely to receive treatment.

Sarah Mitchell was 23 when she suffered a breakdown while working as a recruitment consultant.

Up until then she says she was known as “happy Sarah”, a person who would always be smiling and baking cakes, until one day the “facade shattered”.

With hindsight, Sarah said she had probably experienced depression as a teenager and had not properly come to turns with the death of her grandmother, who she was close to.

Sarah said she had been used to bottling up her feelings before she experience the breakdown – something she described as a “completely surreal experience”.

“I got to work and checked my computer and then my chest started heaving. I thought there was something physically wrong – I thought I had heart problems,” she said.

A colleague told Sarah to go the doctor, where she was diagnosed as having suffered a panic attack. She was later diagnosed with depression and then bipolar disorder.

Sarah, from Essex, was off sick from work with depression for six months but in the end decided not to return and instead focused on getting better.

After a period of volunteering, Sarah pursued her interest of writing to become a freelance copywriter.

Now 30, Sarah does mindfulness meditation and focuses on eating well and exercising to keep herself mentally healthy.

“It’s not a failure to be struggling. Everyone has different breaking points.”

What do the experts say?

Stephen Buckley, head of information at the mental health charity Mind, said: “Young people are coming of working age in times of economic uncertainty, they’re more likely to experience issues associated with debt, unemployment and poverty, and they are up against increasing social and environmental pressures, all of which affect well-being.

He said there had been a “surge” in the use of social media since the last survey in 2009.

“It can help people feel less isolated, particularly those who struggle to make and maintain relationships or who find it difficult to leave their homes.

“But it also comes with some risks. Its instantaneous and anonymous nature means it’s easy for people to make hasty and sometimes ill-advised comments that can negatively affect other people’s mental health.”

“Perhaps the most shocking finding is the escalation in both the extent and severity of self-harm, particularly amongst young women. At SANE, the number of calls from people who are self-harming or experiencing suicidal thoughts has almost trebled in the last 10 years.”

Elizabeth Scowcroft from The Samaritans said the rise in people feeling suicidal, attempting to take their own life and self-harming was “alarming”.

“The fact that half of adults who attempted suicide did not reach out for help afterwards is particularly concerning.

“The increase in self-harm is worrying because it’s the biggest indicator that someone may go on to take their own life. It is critical that we learn more about the links between self-harm and suicide and that anyone who self-harms can receive the support they need.”

Health Secretary Jeremy Hunt said: “We want to make sure that everyone, regardless of gender, age or background, gets the mental health treatment they need.”

Mikaela Korth, 20, is doing an apprenticeship in business administration and working in a bar in her spare time, which she says adds up to 50 hours a week.

She said in the last year her anxiety has grown to the point where the “smallest things” – such as waiting in a queue – can trigger strong feelings of anxiety and even panic attacks.

Her GP diagnosed her as suffering from anxiety about three weeks ago, but she says she has been told it could take up to 18 weeks to receive the cognitive behavioural therapy treatment her GP had prescribed her.

Mikaela, from Rotherham, said she felt there were not enough doctors and the minimum wage needed to be increased.

“I don’t get much money and the cost of food and other things keeps going up. It is a constant struggle.”

5 things we learned on the NTAs red carpet

Everything you need to know about being gay in Muslim countries