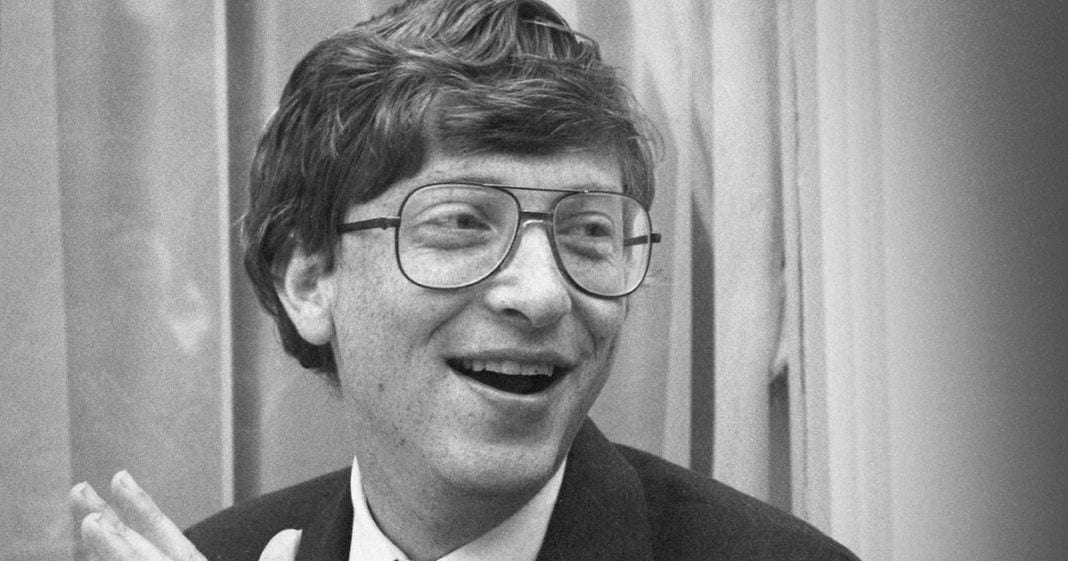 Is getting buried in student loan debt really a necessity when there are hundreds ofwork-from-home jobsthat dont require a degree?

That depends. For some people, attending college is about networking, meeting new people, getting out of your shell and even earning degrees that can actually make you a valuable individual.

On the other hand, we also live in a world where you can start a business at any age and at any education level just ask these awesomekidpreneurs.

While there are definitely pros and cons to this argument, one thing is for certain, the following 12 entrepreneurs struck gold after they dropped out of college to pursue their dreams.

The Microsoft founder, who is worth an estimated $80 billion, is the most successful college dropout in the world.

Gates left Harvard in 1975 to found Microsoft with Paul Allen. He received an honorary degree from Harvard in 2007 and has since publiclysaid, Although I dropped out of college and got lucky pursuing a career in software, getting a degree is a much surer path to success.

Whenever I see this information about Bill Gates and college, it just calls out to me to think about and mention a couple of points.

First is, how smart do you have to be to get into Harvard? Well, smarter than you think. He wasn’t down at the local community college (although, nothing is wrong with that). Bill Gates isn’t “just” lucky, he’s brilliant, and even he wishes he had that degree.

After just one semester at Reed College in Oregon, Jobs dropped out of school. After a brief job at Atari,Jobsbackpacked through India and experimented with psychedelic drugs – both which he claims expanded his mind and helped breed Apple’s counterculture, think different spirit.

In 1976, Jobs, and fellow college dropout Steve Wozniak, built the Apple I in his parents garage. When Jobs passed away in 2011 his net worth was $11 billion. Again, not just lucky – brilliant.

In the fall of 2005, Mark ZuckerbergtoldtheHarvard CrimsonIm not coming back.

Zuckerberg left school in order to work on his startup thefacebook.com. Today, the Harvard dropout is worth approximately $34 and the startup that he founded is worth more than $200 billion.

Which school did he go to?

Larry Ellison has one of the greatestrags-to-richesstories in history. He also dropped out of two colleges, the University of Illinois at Urbana-Champaign, then the University of Chicago, before relocating to California.

In 1977 he founded Software Development Laboratories (SDL) which would later become Oracle. Its estimated that Ellisons net worth is a cool $54 billion.

The co-founder and CEO of two of the most buzzed startups in recent history, Twitter and Square, dropped out of New York University in 1999.

After brief stints as a masseur and fashion designer, Dorsey founded Twitter in 2006 with Ev Williams, Biz Stone and Noah Glass.Dorsey is now worth $1.43 billion.

He’s also the founder of Square and gave me personally the idea for mymobile walletcompany.

After graduating high school in 1986 Rachael RayattendedPace University, which is located just north outside of New York City.

After two years of studying literature and communications, she left to reconsider her career goals. Since then, Ray has become an author, television host, and businesswoman who has a net worth of $60 million.

In 1978John Mackeywas a philosophy and religion student at Texas University in Austin. He joined a a university vegetarian co-op where he met Renee Lawson Hardy.

The couple dropped out of school and founded SaferWay, which would become the first vegetarian supermarket in Austin. SaferWay would pave the way for Whole Foods, which was the 30th largest retailer in the U.S. based on 2014 revenue.

In 1984, Simmons and Rick Rubin founded Def Jam Recordings, which was just the beginning of his hip-hop empire. Since then Simmons and his Rush Communications Firm have launched Phat Farm clothing company, television shows, a management company, a magazine and an advertising agency.

Michael Dellattended the University of Texas in 1983, but spent his time upgrading and selling computers in his dorm room.

The WhatsApp founder previously worked for Yahoo for nine years. And, thats why Koum dropped out of San Jose State University where he was studying math and computer science.

Koum toldForbes, I hated school anyway. After Facebook acquired WhatsApp, its been said that Koum walked away with a comfortable$6.8 billion.

While attending UCLA,Kalanickstarted his first business, an online file-exchange service called Scour, with some classmates. He left UCLA in 1998 to work at Scout full-time.

The company filed for bankruptcy in 2000 and started another file-sharing company called RedSwoosh.

That didn’t stop him from continuing to start businesses. Now, Kalanick is best known for founding Uber, which has raised his net worth to $6.8 billion.

At the age of 19, Orji Uzor Kalu was expelled from a Nigerian university because he was caught spearheading a series of student riots. He then borrowed $35 from his mother and began trading commodities like rice, sugar, and palm oil.

He diversified his investments which made him a millionaire by 20. He founded SLOK Holding, a West African company with interest holdings in shipping, banking, manufacturing, etc., and is listed byForbesas the 49th richest person in Africa with a net worth of $330 million.

John Rampton is a serial entrepreneur who now focuses on helping people to build amazing products and services that scale. He is founder of the online payments company Due. He was recently named #2 on Top 50 Online Influencers in the World by Entrepreneur Magazine. Time Magazine recognized John as a motivations speaker that helps people find a “Sense of Meaning” in their lives. He currently advises several companies in the bay area.

What cities need to know about drones