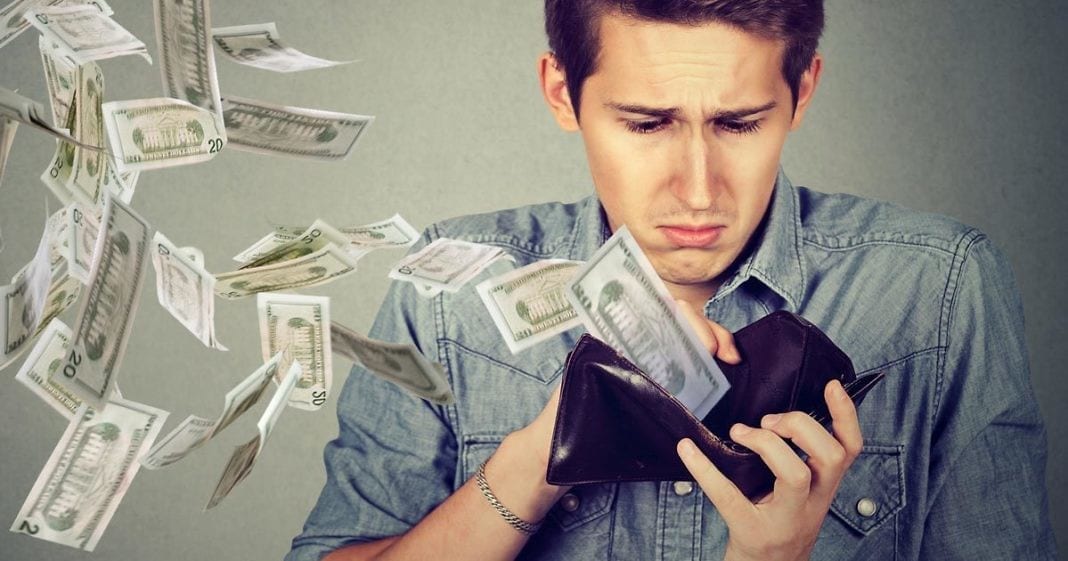 You work for a company that’s legally required to at least pretend to care about your basic human rights. But employment is both a legal and moral maze, full of grey areas, exploitable loopholes, and dead ends. And minotaurs. Definitely some minotaurs.

Bankruptcy And Bad Credit Prevent You From Getting A Job

Bankruptcy is the economic “Game Over / Continue” screen — you lost, but you get to start over and try again. It’s not to meant to be a permanent badge of shame. Thanks to U.S. Code 525, employers are prohibited from discriminating against potential employees on the basis of past bankruptcy. No use rubbing in your loss. 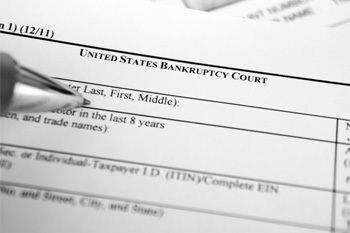 At least, that’s how things used to be. Not anymore — as Starbucks shift manager Eric Myers found to his surprise in 2008. Myers had filed for bankruptcy in search of better financial stability, and landed a managerial job at TooJay’s Restaurant, health insurance and all. Only, after giving his two weeks’ notice to Starbucks, Myers received a phone call: TooJay’s had discovered his bankruptcy, so as far as they were concerned, he could go hang. So he took them to court, because of the Code 525 thing we just mentioned. And he got his ass handed to him. 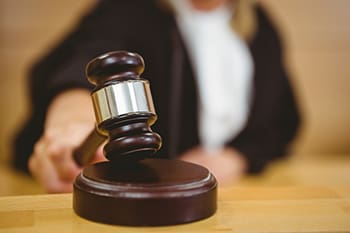 He’s not alone. In recent years, several courts have decided to nitpick at a perfectly sound and understandable piece of legislation in order to turn its meaning on its head, mostly for the purpose of screwing the already-underprivileged. You see, U.S. Code 525 is divided into two sections, one pertaining to the public sector, and the other to the private sector. While the language under the public sector section specifically states that a governmental body may not deny employment to a previously bankrupt individual, the section pertaining to the private sector does not specifically prohibit hiring someone like that … only that they can’t discriminate them once they’re already employed. So courts have interpreted it in the exact way you suspect: For private employers, denying someone unemployment on the grounds of bankruptcy is A-okay, even though the clause also states that they may not “discriminate against the employment” of such individuals. 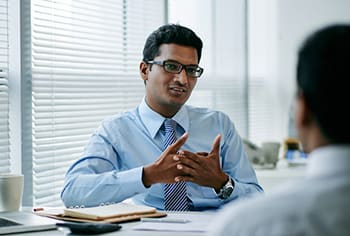 Oh, and chances are the bankruptcy wouldn’t even have helped, because companies are just as unlikely to hire you if you have bad credit. Good luck earning money, person who needs money!

Socialization Is How You Get Ahead, And Poor Workers Can’t Afford It

Being an honest, hardworking employee is probably not enough to earn you that promotion. No, in the corporate world, it all comes down to being one of the team. Experts say that socializing in the workplace is downright vital to your career. When you get to know your co-workers (and preferably your boss) personally, you are likely to see them outside the workplace, as well — have the occasional dinner, hit the bar after work and order a round for the table. Hell, golf is a notoriously good way to get ahead in business. Maybe buy a set of clubs and become a regular at the same course that your boss does? That’s what gets you the camaraderie and goodwill you need to get ahead, baby!

Except … that all sounds expensive, doesn’t it? 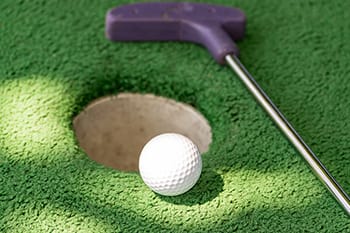 Employees from humble backgrounds, the underpaid and overworked, the single parents just trying to scrape up enough to get by — they aren’t going to have the money and/or time to invest in joyful shenanigans with the co-workers. As such, they miss those vital off-the-desk activities and get passed up for the big promotions. Consider the story of Mikki Kendall, a married mother of two who worked in an office of childless people and singles. There were workplace-arranged group lunches and twice-a-week cocktail parties. Kendall skipped both, because the economic realities and schedules of someone with two children are radically different from the office-bros who made up the rest of the company’s workforce. Instead, she focused on doing her job as well as possible and being friendly to everyone around the office. When her performance review came in, she was chastised for not being a team player, and told that she needed to “make more of an effort.” Which we have to assume is business code for “Ditch the kids and take some shots.” 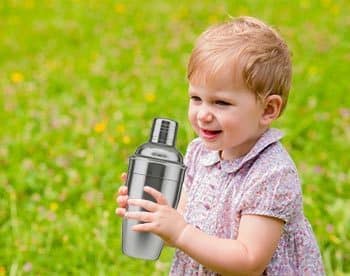 The U.S. doesn’t have mandatory paid sick leave, and many companies continue to fight against implementing any such policies. As a result, anywhere between 25 and 39 percent of private sector workers don’t have any access to sick leave at all. So they turn up at work, pushing through their worst flus and diarrheas, coughing and sneezing and throwing up and pooping like there’s no tomorrow … because if they don’t show up at work, they don’t get paid, and there might not be any more job. It’s sickening, really.

No, really, it’s literally making us all sick. The American Public Health Association considers the shortage of sick leave a serious issue. During the H1N1 pandemic of 2009, an estimated 1,500 people fucking died because sick employees couldn’t stay home, and instead ran around spreading contagion. So the next time Gary from Accounting comes in with a head cold, you know what you have to do. Attack him. Straight up attack him. This is life or death! 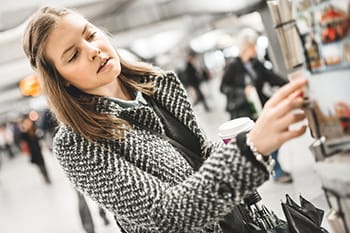 franckreporter/iStock
“Do you sell any cards that say “Get Well … IN HELL!”? I’m stocking up for flu season.”

Don’t Have A Job? You Won’t Get A Job

Ever heard the phrase “It’s easier to get a job when you have a job”? It is absolutely, depressingly true, and there is research to back it up. Earlier this year, economists from Columbia University and the Federal Reserve banks of New York and Chicago looked at 2,900 people searching for a new job, and after some number-crunching, discovered that the ones who were already employed got roughly all of the breaks. Employers were four times more likely to respond to them than their unemployed counterparts. They were two times more likely to get an interview, and three times more likely to get a job offer. And that’s not even counting the unsolicited offers and referrals they got through their contact networks. 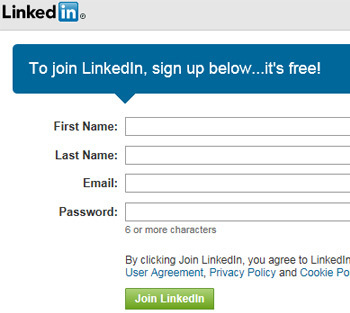 Recruiting consultant Harry Urchel notes that this may be because unemployed applicants are rustier in their game, and fail to adopt the mindset of an employed professional. They forget to ask the right questions, oversell their strengths, and generally appear a bit too thirsty. But there’s one career gap no consultant has been able to fix: motherhood. The time a woman takes out of her professional life to deal with the whole “screaming tiny human that I squeezed out and now have to feed” situation is called the mommy gap, and it messes up women’s work life for good. If a woman quit her job to have the baby, she now has to claw her way back over all those already employed fuckers shopping for a better job. Even if she managed to hold on to her existing job, her earnings and status are unlikely to ever be the same as they were. Just the act of being a mother dramatically decreases a woman’s job prospects and salary, to the tune of a 4 percent decrease in income per child, making the average mother’s earnings 5-10 percent smaller than a woman who never made the tragic mistake of perpetuating the species. Fun fact: Statistically, men who become fathers tend to see their income increase by 6 percent. We’re using an alternate definition of “fun.” 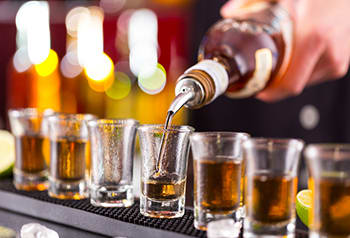 Jag_cz/iStock
Guys don’t have to miss out on nine months of after-work tequila shots, which is apparently a major key to success.

Companies are always experimenting with new and exciting ways to pay you. Well, exciting for them, in that these new methods save the company money while costing you in return. McDonald’s, Walgreens, Home Depot, and (surprise!) Walmart all prefer to pay their workers with either an electronic “payroll card” or a direct deposit in lieu of the traditional paper check. It may have something to do with “going green,” but almost certainly has everything to do with the fact that an electronic deposit costs $2.75 less for the company than a check.

Now, there’s nothing wrong with direct deposit … if you have a bank account. Which around 8 percent of American households don’t. Opening a bank account is a hassle for the poor, and the overdraft fees and assorted other dick moves can easily make it more trouble than it’s worth … as are the paper checks, which can cost freaking $7 to cash these days. This leaves them with little option but letting the employer load their wages on an electronic money card, the use of which is buried in various charges and maintenance fees. Want to make an ATM withdrawal? $1.75. Need a paper statement? $2.95. Need a card replaced? $6. Don’t use your card often enough? $7. 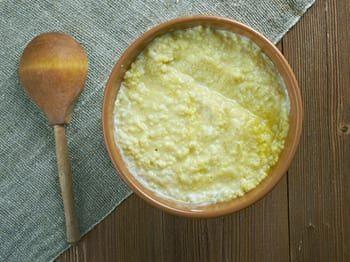 MychkoAlezander/iStock
All it’s missing is a cashback program that pays out exclusively in gruel.

And so it goes. For a person making $7.25 an hour, those hidden costs add up to a lot. When you take them all into account, many such employees actually make far less than minimum wage.

For other reasons you should probably live in a cave instead of getting a job, check out 6 Ways Companies Are Secretly Screwing Job Applicants and 5 Creative New Ways Businesses Are Screwing Over Employees.

Subscribe to our YouTube channel, and check out How Robots Already Tried (And Failed) To Take Our Jobs, and other videos you won’t see on the site!

If we’ve ever made you laugh or think, we now have a way where you can thank and support us!

Announcing the latest additions to the agenda for Disrupt SF (Sept. 5-7)