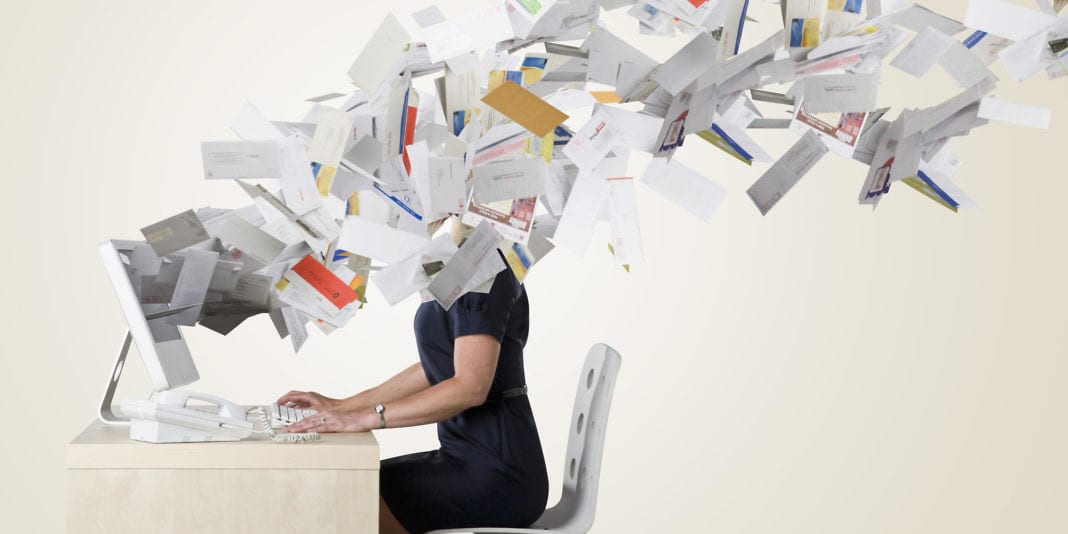 A 2015 poll showed workers report spending as many as 6.3 hours everyday just checking emails. And earlier this year, Facebook reported its users spend an average of 50 minutes everyday on its site, including the app and messaging app.

If the numbers seem overwhelming, rest assured. Americans actually reported feel lessoverwhelmed by the amount of information coming their way this year than they did a decade ago, according to the latest Pew Research Center data.

Approximately 20 percent of people reported feeling overwhelmed by “information overload” in a Pew survey reported earlier this month, compared with 27 percent reporting the same thing in a 2006 survey.

“Even though there are greater flows of information flying around, we think the fact that people have more tools to help them allows them to deal with it,” the report’s author John Horrigan, a senior research at Pew, told The Guardian.

The Pew data included survey responses collected in March and April from 1,520 Americans 18 and older.

What makes you feel less overwhelmed

Still looking for a way to feel a bit less inundated by the constant stream of content coming your way from social media, email, TV and other sources? Here’s what nine readers told us works for them:

“I’ve disabled my social media and email app alerts. I only log in when I have spare time [versus] every moment my phone dings. It helps you stay centered and on task.” Brandi Garrigus

“I make personal news feeds so I can choose exactly what kind of ‘posts’ I want to see pop up on my page. I have ‘High School friends,’ ‘Politics,’ ‘Local Photographers,’ ‘News and Weather’ and other feeds so I can ignore crazies when need be.” Donna Weckerly

“I log off for a week once a month and read, paint and cook instead.” Tashika Shah

“The secret is to scroll on by some people’s postings are not personal and some news [is] sensationalized and written with an agenda… Scroll on by and filter… And prioritize. Urgent and important have key differences.” Bevon Bernard

“I read a book on my Kindle for Mac to break up the [Facebook] madness. Works for me…” Ralph Guay

“I go back to reading my book to clear my mind.” Frances Quinn

“I clear email subscriptions at least once a week… On social media, I skim and regularly clear out pages posting excessive clickbait, sensationalist/outrageous fake news or articles. I actively seek out three to four news sites and unfollow personal feeds that work my nerves.”  Nikole Hester

“Sometimes. You. Just. Have. To. Stop. Take a breath. Let it go. I like to put feeds into categories. Family comes first.” Laura Liebel

“I used to have over 900 friends and well over 1,500 ‘liked’ pages. I got too involved in everything I felt like I was losing myself. I spent almost four hours un-friending and un-liking things. It feels so much better to only see my close family and friends’ items.” Sharon Trobaugh

Sarah DiGiulio is The Huffington Post’s sleep reporter. You can contact her at sarah.digiulio@huffingtonpost.com.