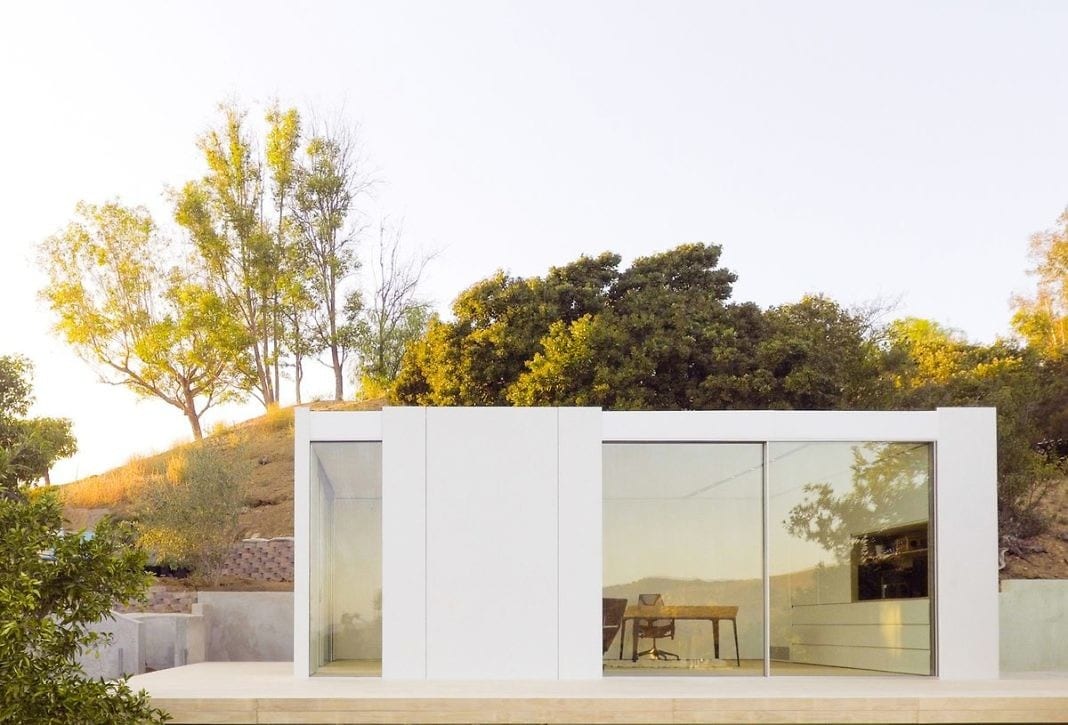 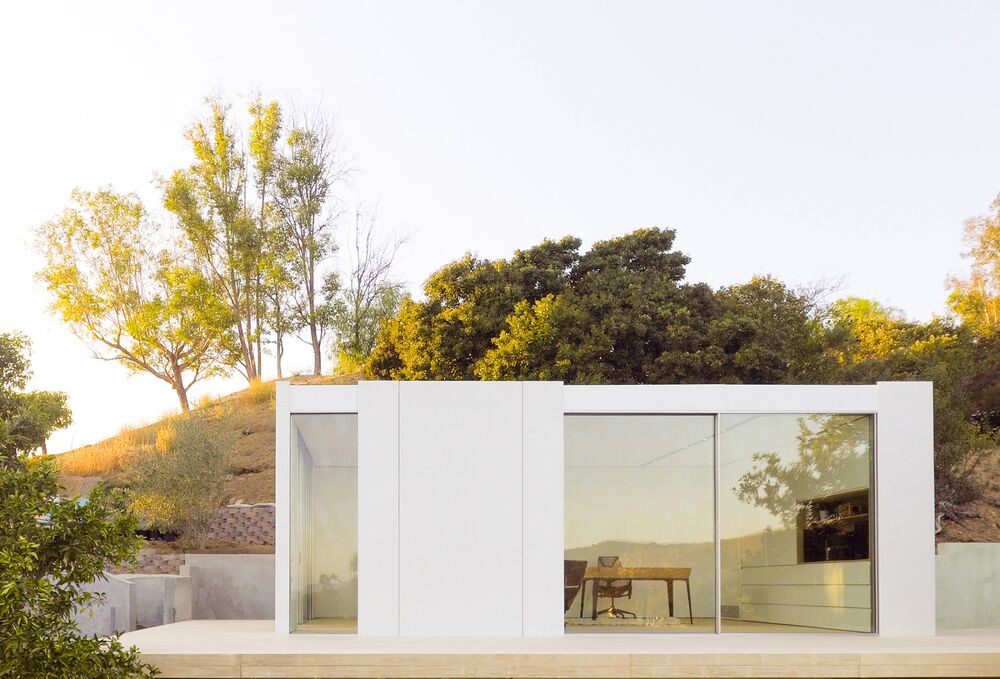 Alexis Rivas opens his Mac laptop and zooms in on a 3D rendering of a house in Echo Park, a hip neighborhood in Los Angeles. Set off from the main house, there’s a small, modern structure that his company, Cover Technologies Inc., hopes to build. “You’ve got the kitchen here, a little stovetop, fridge,” Rivas says as he navigates around the 502-square-foot unit with his cursor. “And then we can take a walk around and go into the bedroom.”

It’s the kind of design that would typically cost a few thousand dollars in architecture fees, says Rivas, who co-founded Cover Technologies in 2014. The Los Angeles outfit can put together a proposal for just $250, using software to determine whether a specific property meets local and state requirements for adding a backyard unit. If building is allowed, the company designs one of its modular, factory-built structures to fit the plot. Homeowners often hesitate to take on a project like this, Rivas says over the whir of a drill in his company’s workshop, because “they’re expected to put a lot of time or money into the process without really getting a clear picture of what they can build.”

The housing crunch in many West Coast cities has revived interest in an old idea: the granny flat. Often called “accessory dwelling units,” or ADUs, the free-standing structures can be manufactured off-site and plunked in a backyard for about $150,000, including permits and site work. Some housing experts are promoting ADUs as a small way to address the affordability crisis in high-cost places such as Seattle, the Bay Area, and Los Angeles.

Lawmakers are warming to the concept, approving legislation to make it easier and cheaper to install ADUs. And unlike some other efforts to increase housing density, these measures generally haven’t been met with fierce opposition from antidevelopment groups. Perhaps that’s because ADUs can blend into single-family neighborhoods and let homeowners profit by owning rental units. “They might be the single most promising means of upping the housing supply that is also politically feasible,” says Issi Romem, chief economist at BuildZoom, a company that mines building permit data to help homeowners find contractors.

While that interest is notable, ADUs aren’t a panacea for a state that for years has failed to keep pace with housing demand. California’s economy added 2.3 million jobs over the past five years. But the state issued permits for fewer than 480,000 new residential units over the same period, or about one home for every five additional workers.

Building enough backyard units to narrow the gap between supply and demand in any noticeable way will be challenging. An ADU is “a construction project that needs to go through zoning, regulation, financing,” says David Garcia, policy director at the University of California at Berkeley’s Terner Center for Housing Innovation. “The typical homeowner’s not prepared for that.” Many who are considering a backyard unit, he says, will want a “one-stop shop.”

A Portland-based startup offers a turnkey solution. Dweller Inc. covers the upfront costs of installing an ADU in return for a 25-year ground lease on the land where it sits. The company is responsible for finding a tenant and captures 70 percent of rental income. “We have the potential for this to be a very commonplace thing,” says Chief Executive Officer Patrick Quinton.

Dweller’s business model is untested—the company won’t install its first company-financed unit until June—as are those of several startups targeting the market. Seattle’s CityBldr started a service in March that streamlines the design and permitting process for ADUs. Cover, which has raised $1.6 million from Khosla Ventures, General Catalyst, and Fifty Years, has built only one of its backyard units, though Rivas says it has several in the pipeline.

As these businesses ramp up, they’re likely to run into a problem vexing more experienced builders: competition for materials and labor. Steve Vallejos, whose Valley Home Development has been installing prefabricated units in the Bay Area for more than a decade, is building his own factory after his manufacturing partners got busy with bigger projects. Studio Shed, a Boulder, Colo., company that’s installed more than 1,000 backyard units, including dwellings and workspaces, is concentrating on developing a network of builders, electricians, and plumbers to install ADUs. “There’s almost no upper limit in terms of the available places where people could put them,” says Jeremy Nova, the company’s co-founder. “That’s an opportunity for our business, but it’s very hard to find contractors right now.”

The robot revolution is just beginning

A new era for startup investing in Latin America