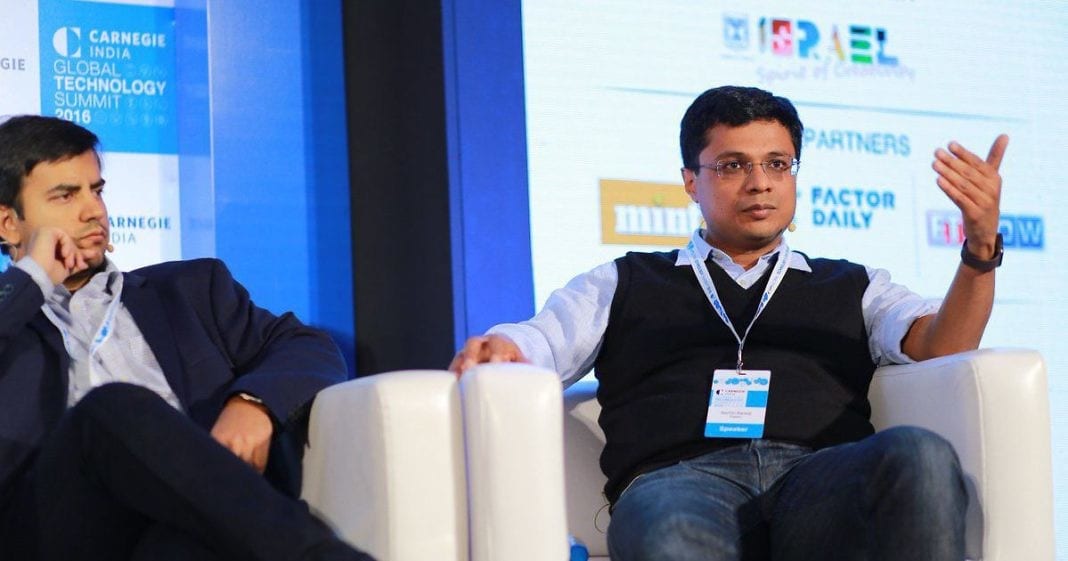 As India attracts global internet businesses to the country, local poster boys are playing the nationalism card to urge the government to favor domestic companies.

Founders of two of the most iconic Indian internet businesses Flipkart and Ola have advised the government to take Chinas approach and bend policies to foster homegrown companies.

“What we need to do is what China did (15 years ago) and tell the world we need your capital, but we don’t need your companies, said Sachin Bansal, co-founder and executive chairman of Flipkart.

Once an unrivaled ecommerce business in India, Flipkart today battles with Amazon India for the tentpole position. Though Amazon only entered the country three years ago, CEO Jeff Bezoss announcement earlier this year to make an additional $3 billion investment in India made clear how he sees the country.

Ride-hailing service Ola is in a similar position. With Uber exiting China in August, the American cab company has begun aggressively expanding in India and battling with Ola on ride fares.

What’s happening in both our industries (is that) there is narrative of innovation that non-Indian companies espouse but the real fight is on capital, not innovation. The markets are being distorted by capital, said Bhavish Aggarwal, the CEO and founder of Ola.

It’s much easier for non-Indian companies to raise capital because they have profitable markets elsewhere, he added. You might call it capital dumping, predatory pricing or anti-WTO but its a very unfair playing field for Indian startups.

Their remarks, made at Carnegie India Global Technology Summit, has stirred a debate among VCs, investors and many who see it as an admission of fear to their respective global competition, and also ironic for many reasons.

.@bhash: In India, the real fight is on the capital side, no dearth of innovation. This creates an unfair playing field. #GlobalTechSummit pic.twitter.com/PlA3pMOzyp

.@_sachinbansal of @Flipkart: What we need to do is tell the world we need your capital, but not your companies. #GlobalTechSummit pic.twitter.com/F60s3AfLjD

The Truth About the Gig Economy