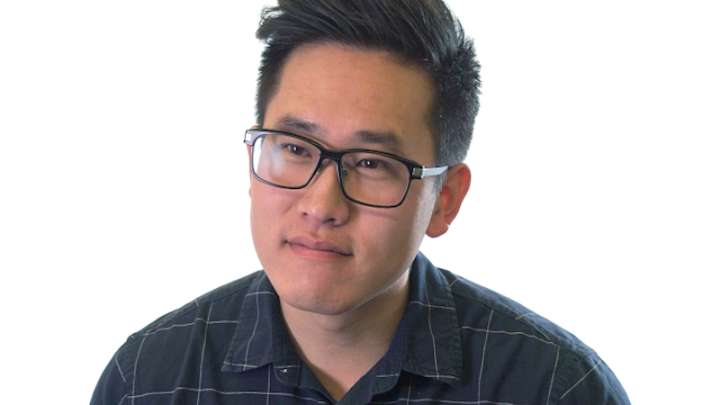 Sisun Lee loved his job as an engineer at Tesla. He had absolutely no intention of quitting and starting his own company.

But what started out as a fun side project to find a cure for hangovers has grown so big, he felt he had to quit his job this week and launch a company.

On July 5, his startup Morning Recovery, will be open for business, where it will sell an FDA-compliant hangover cure.

The whole thing started about a year ago, when the then 26-year-old Lee took a trip to his home country of South Korea, a land known for its partying ways. And that meant he spent a lot of time with his friends getting drunk. But instead suffering from hangovers, his Korean buddies turned him on to the hangover cure drinks that are popular there.

Those drinks worked for him, Lee told Business Insider. “The next day, I woke up feeling great.”

When he returned to the US he searched for similar drinks but they didn’t work for him as well. He bought some Korean ones online and shared them with his friends, particularly his buddies at his former job at Facebook. They loved them and everyone wanted more.

“I tried to import them” and become a distributor, he told Business Insider, but these companies weren’t interested in having someone they didn’t know, with no background in beverages or consumer goods represent them in the US.

Then he got an idea. Could he just make the drink himself? He had taken three years of nanotechnology/biotech engineering in college before changing majors to computer science.

He started researching the ingredients and discovered the work of Dr. Jing Liang, a UCLA researcher publishing papers on herbal remedies for hangovers.

The herb that stops hangovers

It turns out the secret ingredient, according to Liang’s papers, is an herbal compound called dihydromyricetin (DHM) found in the Oriental raisin tree and rattan tea, Lee says.

Herbal drinks from these trees have been used to cure hangovers in Asia for thousands of years, Lee discovered.

Hangovers are caused when we drink more alcohol than our livers can handle, and a type of toxic acid builds up, he said.

Too much of that acid causes inflammation like a headache. Too much too fast can cause vomiting. DHM helps the body remove this toxic acid, he said. (Here’s a link to a more technical explanation.)

He also learned that for a hangover drink to really work, “Purity matters, quantity matters, and you need a lot of other ingredients for hangovers. You lose Vitamin B and Vitamin C in the body. These are all things that are not in Korean hangover drinks,” he said.

With the help of Dr. Liang, who agreed to advise him, and a few of his other tech engineer friends, they created their own formula.

Getting drunk for the sake of his company

Once he had the formula, he needed a contract manufacturer to make it in large enough quantities for him and his friends. So he took a two-week trip to Asia. At first, he tested their sample runs on himself.

“I was basically getting drunk every single night,” he said. His hangover formula seemed to work, “but I’m super skeptical. I wondered, did I not drink enough?”

So he took videos of himself drinking it up to verify to himself that he was really getting hammered.

He also tried skipping the drink to verify he would still wake up hung over.

He needed more guinea pigs. He asked his friends to distribute the drink to more people and the feedback was good. 80% said it helped them.

“We were still very skeptical. We wanted to eliminate bias. We needed to give it to people who didn’t know us at all. But we couldnt get enough strangers to say, ‘Yeah Ill get drunk and take this really weird sketchy drink from you,” Lee laughed.

They put up a simple Web page explaining the science behind the drink, he posted it on Facebook and asked his friends to share it. A VC in Toronto saw the post and put it on Product Hunt, a website that helps launch new products.

And his hangover cure blew up.

“Overnight we became No. 2 on Product Hunt. We werent even a startup. We were just people doing this thing,” he said. That day 10,000 people signed up to try it. News stories about the drink began popping up.

“We had to apologize, and changed the web page from offering to send a sample to a waitlist,” he said.

Word spread. Over the next week, 20,000 people signed up on the waitlist. Then 30,000 people. He started a private Facebook group so he could interact with a reasonable number about the drink, and it ballooned to 800 people. His inbox is flooded with emails asking for it. He was even contacted by Shark Tank, he says.

He raised a small seed round from Slow Ventures, 500 Startups, and other angel investors to fund a real production run.

And it became increasingly obvious that he had to quit his job and give running this company a try.

“Leaving Tesla was a very tough decision. If I could have done both, I would have,” he said. But he feels like he’s been handed a very specific job to do: cure hangovers. And he’ll always regret it if he doesn’t try.

While the formula is FDA compliant today, meaning all ingredients are approved as a food supplement, he’s even hoping to one day go to the next, biggest level and get “FDA approval” for the formula, he says. If that happens, doctors would be able to prescribe it as a drug, an actual cure.

There must be a lot of people in the world who would say “cheers” to that.

Read the original article on Business Insider.Follow us onFacebookandTwitter. Copyright 2017.

Read next on Business Insider: Scientists have developed a new way to predict when you’ll die

Who will be hit hardest by net neutrality? Marginalised America | Carmen Scurato

IRL wants to get people together offline

Coya raises $30 million to launch its insurance service in Europe