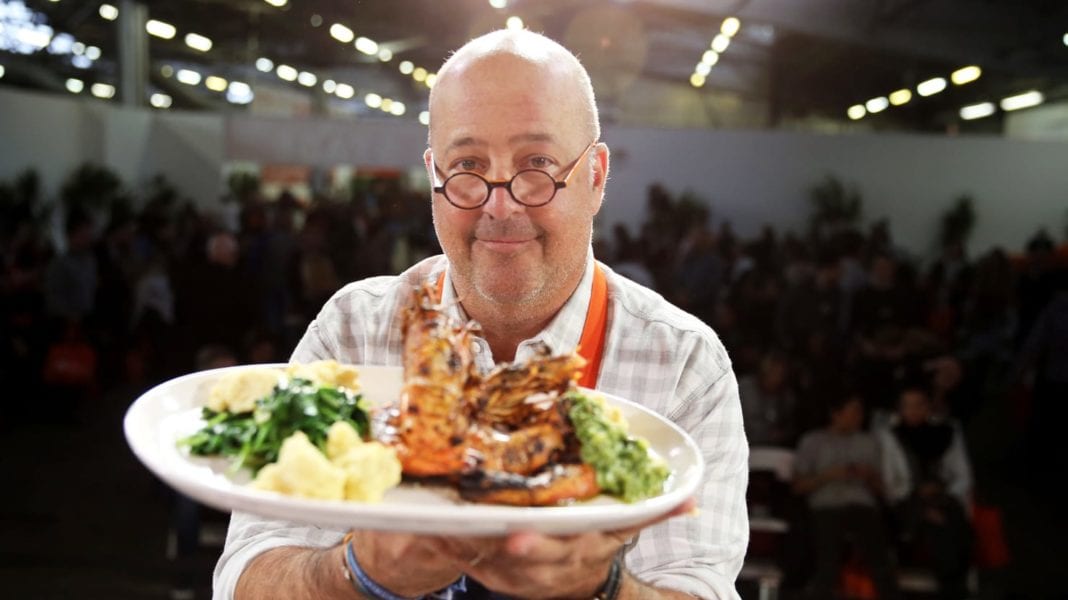 You eat for a living, so when you’re at home has cooking lost any of its joy? “No. It’s increased. Cooking for me, especially at home, is my yoga. I will work 20 days in a row, come home at midnight and have to get up at six to go do something in the Twin Cities workwise and come home and everyone is like we’ll order in Chinese or will do whatever, and I’m like no, I just want to cook dinner for everyone. That’s my yoga. That’s where I can calm down. I don’t think about anything else. I’m just thinking about the food. It’s a daily practice that at least for me, it may sound hokey, has become a spiritual thing. Because it’s a calming, personal time that then flips itself on its ear, which is why cooking is so magical, and becomes a way to connect with other people.”

Before I leave for a trip, I like to make food for my family and put in the fridge. Do you ever do that? “Always. I cook a lot every Sunday. That’s my day to cook three, four, five things. Put it in the freezer. Put it in the refrigerator. You do some smart menu planning with dishes that are not going to fall apart after one day. I don’t like sauté Dover sole on a Sunday and label it Thursday dinner. Especially being in Minnesota and the way that our lifestyle is, we’re big meal in a bowl people.”

Casseroles too, of course. “It’s a really, easy fun way to cook. They can actually be very elegant. Whether it’s fancified chicken dumpling or a veal braise with mushrooms and dill and sour cream that echoes some Austro-Hungarian vibe. I don’t think there’s a time in the last five years that you could open our fridge and not see some kind of grain salad, three or four different vegetables that are prepped to a certain point. I’m a big steamed vegetable prep cook. If I see three or four items in the store that look nice—asparagus, artichokes, Brussel sprouts, sweet potatoes—you can cook them to a certain point, so right before you’re going to serve you can then put the final touch on them. Example, if I slow roast some sweet potatoes, don’t put any color on them but just get them to tender and take them out of the oven and slice them into one-inch thick rings and stick them in a little tray and wrap them in the refrigerator, they can be pan fried for two or three minutes and they could be heated up for a minute in the microwave and then whipped with brown sugar and goat butter. By the way, roasted sweet potatoes mashed with brown sugar and goat butter is like a holy trinity of flavors that will blow people’s minds.”

I have a tendency to bring home a lot of stuff from my travels, which doesn’t thrill my wife. Does your family like what you bring home? “Here’s my wife’s feeling, I have too much junk. Why are you bringing stuff home? You don’t use half of it. The last thing you brought home you only used two years later. I’m like, yeah but I knew I had it and when the time came I was able to do it. If it’s not a video game my son doesn’t have any interest in it what so ever. And when I talk about the story of why it was so moving to me or what it represented, they sit there and do the international sign for you’re boring me, which is sticking their finger in their throat and looking at me like I’m crazy because they have absolutely no interest in what I do at work. Zero. Couldn’t care less. If all my work life went away I think they would be happier.”

Speaking about collecting, some chefs bring back spices from around the world. I feel like you have a dozen types of salt in your house. “Probably 30. Salt is very easy to bring back. Salt stores are very popular now. There are some famous ones, especially in the Pacific Northwest. Portland has what I think is the best one. There are hundreds of varieties of salt. The Japanese make 200 varieties alone, some of which they expose to certain wood and chemicals to actually bring out an almost rotten egg flavor. Salt from the South China Sea tastes different than Moroccan salt, which tastes different than salt from Southern California.”

How about other spices? “I collect all of that from around the world. Hot chilies. Wild herbs. When I was in Cyprus in the summer time there are bundles as big as you and me put together of wild rosemary, wild thyme and wild mint. How do you walk past that? So, I find a way to wrap it up in a garbage bag and shove it in a light kit and take it home. It’s all limp and I dry it. Wild Mexican oregano. How do you walk past that?”

Andrew Zimmern is a three-time James Beard Award-winner and host of hit show Bizarre Foods on the Travel Channel.