Scooters have taken over Santa Monica, caused fury in San Francisco and are spreading to other US cities and likely Britain. Are they fun and environmentally friendly or a dangerous nuisance? 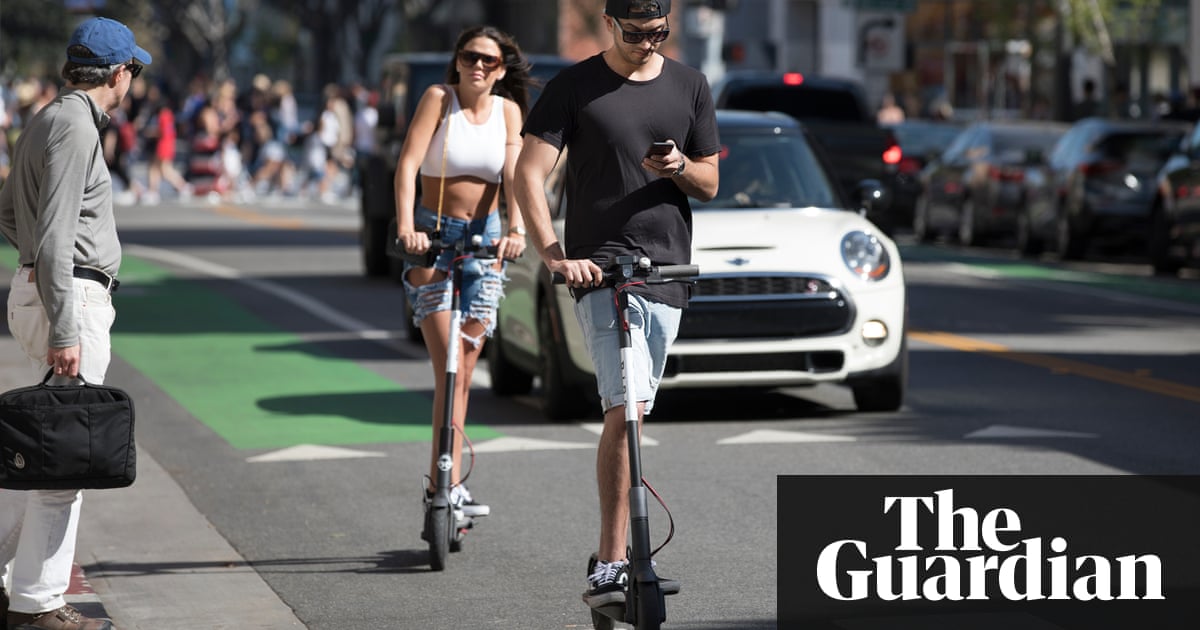 Electric share scooters have taken over Santa Monica, an affluent beachside city on the edge of Los Angeles, but as they swiftly spread across other cities in California and the US a backlash is already gathering force.

Download an app, scan a scooter’s barcode and away you go, zipping at up to 15mph to your destination. You leave the scooter on the pavement for the next rider.

Bird, a startup run by former Uber executives, launched the scooters in Santa Monica last September. Hundreds were deposited around the city overnight, the devices so ubiquitous people literally tripped over them.

They have thrilled, bemused and aggravated – feelings San Francisco, San Jose, Austin and Washington DC are now experiencing as scooters from Bird and two other startups, LimeBike and Spin, hit their streets, with dozens more cities due to receive them this year.

A full-scale backlash is under way in San Francisco, where some scooters have been tossed into trash cans and lakes. The city attorney has threatened to impound scooters, calling them dangerous, unlawful and examples of tech arrogance. City hall is exploring ways to regulate the devices.

Coinstar machines will start selling Bitcoin at the grocery store

Google, Facebook, and Microsoft Are Remaking Themselves Around AI