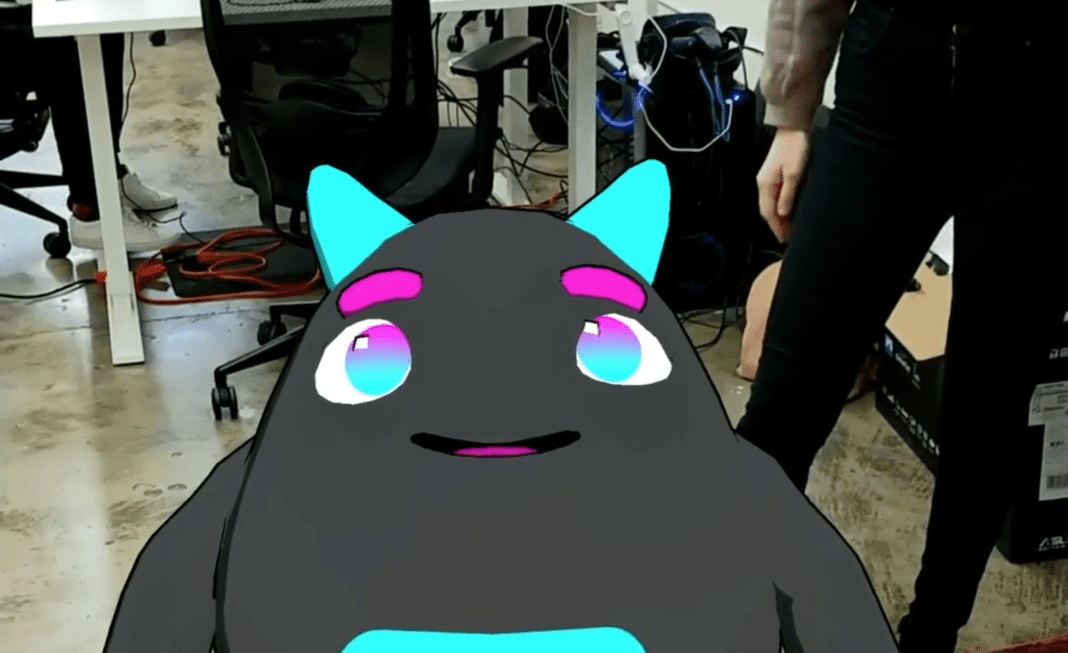 If you spend enough time scrolling through manicured photos of manicured lives on social media, you might come to the realization that maybe the fakeness of the online world has started to look too real.

This might be why so many investors are starting to stare headlong into the world of avatars and digital influencers that aren’t real people but can learn from their audiences in real time. Earlier this week, I chatted with a pair of interesting founders from the startup Artie. The team is basically trying to create an interaction engine for digital avatars to sit in the real world and have some sort of meaningful interaction with users through phone-based AR.

The startup’s backers include Founders Fund and YouTube co-founder Chad Hurley. Co-founders Armando Kirwin and Ryan Horrigan both come from some top startups in the VR media space.

Artie’s sort of autonomous storytelling platform really focuses in on a couple of emerging trends.

One is this big idea of digital influencers revving up in Japan and Korea that’s basically leveraging all of these new face-tracking capabilities of smartphones to allow users to craft 3D avatars that are sort of animated, abstracted online personalities. It’s started to make waves stateside, but it’s a slower grind. Artie isn’t necessarily looking at user-generated content at this moment, but the company’s work in more branded moments with already leveraged IP is an interesting first step toward something bigger.

Artie is also an AR company. The phone AR market really seems to have a number of usage obstacles to overcome. Despite the excitement coming from Apple and Google, platforms like ARKit and ARCore have mostly arrived with a thud. There are a few companies trying to build out some more fundamental backend capabilities to enable shared experiences that adjust to their surroundings, but it’s unclear where the missing link really is in getting people to use a feature that’s really just sitting dormant on their smartphone.

The company is working with WebXR standards that will basically allow anyone to tap a link on their phone and plunge straight into an experience where the avatar is inside their physical space. The video below gives some early insight into what their platform is going to offer.

As niche as this market sounds, Artie isn’t totally alone here, Google has actually flirted with this in its Playground release on Pixel phones, where users can jump into photos with 3D characters who are somewhat aware of their environments. For Artie, the deeper interactions between the avatar and characters is really where they hope the magic comes into view. Their platform carries out emotion tracking and object detection to give Unity developers some freedom to let users interrupt the avatars and send them on tangents, all while learning from the user in how they interact with the character and want them to act.

“Think of it like how YouTube, back in the day, established this notion where content creators could for the first time get closer to their audiences through the comments, but it always happens post-mortem after the video was published and would inform what would happen next week,” Horrigan told TechCrunch. “So the difference here is that we’re actually bringing that intimacy between audience and content creator in real time.”

The co-founders both share some big ideas for the direction of storytelling that leverages deep learning to tell the content creators more about the world and audience they’re building for. Artie is at the forefront of some interesting but deeply odd market trends, ones that are probably driven as much by the state of pop culture as they are by tech capabilities, though it’s all still early tech coming from a small team.

The founders say they’ll start working with some early “power users” like media companies and celebrities in the first quarter of next year to start building out the first experiences for Artie on their “Wonderfriend” engine.

Hipsters, Australia is the place to be making whisky