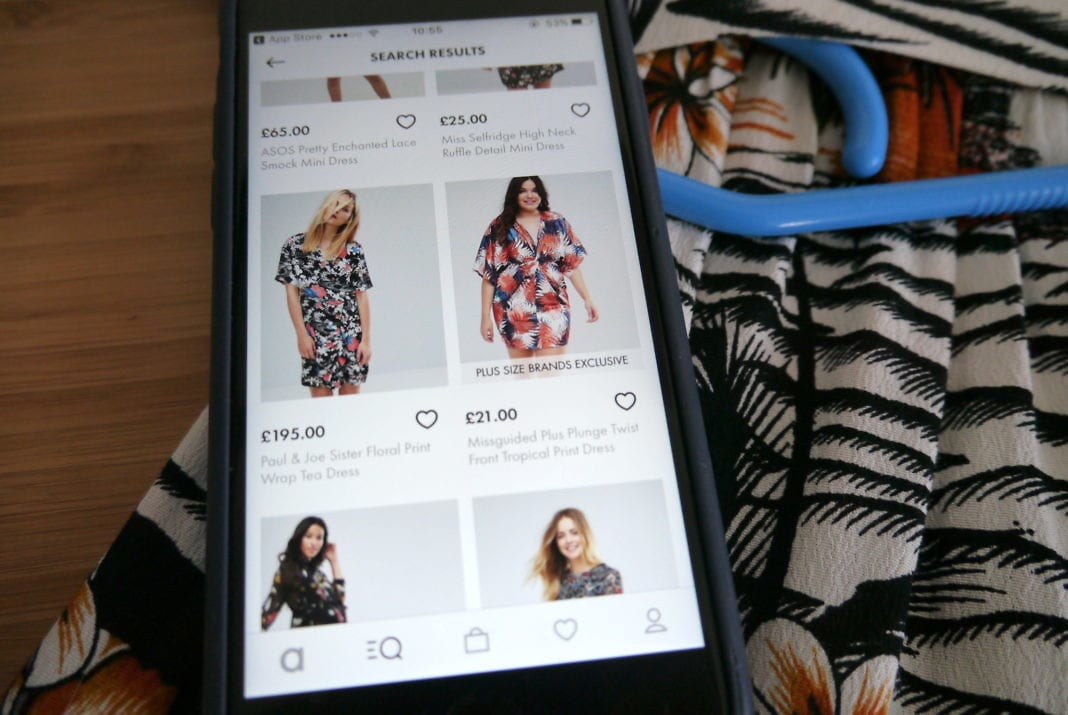 Computer vision continues to find its way into all sorts of apps as the underlying tech powering convenience-oriented image searches. Latest and it must be said late to the party is fashion ecommerce player Asos, which has just added a visual search feature to its iOS app.

The update lets iOS users snap a photo of a garment or fashion accessory with their device camera or pull in an existing outfit shot or Instagram screengrab (say) from their camera roll and have the app show clothes items that are at least in the general fashion ballpark of whatever it is theyre trying to find.

Asos says the visual search will be rolled out to their Android app soon.

The company says 80 per cent of UK traffic for ASOS comes from a mobile device, as do almost 70 per cent of UK orders with consumers spending 80 minutes per month on average in the app.

We tested the feature on a few items of clothing and it worked reasonably well. Its not necessarily going to find a perfect match not least because there are only 85,000 searchable products in Asos index but when not matching quite right for form, it was at least pulling in similar sorts of patterns. So you end up with the same sort of fashion feel at least.

Given the specific ecommerce use-case here, where Asos aim is to drive sales of its stock by greasing the clothes discovery pipeline (being as text searches are pretty tedious, especially so on smaller screen devices), youd expect a bit of wiggle room in the search results exactly to encourage a bit of serendipity in the shopping experience.

The UK-based company is a long-time player in the ecommerce space, having launched on the web in 2000 so its by no means pioneering visual search tech here (nor is it building the underlying tech itself, but says its partnered with an unnamed startup to deliver the visual search).

Over the last five (or so) years there have been a large number of startups attempting to build fast and convenient visual search engines, often specifically for fashion, including the likes ofASAP54, Craves, Donde Fashion,Slyce and Snap Fashion, to name a few.

Tech platforms have also recently started paying more attention to visual search too, spying potential to combine the vast quantity of visual data they hold with recent developments in deep learning/AI technology that is helping realize the potential of computer vision.

For example,Pinteresthas launched a camera-based search feature that turns a real-world object (e.g. an avocado) into a series of Pinterest results (e.g. recipes for avocado).eBayalso has its own ecommerce-focused image search in the works, due for launch this fall.

While at its developer conference earlier this year, Google announced Google Lens demonstrating how it intends to bake awareness into mobile cameras, by applying computer vision smarts so the software will be able to understand what the lens is being pointed at.

Trucker Path just lined up $30 million in debt to lend to the truckers...